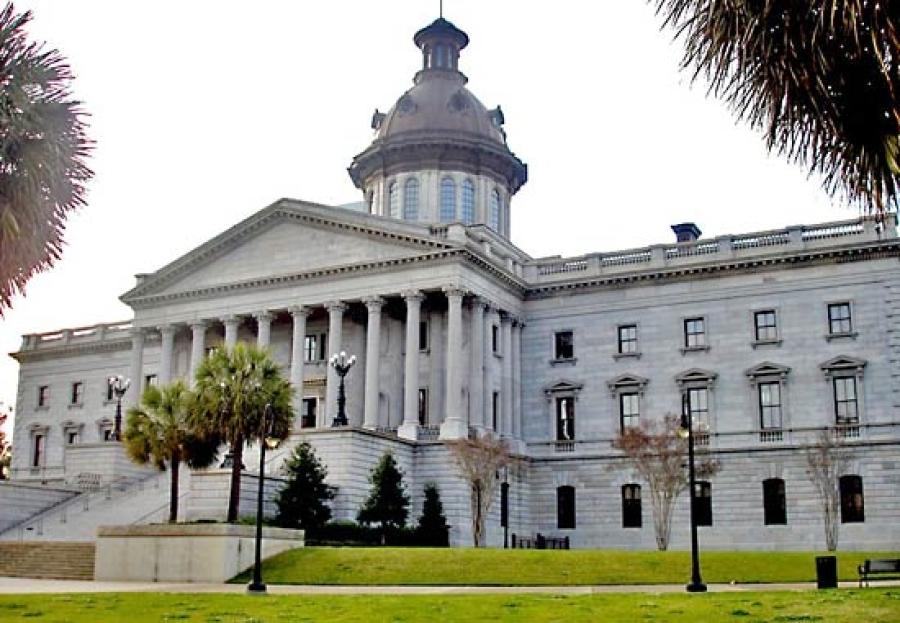 The override votes — 95-18 in the House and 32-12 in the Senate — culminated a three-year legislative effort, backed by business and trucking groups, to find a reliable revenue stream for repairing South Carolina's unsafe roadways and bridges.

House Speaker Jay Lucas said McMaster, who replaced Nikki Haley as governor in January and is seeking his first full term in 2018, put the advice of campaign consultants over South Carolinians.

“The governor has chosen to place politics over policy. That doesn't solve problems,' said Lucas, R-Hartsville.

The law will raise the gas tax by 12 cents per gallon over six years, to 28.75 cents, though a provision allows South Carolina drivers who itemize their taxes to recoup their extra costs during the phase-in. The first two-cent increment, taking effect July 1, will be the first gas tax hike in 30 years.

It also would increase and create other fees, to collectively pump an additional $177 million into roadwork next fiscal year. Once fully phased in, the bill would raise more than $600 million annually and cut other taxes by $105 million.

McMaster contends the DOT would have enough money, if only the Legislature didn't divert taxes currently paid at the pump and use gas taxes to pay highway workers. Legislators in both parties scoffed at the claim.

According to the DOT, diversions to other agencies — including gas pump inspections, upkeep at welcome centers and cleanup of underground oil tank leaks —collectively represent roughly a penny of the 16.75-cent-per-gallon tax. The salaries and benefits of roughly 3,000 highway maintenance workers are funded by four cents of the per-gallon tax. But even if all of the agency's employees worked for free, their salaries would pave just two percent more of the roadways annually, DOT Director Christy Hall has said.

Lucas noted that McMaster requested $5 billion from the federal government for South Carolina's roads and asked the House to substitute a bill borrowing $500 million for repairs at state-owned facilities to instead borrow $1 billion only for roadwork.

McMaster also isn't considering the cost of inflation, he said. Every $1 of gas tax collected in 1987 equals 46 cents of buying power today, according to the federal Bureau of Labor Statistics.

“His claims simply provide a pretext for avoiding difficult decisions,' Lucas said. “His claims provide political cover for not leading.'

Rep. Neal Collins, R-Easley, voted against the override, saying the law's tax increases will impact the poor and elderly and won't even solve the problem.

Earlier this year, Hall said it would take an additional $1.1 billion annually over 25 years to bring the entire system to good condition. So while people will see substantial improvement, potholes and other problems will remain despite the new spending, Sheheen said.

“There are limits to what we can ask from the people of South Carolina,' he said. —AP