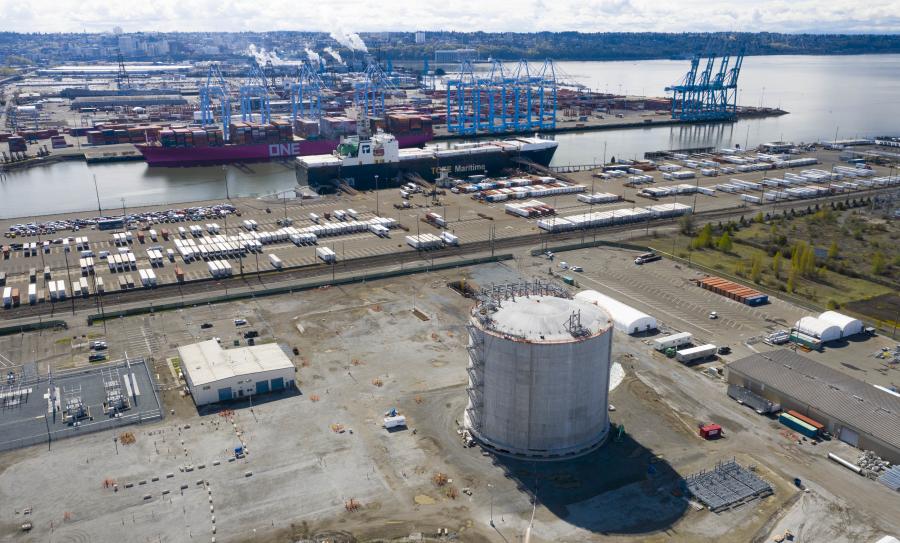 The News Tribune reported the Puget Sound Clean Air Agency announced that it had completed its review of the facility's notice of construction application, including public comments. The agency said it made a final determination that the proposal meets all the requirements agency regulations and should be approved.

In a separate statement executive director Craig Kenworthy also said approval of a permit application "is not an endorsement of a project" and that there are issues around the proposal that they are not authorized to pass judgment on including water quality impacts and offsite safety issues.

Puget Sound Energy, in an emailed statement to The News Tribune, said they appreciate the agency's work, saying now they can move forward on the facility.

The Puyallup Tribe of Indians's tribal council said in a statement it is disappointed in the agency's decision, will review it and determine what action to take.

Sierra Club campaign representative and Power Past Fracked Gas coalition co-director Stephanie Hillman called the approval unacceptable and said that the groups would continue to fight against it.

The Port of Tacoma applauded the decision, saying their commitment to reducing air emissions and creating a safer environment for their community remains a top priority.

Appeals on the decision would be heard by the Washington State Pollution Control Hearings Board in Olympia.