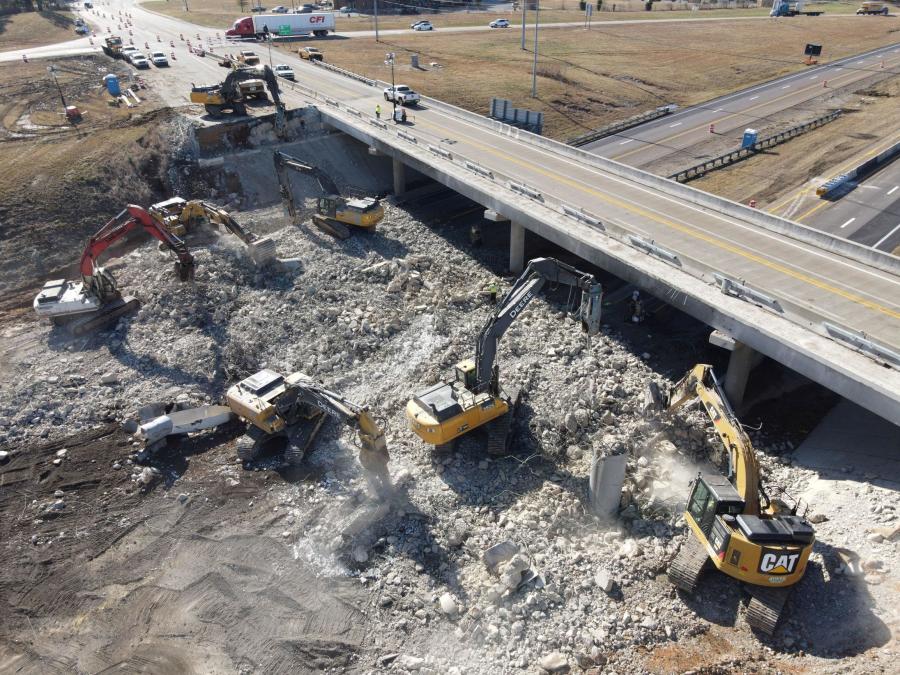 Construction crews in Tennessee are working on 5 mi. of Interstate 40, starting at the North Highland exit and continuing east to the Highway 70 exit. The roughly $88 million effort, which began in November 2020, will widen the interstate from four to six lanes, and also replace five bridges, including three overhead/overpass structures and two interstate bridges over railroads.

"Traffic has grown leaps and bounds since the interstate system was built in the 1950s," said Nichole Lawrence, Tennessee Department of Transportation (TDOT) community relations officer. "Currently, there are approximately 45,000 to 50,000 vehicles that travel this area of I-40 in a 24-hour period, with a lot of that being commercial vehicles." 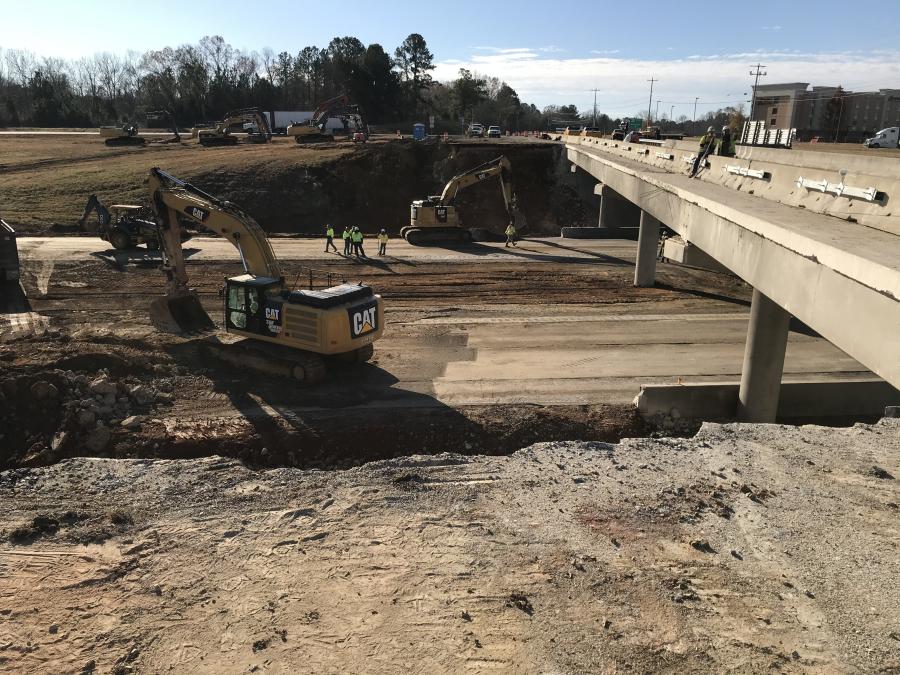 The project will serve drivers traveling across the state by way of Interstate 40, as well as freight moving through the region, and motorists who travel in and around Jackson, Tenn., down interstate 40.

"Lane closures on the interstate are typically done at night or the weekends, when traffic is lighter," said Lawrence. "We work closely with our media outlets, as well as social media, to keep motorists advised of lane closures or shifts happening in the construction limits. We always keep in close contact with the trucking industry, so they can work out route changes as needed. And drivers seem to have adjusted well. There are always a few bumps along the way, but motorists seem to be patient with us, so far."

According to Cody Roberts, TDOT District 48 engineer, now is an ideal time to perform the work.

Roberts said widening the roadway required a great deal of planning and coordination.

"Drainage first must be installed in the center of the roadway, which consists of pipe, catch basins and underdrain. Once complete, crews will begin placing dirt over the pipe and bringing it up to grade. Once the dirt is installed to correct elevation, gravel is placed over top and brought up to the correct grade. Then a layer of A-S mix asphalt, which is an asphalt that lets water move through it, is placed. The A-S layer of asphalt is then covered with A mix asphalt, which gives the roadway strength.

"After the A mix is placed, it's covered with a BM-2 mix, which is a binder between the strength of the roadway and the surface layer. The BM-2 mix is then sealed with a thin lift [TLD] layer of asphalt, and the final surface layer will be an open graded friction course [OGFC] asphalt. The OGFC allows water to move through it, so that during rainy conditions there is no overspray from traffic. The TLD layer is placed to seal off the pavement and not allow the water that moves through the OGFC to penetrate the sub-base. A 51-in. barrier wall also will be constructed in the center of the roadway, along with median lighting."

Building the five new bridges also is a significant undertaking. 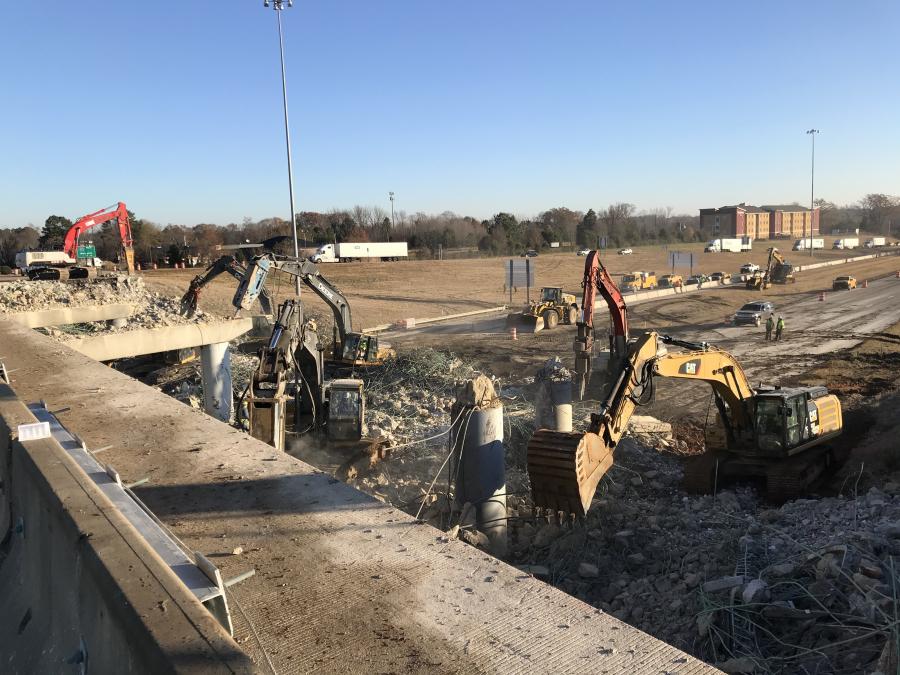 "First, the old structure must be removed. Once it's out of the way, dirt must be excavated down to the bottom of the abutment elevation. Steel or concrete piling is then driven to a depth based off bearing and the geological characteristics of the soil. The same happens for the bents. Once piling is driven for the abutments and bents, the abutment and bent cap steel is placed, and they are formed, and concrete is poured. Once complete, the beams are set in place. The steel is then placed for the bridge deck and concrete is poured. Once all that's complete, all the parapet walls, guardrail, bridge approaches, asphalt transitions, striping and signage is installed before traffic is placed on the new structure."

Roberts said construction of the bridges is the most time-consuming portion of the work.

"There are many components involved with bridge construction, and many steps to complete. Concrete also has cure times that must take place before the next steps can begin.

"There is a lot of work on the front end, in the development stage, securing easements, permits and agreements with the railroad; however, the construction of the railroad bridges themselves does not really differ from any others."

As part of their work, pipe crews are installing drainage in the median where the widening is taking place, and grading crews are hauling and placing dirt and rock in the median. There also are clearing crews removing trees and brush from the ROW, and electrical contractors running conduit for ITS and lighting.

The first work to be completed was getting traffic shifted to the outside shoulder, which required strengthening the pavement to support interstate traffic. Traffic has been adjusted to allow crews to begin work in the median and on the bridge structures. 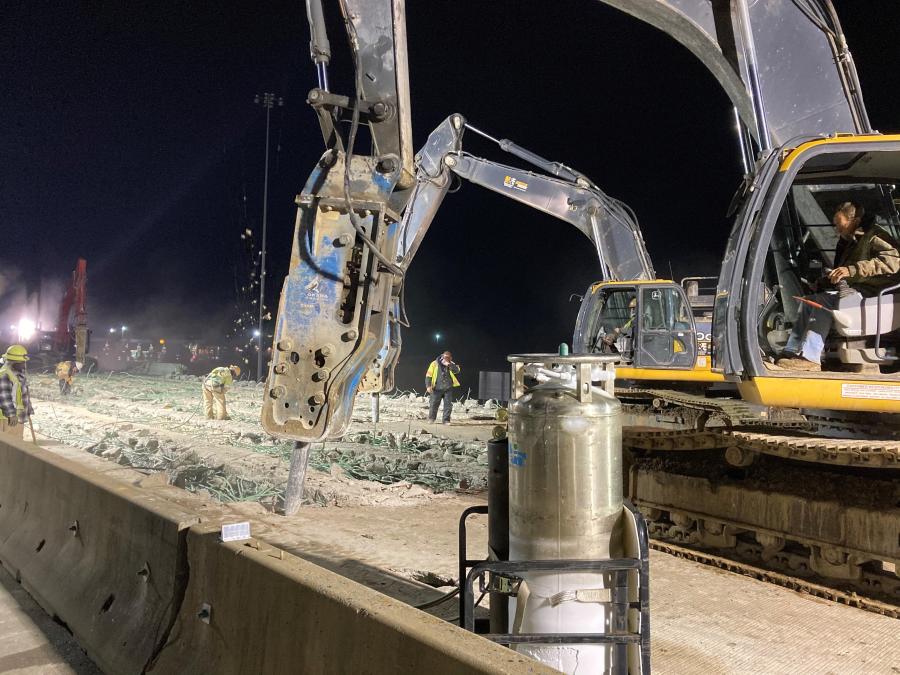 "Jones Bros. has completed a lot of high-priority projects across the state of Tennessee," said Lawrence. "With their experience and forces, they are a good partner to make this a successful project."

"Including weather, with it affecting the aggressive schedule. Also, personnel, due to the labor market, and traffic, as this section of I-40 is a heavily-travelled corridor between Memphis and Nashville."

Scott said the time frame to complete all work is especially concerning, due to the total number of crews, with each performing different tasks in a close proximity.

The expected completion date for all work is November 2022. CEG