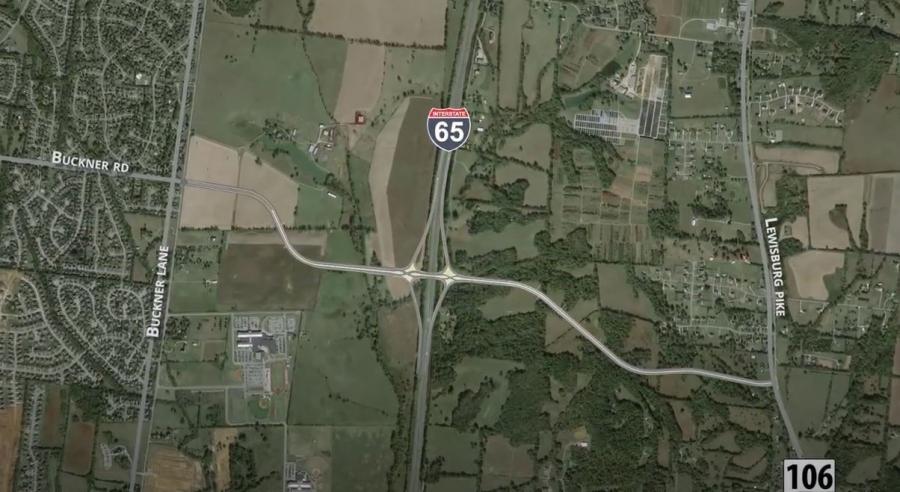 A design-build contract valued at $54.3 million has been awarded to Nashville's Bell & Associates to construct the new Interstate 65 and Buckner Road interchange in Spring Hill, Tenn.

The Tennessee Department of Transportation (TDOT) did so with the expectation that the project would be completed by May 2023.

The design calls for the extension of Buckner Road from Buckner Lane to Lewisburg Pike across I-65 with a diverging diamond interchange (DDI). The city of Spring Hill kickstarted the project with a $25 million BUILD grant from the U.S. Department of Transportation in late 2018.

"The city of Spring Hill's diligence in securing this competitive grant put this interchange on the fast track," said TDOT Commissioner Clay Bright. "TDOT has an aggressive schedule to meet, but the design-build contracting method allows us to tap into the innovation of the private industry and deliver the project in a much shorter timeframe compared to traditional design-bid-build projects."

Bell & Associates has partnered with engineering firm Neel-Schaffer for the interchange project and the tentative schedule is as follows:

Located south of Nashville, in Williamson County, the newly constructed exit off I-65 at Buckner Road will be the site of the new DDI. The unique crisscross design of a DDI allows two directions of traffic to temporarily cross to opposite sides of the roadway to travel across the overpass, and then cross back and resume the original travel pattern. The DDI uses concrete dividers, stop bars, traffic signals and extensive signage to guide motorists through the interchange.

Currently, three interchanges are within 5 mi. of the proposed highway junction, including Saturn Parkway, I-840 and Goose Creek Bypass. These interchanges accommodate commuter traffic between Maury, Williamson and Davidson counties, but they are reaching capacity, which is limiting development in the area, according to the TDOT.

The purpose of the I-65 interchange project is to improve regional connectivity and accessibility to the interstate system by providing direct access to Spring Hill and reducing traffic demands at the existing interchanges. The safety and operation of nearby local routes, including Saturn Parkway, Lewisburg Pike, Port Royal Road and Columbia Pike (U.S. Highway 31), also would be improved by the construction of the new interchange.

The request for this interchange was submitted by Williamson County and the city of Spring Hill in coordination with the TDOT and the Federal Highway Administration.

Interstate 65 will remain in its current configuration with four 12-ft. travel lanes (two lanes in each direction), 4-ft. inside shoulders, and 10-ft. outside shoulders.

The extension will intersect with Buckner Lane to the west and Lewisburg Pike to the east. Both intersections will be signalized with additional travel lanes and turn lanes to accommodate traffic.

Additional improvements to connectors roads, including the existing intersection at Buckner Road and Buckner Lane, are planned by the city of Spring Hill.