The changes include nearly two acres of permanent pedestrian space, new lighting and electrical work and a southbound bike lane. 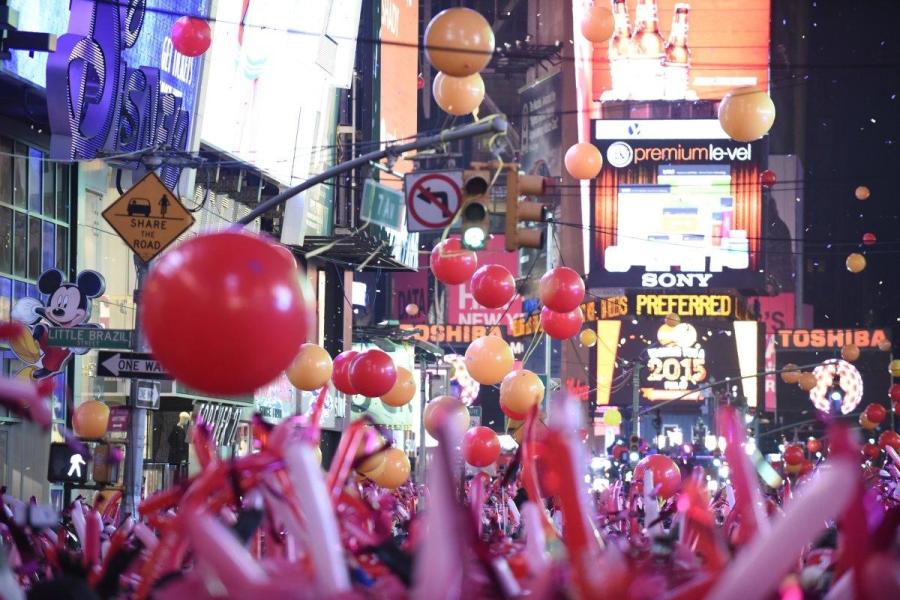 The long-running Times Square construction that turned the Crossroads of the World into the center of hell is finally over, officials announced Dec. 28.

The changes include nearly two acres of permanent pedestrian space, new lighting and electrical work and a southbound bike lane.

Workers finished the job just in time for the New Year's ball drop, which brings millions of people to Times Square.

"There will be no more iconic place to ring in 2017 than Times Square," Mayor de Blasio said in a statement.

The construction officially began in 2013, but work on the pedestrian plazas — which took the place of vehicular traffic on Broadway between W. 42nd and W. 47th Sts. — started in 2009.

Along with the end of construction, officials pointed to regulations passed over the summer as reason to expect it will be easier to get around Times Square.

Those rules — which were proposed after the Daily News highlighted the spate of topless performers clogging up Times Square and aggressively panhandling — confine the “desnudas” and costumed characters to designated areas.

Officials say the measure helps ease the crunch for people trying to walk through Times Square.