Chinese manufacturers sent more than 500 million pounds of drywall to the United States about the same time in 2005 that Katrina was flooding New Orleans.

The copper coils on this air conditioner unit are blackened and corroded.

NEW ORLEANS (AP) - Thomas Stone says Chinese drywall has ruined his life, repeatedly corroding fixtures and appliances in the house he bought and rebuilt after Hurricane Katrina. A hearing Tuesday will decide how much money he and 3,000 other homeowners can get to replace the drywall made by Taishan Gypsum Co. Ltd.

About 1,000 more cases don’t fit into the dollars-per-square-foot formula to be set by U.S. District Judge Eldon Fallon and will be tried individually, said Arnold Levin of Philadelphia, one of many plaintiffs’ attorneys in the case.

Fallon has set aside a day to hear expert testimony in the nonjury trial for homeowners from Virginia, Florida, Alabama, Mississippi, Louisiana and Texas. Homeowners won’t be testifying, Levin said.

For some time, Taishan refused to respond to the suits. Fallon tried a group of seven cases without the company, ordering it in 2012 to pay $2.7 million to seven Virginia homeowners and their lawyers. Taishan paid up - including about $500,000 in interest - in March, about eight months after Fallon found it in contempt of court.

Another manufacturer, German-owned Knauf Plasterboard Tianjin Co., and four companies it supplied agreed in 2010 to pay for home repairs. That settlement is expected to total $1.1 billion, attorneys have said.

Many people say fumes from sulfur emissions caused medical problems. Stone, the fire chief in suburban St. Bernard Parish, said his daughter used to have frequent nosebleeds, but that stopped. ”Everybody in the house has sinus problems. I never had sinus problems in my life,’ he said. ”Is that from the drywall? Who knows?’

They bought the house after living for two years in a government trailer: two years during which Stone worked seven days a week, rebuilding the fire department and the parish.

Stone said they moved in in April 2008 and realized something was wrong after Hurricane Gustav hit four months later.

”We didn’t have electricity for a week. We started noticing stuff rusting _ the faucets, the ceiling fan extension post, door hinges,’ he said.

Later, the computer, television and washing machine broke down. All were new. Since then, they’ve had to replace two surround-sound systems and another TV. Clocks have broken. The house smells like fireworks and burnt matches.

Stone just bought the downstairs air conditioner’s sixth set of coils, also replacing a compressor that failed because the coils did. The upstairs unit’s coils have been replaced three times.

”Almost every week you see something else damaged,’ he said.

Chinese manufacturers sent more than 500 million pounds of drywall to the United States about the same time in 2005 that Katrina was flooding New Orleans. The imports peaked in 2006, as a nationwide construction boom and a series of Gulf Coast hurricanes caused shortages of domestic drywall.

Stone said he wouldn’t have bought the drywall if he’d known it was imported. ”I try to buy American when I can,’ he said.

The contractor that sold him the drywall has paid him $800, Stone said.

ARTBA Hands Out Pair of Awards for Innovative California Projects 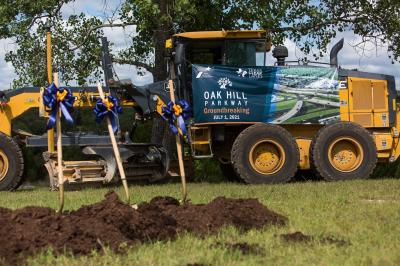 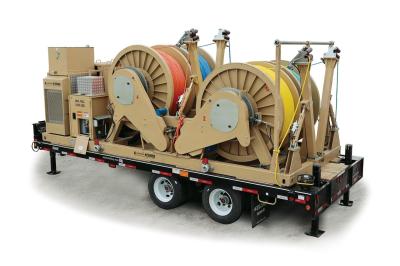