The sinkholes, large enough to be observed via satellite, indicate major changes could be underway. 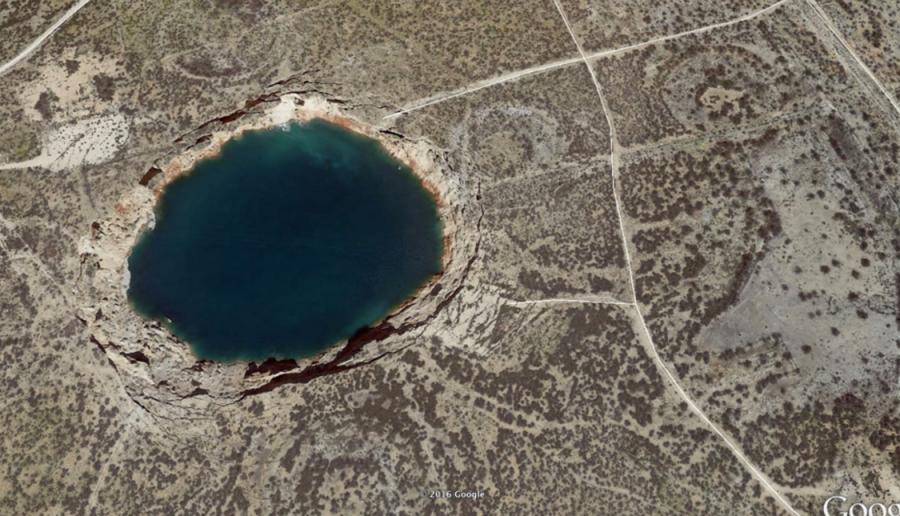 The International Business Times is reporting that two giant sinkholes in Texas are getting bigger and are at risk of collapsing – the effects of which could be "catastrophic", scientists have warned. The sinkholes, found in the towns of Wink and Kermit, have been observed via satellite, and images indicate major changes could be underway.

Researchers from the Southern Methodist University in Dallas have now carried out a study on the sinkholes using satellite radar remote sensing. Publishing their findings in the journal Remote Sensing, the team found the sinkholes are unstable as a result of changing groundwater levels and minerals being dissolved.

The team also found large areas of subsidence around the sinkholes, indicating more could appear in the future, or that they could collapse into one massive sinkhole. Jin-Woo Kim, one of the study authors, said: "This area is heavily populated with oil and gas production equipment and installations, hazardous liquid pipelines, as well as two communities. The intrusion of freshwater to underground can dissolve the interbedded salt layers and accelerate the sinkhole collapse. A collapse could be catastrophic."

The town of Kermit, which is close to the most unstable of the two sinkhole, has a population of around 6,000. Wink meanwhile has 940 residents. The area also has active oil fields. "A sinkhole collapse can be severe under natural conditions, but it could be catastrophic in urban settings or at oil/gas exploration facilities," the scientists wrote.

Measurements from satellite radar images of two giant West Texas sinkholes (dark black areas) shows the ground around them is sinking, including indications a potential new sinkhole is developing.

The satellite images show that when groundwater levels rise, the ground lifts up. The groundwater then increases the rate at which the salts are being dissolved, which then in turn causes the surface to subside. Both holes are getting bigger, while areas connected to the sinkholes are also showing signs of deformation – something the authors say could be an "alarming precursor" to future hazards.

"Sinkhole formation has previously been unpredictable, but satellite remote sensing provides a great means to detect the expansion of the current sinkholes and possible development of new sinkholes," Kim said . "Monitoring the sinkholes and modelling the rate of change can help predict potential sinkhole development... Following our study, we are collecting more high-resolution satellite data over the sinkholes and neighbouring regions to monitor further development and collapse."