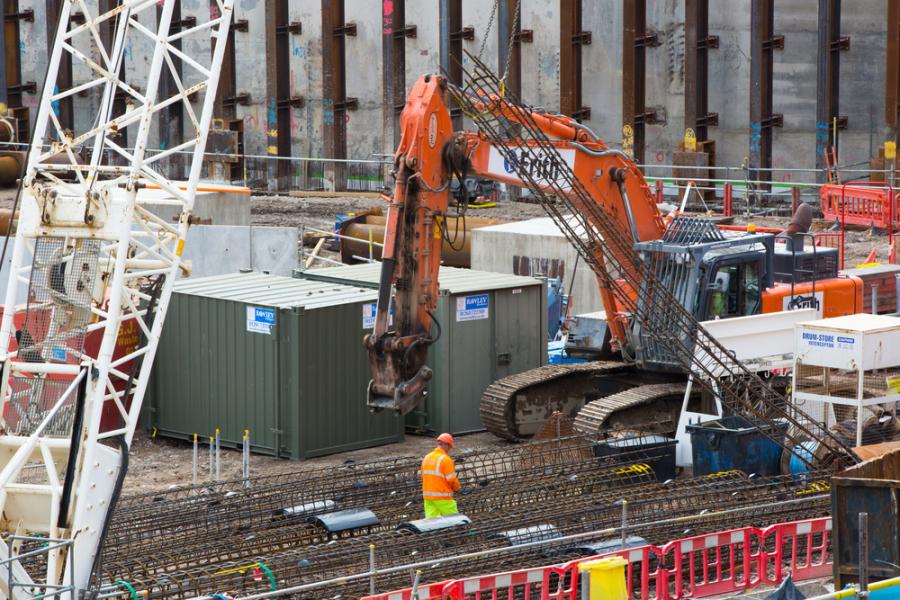 Savills estate agency recently predicted the uncertainty surrounding Brexit would lead to a slump in office construction activity, with up to half the planned developments in central London likely to be postponed or scrapped. http://url.ie/11pld

The UK construction industry could lose more than 175,000 EU workers – or 8% of the sector's workforce – if the country does not retain access to the European single market after Brexit, the government has been told.

Such an outcome could put key infrastructure and construction projects at risk at a time when the sector was also facing other pressures, including the tax changes in the recent budget, said the Royal Institution of Chartered Surveyors (Rics).

Its latest quarterly survey of the industry, conducted during the final three months of 2016, showed that 30% of construction professionals said hiring non-UK workers was important to the success of their business. The companies most affected are predominantly those working on big projects or based in the south-east.

The government either has to secure continued access to the single market or put alternative plans in place for companies to easily employ non-EU workers as replacements, Rics said. Skilled construction workers have not been added to the UK shortage occupations list – an official list that will give some sectors priority during the visa application process.

Jeremy Blackburn, head of UK policy at Rics, said: “These figures reveal that the UK construction industry is currently dependent on thousands of EU workers [around 176,500].

“It is in all our interests that we make a success of Brexit, but a loss of access to the single market has the potential to slowly bring the UK's £500bn infrastructure pipeline to a standstill. That means that unless access to the single market is secured or alternative plans are put in place, we won't be able to create the infrastructure needed to enable our cities to compete on a global stage.

“A lot of big projects may set up their own training centres but they will still need an international pool of labour. A simple first step would be to ensure that construction professions, such as quantity surveyors, feature on the shortage occupations list. Ballet dancers won't improve our infrastructure or solve the housing crisis yet their skills are currently viewed as essential, whereas construction professionals are not.”

Rics said more should be done to increase the number of skilled UK workers, through initiatives such as apprenticeships schemes. According to its quarterly report, 20% of those surveyed said such schemes were not effective. Rics said it recognised it had to do more to educate industry about the benefits of apprenticeships.

Blackburn said: “Key to [building a resilient construction industry] will be growing the domestic skills base. As the industry's professional body, we are working with government and industry to develop that skills base, building vital initiatives, such as degree apprenticeships, in our sector to drive the talent pipeline forward.

“This survey reveals that more work needs to be done to promote the indisputable benefits of these schemes to industry, and Rics intends to take this forward as a priority.”

He added that the controversial rise in national insurance contributions for the self employed, which were announced in the budget, would also hit the sector, where about 40% of the workforce were in that category.

He also pointed to a crackdown on VAT avoidance in the construction sector and tax changes to profits of overseas property developers: “All of that coming together will make for challenges for the sector.”

The construction industry has been recovering ground since the financial crisis, but there have been signs of a potential slowdown even before the Brexit process is triggered and the budget changes come into full effect.

Government figures released last week showed that the sector made a sluggish start to the year, with output in January down 0.4% month on month. Meanwhile new orders for the final three months of the year fell 2.8% quarter on quarter.

Savills estate agency recently predicted the uncertainty surrounding Brexit would lead to a slump in office construction activity, with up to half the planned developments in central London likely to be postponed or scrapped.