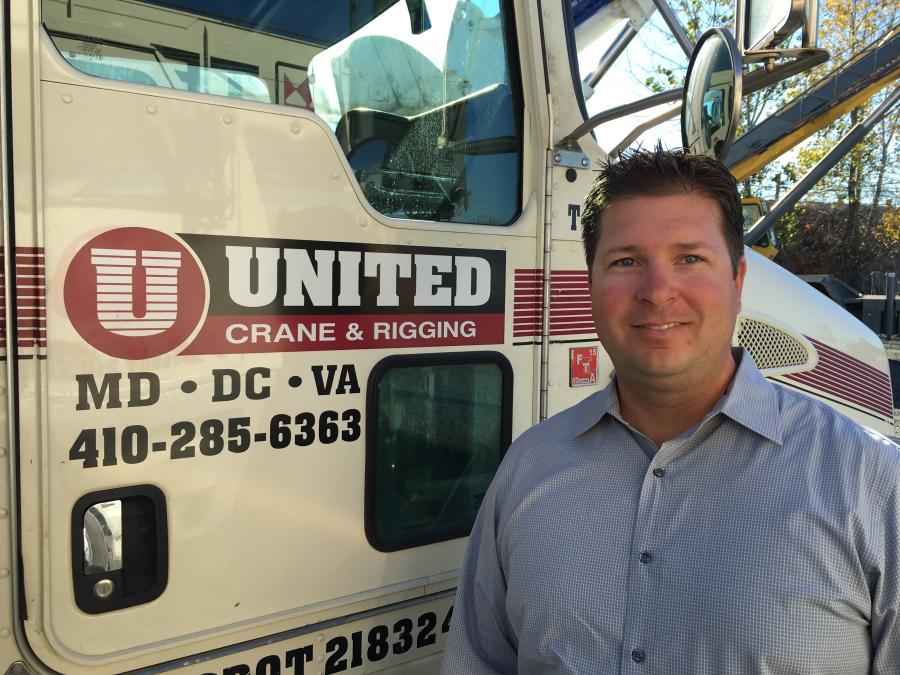 Joe Mirabile Jr. will have direct responsibility for sales and operations and he will be a key figure in seeking new opportunities for growth at United Crane & Rigging.

United Crane & Rigging appointed Joe Mirabile Jr. to the position of general manager. Mirabile began his career at United Crane & Rigging in 1997 as an apprentice and was elevated over the following 17 years to positions including crane operator, sales and project management. Since 2013, Mirabile has worked in a sales and project management capacity at W. O. Grubb.

In his new role, Mirabile will have direct responsibility for sales and operations and he will be a key figure in seeking new opportunities for growth at United Crane & Rigging. The Baltimore, Md., based company has a second branch location in Upper Marlboro, Md., just outside Washington, D.C.

“Joe's leadership and extensive knowledge of the market and crane business will have a positive impact on our employees and customer base,” said Tom Logan, president of parent company M-L Holdings.

United Crane & Rigging has served the Mid-Atlantic U.S. region for more than 45 years, specializing in bare and operated crane equipment rental with a focus on the tower crane and hoist markets.