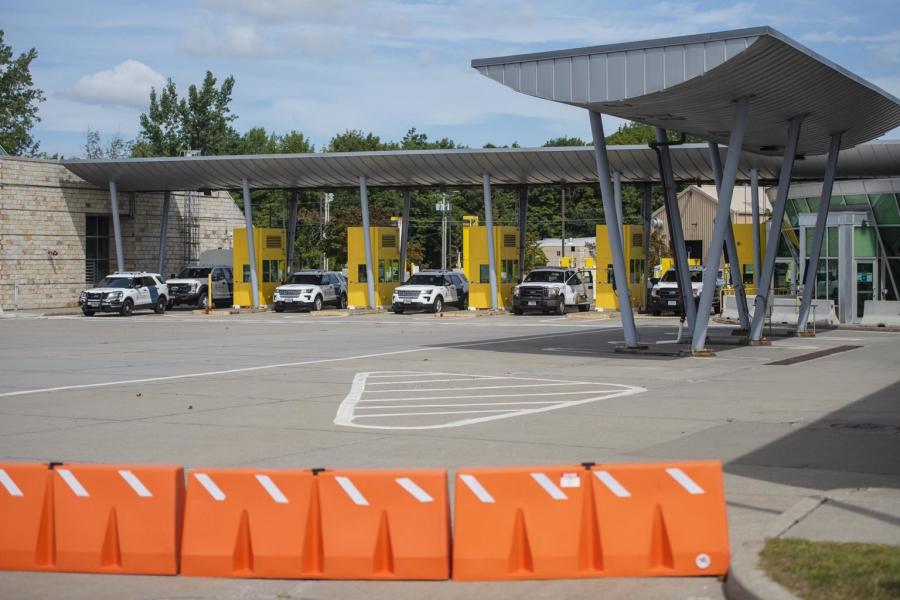 Vermont is set to collect approximately $200 million from a multibillion-dollar federal initiative to revamp five major land ports between the state and Canada.

The White House and General Services Administration (GSA) officials made the funding announcement on Feb. 25.

As part of President Biden's infrastructure package, passed last year, the federal government is pouring $3.4 billion into modernization construction projects for 26 land ports on the country's northern and southern borders in hopes of easing traffic buildup at border crossings and speeding up trade.

Five of those ports are in Vermont.

The VTDigger online news service reported that officials said more than $150 million will go toward modernizing the state's Highgate Springs Land Port of Entry — the busiest in Vermont, and among the most active in New England.

Highgate Springs also serves as a major connector between the Montreal and Boston metropolitan areas.

U.S. Sen. Patrick Leahy, Vermont's eight-term senior senator and chair of the Senate's influential Appropriations Committee, was instrumental in negotiating the federal infrastructure package, as well as the funds for the border crossings.

He included another $85 million for Highgate Springs in his committee's omnibus appropriations bill, which is currently in final bipartisan negotiations, said David Carle, a Leahy spokesperson.

In 2019, Highgate Springs saw nearly 580,000 vehicle crossings, according to the Bureau of Transportation Statistics.

The senator said in a statement that Vermont's Canadian border "is a tremendous asset, and one that has helped shape the history and culture of our state."

"Vermonters regularly cross the border to visit family and neighbors, go shopping, or travel to Montreal or Quebec City," Leahy's press release read. "The economies of communities on both sides of the border are intertwined. The process for crossing the border has changed in the last 20 years, yet some of the ports have seen few upgrades since they were constructed more than 80 years ago."

In a release from his office, Welch added, "Throughout the pandemic border closure, many Vermonters struggled to do business over the border and visit with family and friends in Canada. Now that the border is open again, we need to ensure it runs efficiently for Vermonters traveling to Canada by car, for our businesses sending and receiving goods across the border, and for Canadian tourists visiting our state."

In a show of confidence, the longtime Democratic senator did so more than two months before the infrastructure bill passed both houses of Congress and was signed into law by President Biden.

At that time, Carnahan, whose agency manages real estate and contracts for the federal government, detailed some of the updates planned for Highgate Springs.

She said the traffic flow through the crossing would be improved by straightening and widening the roads and separating cars from trucks and buses. Upgrades in the security and environmental efficiency of the facility also are planned.

Leahy noted that some of Vermont's border stations, such as Beebe Plain in Derby, have had very few updates since they were built decades ago. He said he also has heard about significant processing delays at the Highgate Springs crossing during peak times.

Both officials explained how the ongoing extension of Autoroute 35 in Quebec will create a direct link between the Highgate Springs crossing and Montreal. Work on the last of four project stages of that project is expected to be completed by 2025, the Vermont news service noted in its Sept. 1 report.

The GSA administrator said the new Canadian highway could increase cross-border traffic by as much as 30 percent when finished.

"We need to have this facility able to handle that," explained Carnahan.