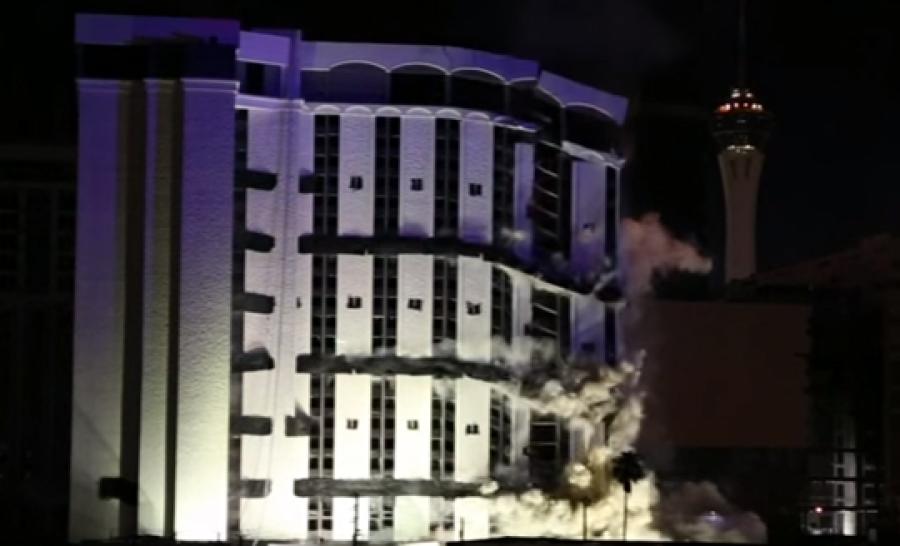 LAS VEGAS (AP) The last tower of the iconic Riviera Hotel and Casino came tumbling down along the Las Vegas Strip on Aug. 16 to make way for a convention center expansion.

The 2:30 a.m. demolition of the Monte Carlo wing came two months after the taller Monaco tower was leveled the same way.

The 2,075-room property closed in May 2015 after 60 years hosting headliners from Liberace to Dean Martin. It also was a backdrop for movies including the Rat Pack original “Ocean's 11” in 1960.

The Las Vegas Convention and Visitors Authority owns the property and is spending $42 million to level the 13-building site. The tourism agency plans to use the site to expand the Las Vegas Convention Center. The tourism agency bought the entire 26 acres for $182.5 million, plus $8.5 million in related transaction costs. The expansion is expected to be complete in January.

Unlike the previous implosion in June, there was no designated viewing area. But a small crowd began gathering on Las Vegas Boulevard to witness the implosion, many of them snapping photos before blasts caused the building to collapse into a pile of rubble.

“This is like history right here,” Dan Teson told the Las Vegas Sun as he pointed to the 17-story Monte Carlo tower and other remaining buildings. “It's got weird architecture compared to everything else on the Strip.”

Once known as a classic mob joint, “The Riv” was used in three of the most famous movies ever filmed in Las Vegas, including “Ocean's 11,” the 1971 James Bond film “Diamonds Are Forever” and 1995's “Casino.”

It's also a setting for scenes in the latest “Jason Bourne” film.