Several forces are converging in the Windy City to produce a Perfect Storm for construction. 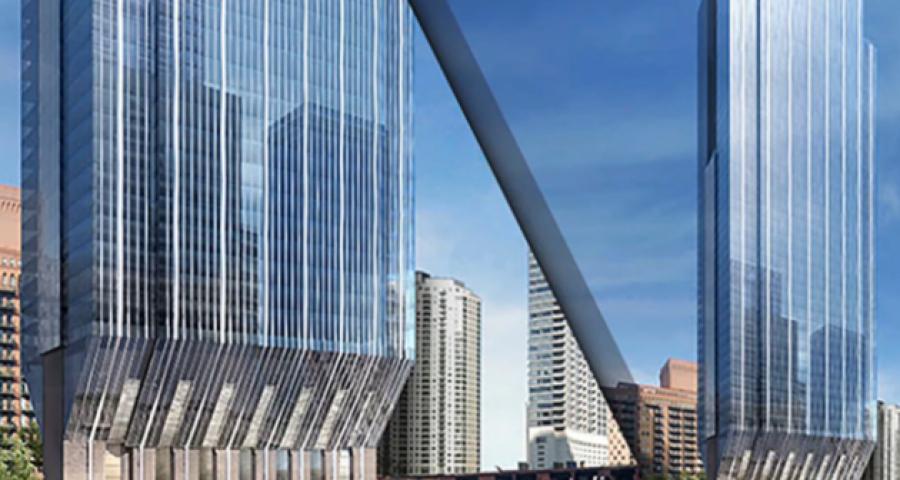 The website Chicago Tonight is reporting that Chicago is seeing a rise in high-rise construction with 34 new buildings over 200 feet tall currently under construction.

The website Chicago Tonight is reporting that Chicago is seeing a rise in high-rise construction with 34 new buildings over 200 feet tall currently under construction. That number has doubled in the last 15 months. What's causing the sky-high building boom?

"What we're seeing right now is a huge resurgence in rental and in hotels," LaTrace said. "Largely to do with the influx of young workers in the tech industry. But there's also a lot of empty-nesters moving back to the city who would prefer to rent."

“These 34 buildings that we tracked, we're seeing about 7,000 apartments just in these buildings, and that doesn't even include stuff that's coming up throughout the neighborhoods,” LaTrace said.

“Before the recession, we saw the last boom was primarily condos. For a developer, it's a little less risky to build an apartment tower,” LaTrace said. “Developers will just fill them up and then sell it, and then move on to the next project.”

It's not just what's inside the building that's changing. Many of the new high-rises have a similar look to one another. One tower – the Wanda Vista tower – could be the third tallest building in Chicago if constructed.

“What we're seeing now is largely glass buildings. [Architecture critic] Blair Kamin called it ‘sliced minimalism,' which is these very tall glass buildings with a slice in it.”