What it Takes to Build a $3M Stage 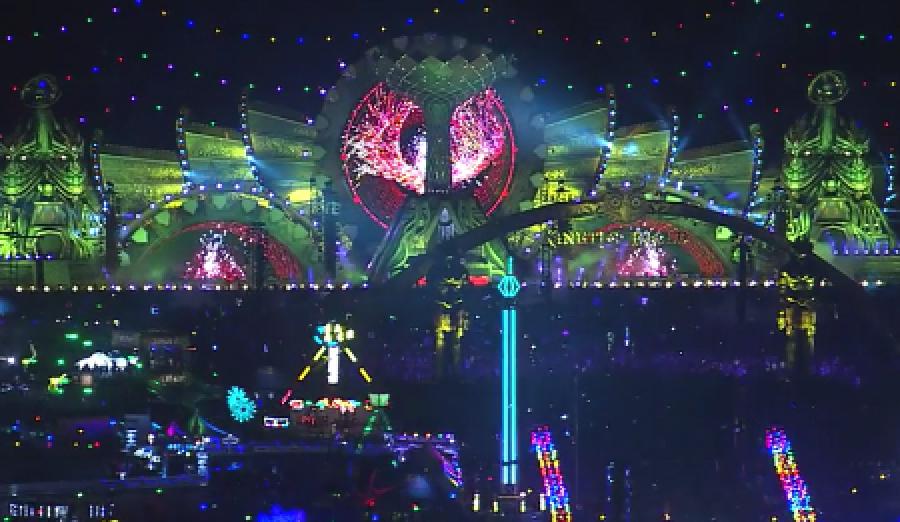 A 70,000-person structure that took a month to construct at the Las Vegas Motor Speedway is the highlight of one of the most expensive festivals in the world.

Forbes is reporting that for the impresarios and entrepreneurs of the electronic dance music industry, there is one over-used word that many do not want to hear: bubble.

In the last year, observers of mass-market EDM–and the DJs, festivals and culture that come with it–have questioned whether the boom of interest and money in the space was sustainable. Earlier this year, those doubts were reinforced when SFX Entertainment an ill-guided attempt to acquire and unite various dance music events companies filed for bankruptcy.

If the electronic dance music bubble is bursting, however, someone forgot to tell Pasquale Rotella. In June, the founder and CEO of Insomniac Events hosted his 20th annual Electric Daisy Carnival, one of the largest and longest-running dance music festivals in the world. More than 135,000 people attended the event each night for three nights, with many attracted by EDC's no-expense-barred production that has effectively made it EDM's Mecca.

“What it takes us to build a stage today is very different than what it took us five years ago,” Rotella told FORBES during a tour of the EDC grounds. “Although we don't live and die off spreadsheets we do need them to make sense and we are willing to make the investment to figure out how to get there.”

Nowhere is that investment more apparent than at Rotella's main stage, Kinetic Field, a 70,000-person structure that took a month to construct at the Las Vegas Motor Speedway. The biggest of the festival's eight stages, the 440 feet wide, 700-ton design carried a $3 million price tag that was highlighted by a 90 foot, LED encrusted tree. The stage also featured custom fountains, 33 flame torches, and 1,400 lighting fixtures.

This year, EDC's budget came in at more than $35 million, a sizable figure considering that Insomniac just recently started turning a profit on the individual event. Now with the backing of Live Nation Entertainment LYV +0.73%, which purchased a controlling interest in the company in 2013 for $48.1 million, Rotella said he now has the organizational scale and support to improve on margin and promote his company's 12 other large-scale music festivals.

Among those are five smaller versions of EDC in places like New York, Orlando and Mexico, which will feature some elements of the Vegas festival. With some of the stages built in modular fashion, Insomniac will be able to tour parts of its production and avoid re-creating much of what was debuted in June in individual markets. As Rotella explained, those smaller events can carry budgets of less than $10 million, but drive greater margin.

Still, the model isn't perfect. Rotella has shuttered events in Dallas, Chicago and Puerto Rico in the past due to low attendance, and this year's inaugural event in Japan was delayed until 2017 due to organizational and partnership issues.

Nor is everyone happy. Some musicians who have been accustomed to the high six-figure fees for festival dates have avoided playing EDC, whose ability to draw large crowds in spite of its artist lineup has given Rotella more leverage in negotiating talent pricing. In 2015 for example, no act made more than $500,000, according to a source. Compare that to a festival like Coachella where a headliner can easily make $1 million for an appearance.

For now, however, Rotella has found a formula that works. He said that while he hasn't compromised his production values, he is learning to run operations more efficiently and is toying with new ideas for future events. One possibility is to build site-specific stages that would be unique to each market and could be used for more than one 12-month cycle.

“We've been premiering a new design at EDC Las Vegas then we've taken it to every EDC: Brazil, Mexico, New York, Orlando, the U.K.,” he said. “But we are right now considering building a larger production, using it for multiple years and having each market have its own look so that the traveler has the reason to go somewhere and experience something they've never experienced before.”