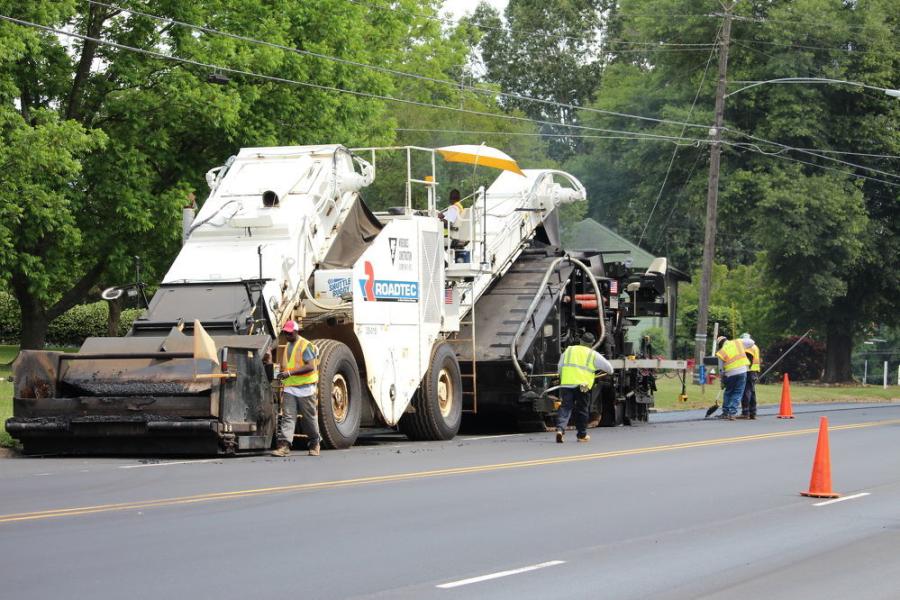 Wiregrass Construction has been using the Roadtec SP-200e spray paver, which carries a 2,000-gal. tank of tack.

Have you ever wondered where the water goes when you are driving in the rain on the freeway? When driving on a similar rainy day on city streets and county roads, drivers often experience considerable splash, spray and sometimes hydroplaning. The driver's vision can be obscured by the splash and some dangerous skids can occur. 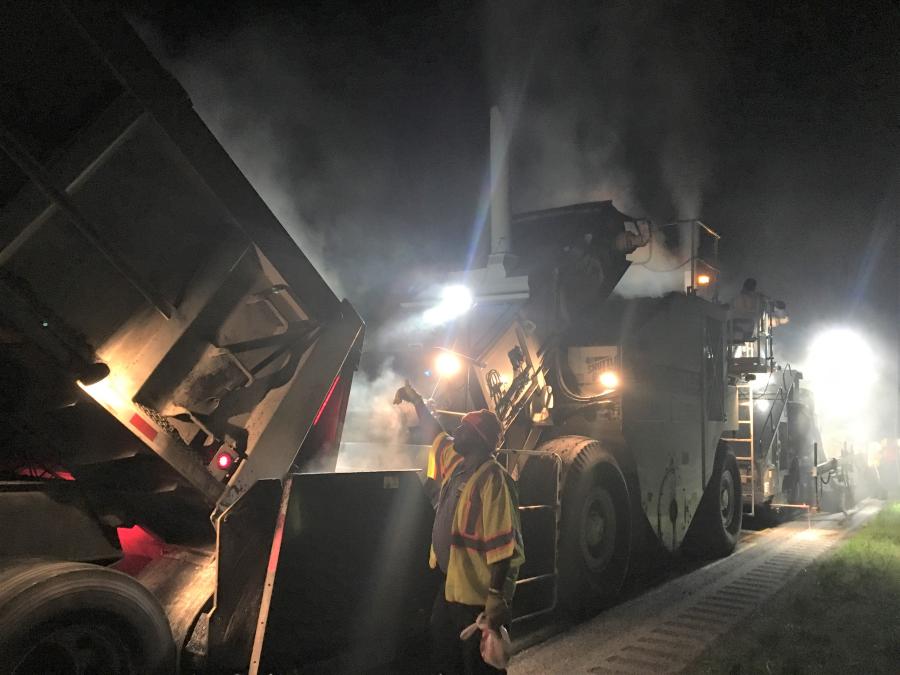 Years ago, departments of transportation around the country addressed that problem on interstates by often requiring contractors to produce a microlayer, usually less than an inch thick, called open graded friction course (OGFC). The OGFC has enough air voids in the pavement that water can drain through the layer and out the sides, keeping the pavement drier and more skid resistant.

Like many DOTs, the Alabama Department of Transportation Southeast Region Montgomery Area uses OGFC on its interstates where applicable to improve safety. ALDOT recognizes the importance of this "safety layer" and also emphasizes the need to get the jobs done as soon as possible, so the roads can be returned to traffic quickly.

"Of course, the performance of the finished road and its quality have always been of primary importance to us," he said. "Wiregrass and some of the other companies have used the spray paver to help achieve those objectives. This paver allows the workers to apply the tack coat and the OGFC at a single pass. They don't have to sit around for an hour waiting for the tack coat to ‘set up' before applying what we call the safety layer [OGFC]."

Wiregrass Construction has used the spray paver on several projects in the central district with good results. The standard method, which is still in use, consists of applying the tack coat, waiting for it to break, set, then dealing with the tack sticking to the tires of vehicles. This often creates tiny asphalt tack balls that later have to be raked out by workers. 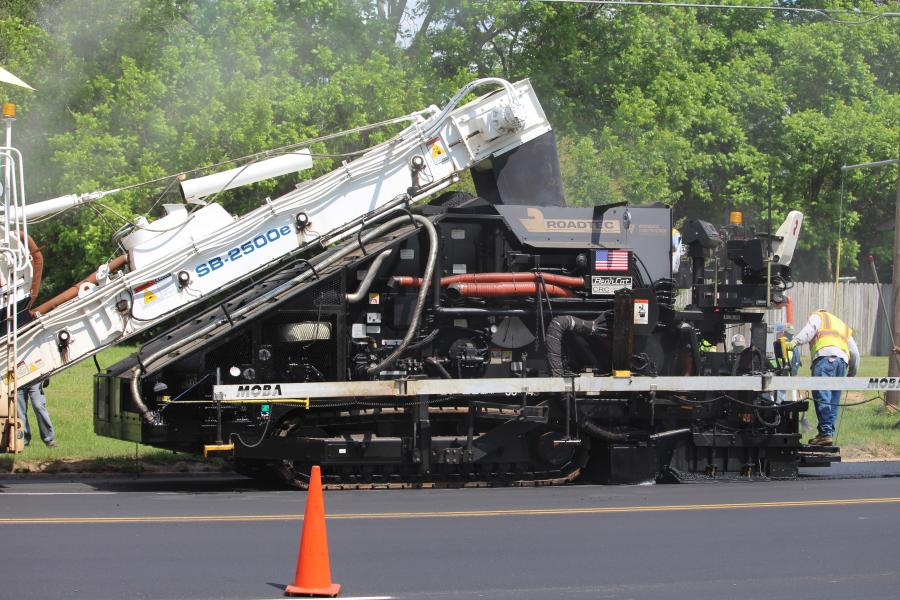 Garrett Pass, the central Alabama regional director of Wiregrass Construction, has been pleased by the performance of the Spray Paver in his district. Wiregrass has been using the Roadtec SP-200e spray paver, which carries a 2,000-gal. tank of tack. Wiregrass used a distributor vehicle that kept the tank constantly filled so the paver did not have to stop to refill. They also used a Roadtec SB2500E material transfer vehicle for the central Alabama projects.

"Using the spray paver allows the tack coat application to be easier and safer," said Pass. "Other tack coat applications used while laying OGFC in the traditional way are sprayed in front of the paver at about 330 degrees. Heating to this temperature can cause unsafe conditions for operators. Spray pavers are also used for laying traditional mixes. Since the tack coat emulsion is applied directly in front of the asphalt screed, there is no tracking or un-bonding of the tack. This process can eliminate most cases of asphalt slides and tack balls."

The Wiregrass Construction team used the spray paver on a job completed in July 2020 on I-65 in Shelby County. The $77 million project required some 300,000 tons of asphalt and involved several subcontractors. Wiregrass was in a joint venture on the project with another local Alabama contractor, Dunn Construction Company.

The massive mill-and-fill project required Wiregrass and its partners to remove from 3 to 5 in. of the road, sealing any cracks and applying a new surface course of OGFC at 90 lbs. per sq. yd. The job also involved adding additional lanes to what is one of the most heavily traveled roads in the state.

Wiregrass also used the spray paver on I-65 in Lowndes County to overlay an existing section of the interstate. Prior to the overlay, Wiregrass repaired longitudinal joints in the pavement. The crews finished 48 lane mi., bringing the road back to peak condition. 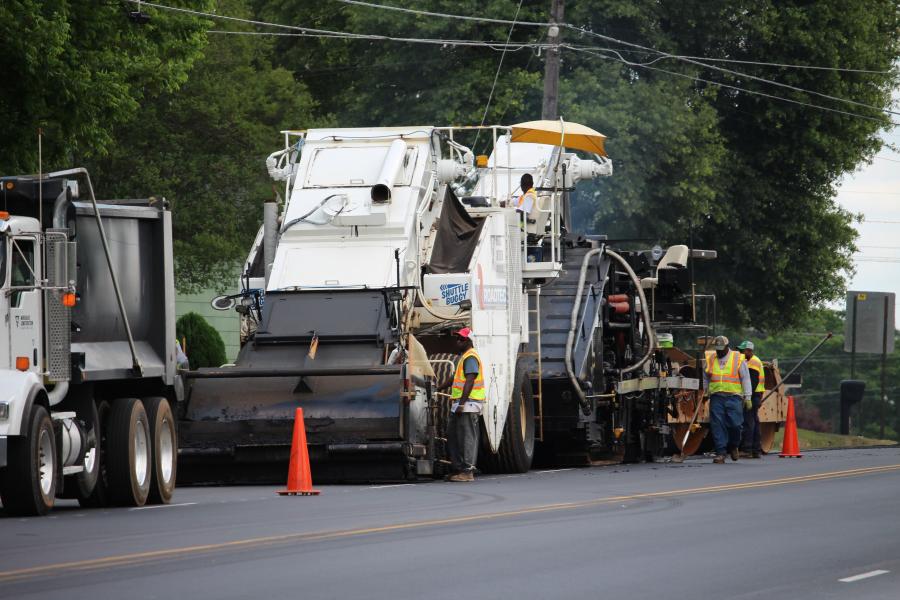 "We did some micro-milling on I-65 in Montgomery County, replacing just about one inch off the existing road," said Pass. "Rather than wait several years until major problems show up, the ALDOT has opened up projects like this where we can remove just the top couple of inches of the road and fix minor cracking and other problems before they become major problems."

The Wiregrass team also completed micro-milling on I-65 Gateway Project. Most of the projects involved using polymer-modified asphalt, which makes the road more flexible and less prone to cracking.

Pass and his teams at Wiregrass have found the spray paver to be a seamless addition to their paving train.

"The spray nozzles distribute the tack directly in front of the paver's screen combining almost immediately with the OGFC and ensuring a tight bond with the other layers of the road. The rollers follow the paver in a normal fashion and the road can be turned over to traffic quickly."

Brandon Owens, operations vice president of Wiregrass Construction, said, "Our team is pleased with the quality projects our spray paver crew has given the customer and the traveling public. We are thankful to our hard-working employees who embrace technology and learn different construction methods to help Wiregrass Construction be successful." CEG