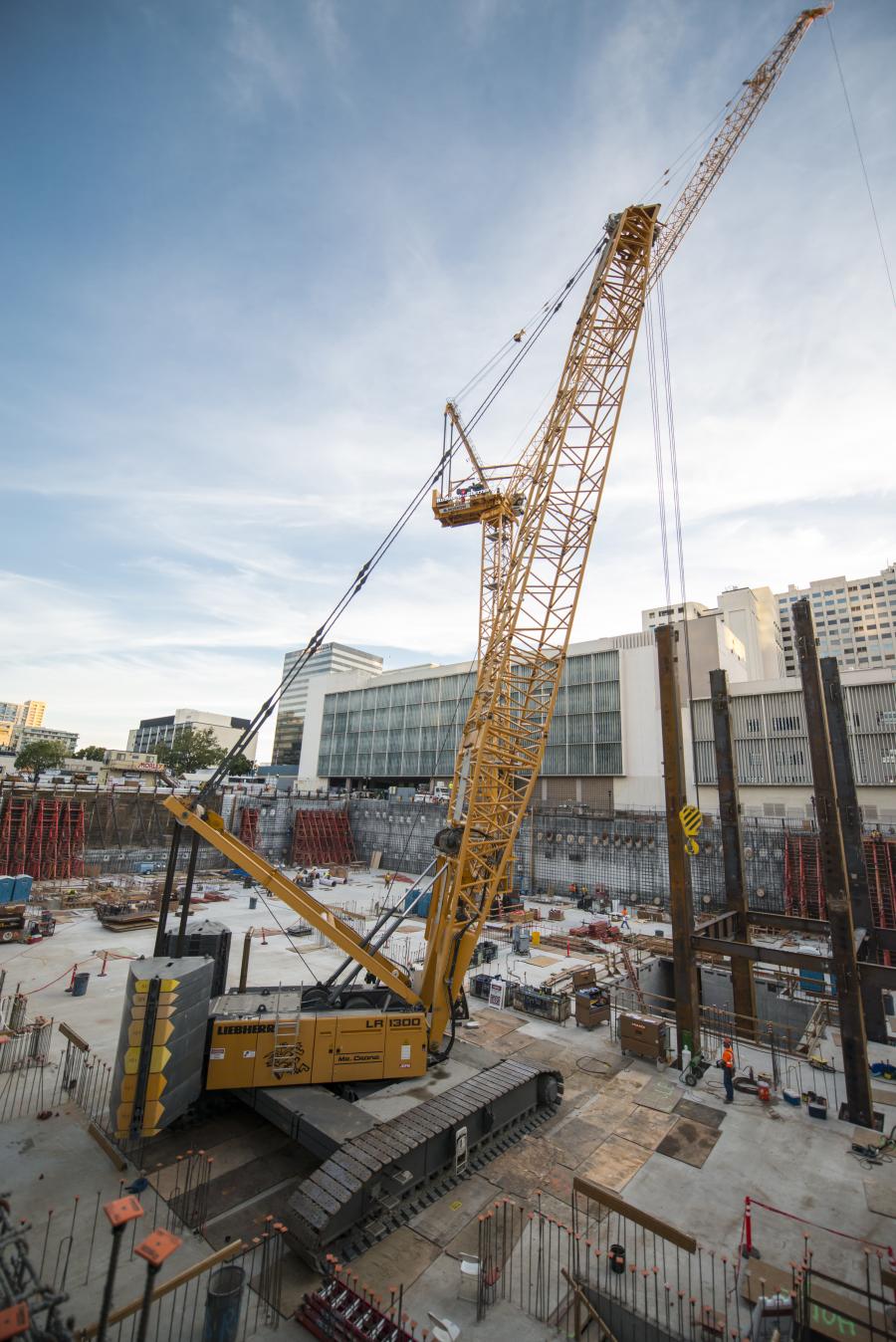 Rudolph and Sletten photo The Judicial Council of California expects the downtown San Diego building to be completed by the fourth quarter of 2016.

The Judicial Council of California expects the downtown San Diego building — designed to house 71 courtrooms and stand 22-stories tall — to be completed by the fourth quarter of 2016. The project is more than 50 percent complete.

Workers have installed the main structural steel and will erect a structural truss canopy at the beginning of 2016.

"Currently the labor has been fluctuating between 530 to 600 trades people, not including management staff and inspectors," said Howard Mills, project executive of Rudolph & Sletten Inc. in Redwood City, Calif.

Shift work has been made possible for strategic construction activities so production can be maximized, Mills said.

The new building will provide a consolidated facility for criminal, civil, probate, family court and small claims services. Included in the design are spaces for court services, administration, security operations and holding areas. It also will have a secure vehicle sally port for the transportation of in-custody detainees.

The structure will include a third-level pedestrian bridge that will connect the new courthouse from level three to the existing Hall of Justice building at level four. The bridge will cross over C Street. It is currently being installed.

The height of the building came into question as a possible threat to aircraft flying in the area. Lindbergh Field is only about a half mile away.

Work halted for a week in October when the San Diego County Regional Airport Authority filed a lawsuit that called on contractors to lower cranes from about 600 ft. (183 m) to 511 ft. (156 m) as mandated by the Federal Aviation Administration.

Workers broke ground on the building at Union and C streets in March 2014. Construction is funded by sale of lease revenue bonds. They are a type of municipal bond that does not require the raising of taxes.

When finished, the structure will replace the existing county courthouse built in 1961. That building features the look of a traditional courthouse with columns and bell towers.

A new courthouse was needed because an earthquake fault lies beneath the present county courthouse at 220 W. Broadway St., making it unfeasible for the building to be rehabilitated. Also the existing county courthouse contains asbestos, making even simple repairs costly. The new building is more of a skyscraper.

The Administrative Office of the Courts requested that as construction manager at risk, the company enter into a project labor agreement with the State Building and Construction Council. The council requires that all subcontractors, whether union or non-union, agree to pay prevailing wages and to follow specific work rules and dispute resolution methods to prevent work stoppages or delays. That is considered important because any delay of a project the size of the courthouse, can be costly.

The building will help in the process of developing a civic zone called for in a downtown community plan. The idea is to provide city, county, federal and court facilities all within walking distance.

The new building's design incorporates features characteristic of civil buildings like a podium that raises the entry off the street and also separates it from the commercial realm. Other features include a large interior public space and an identifiable sharply-angled crown at the top.

In constructing the new courthouse, an existing building on the site had to be demolished. That took place in late January 2014. Excavation and foundation work was completed in summer 2014. Structural steel erection began in November 2014 and was completed in August 2015.

Mills said the most unique equipment used to date has been used to hoist and erect materials. That includes flying jibs for pre-cast erection, super decks to land material on and joist decks to safely stock materials in quantity.

But during the first phase of tier column erection, a crawler crane was used to lift columns that weighed as much as 75 tons (68 t).