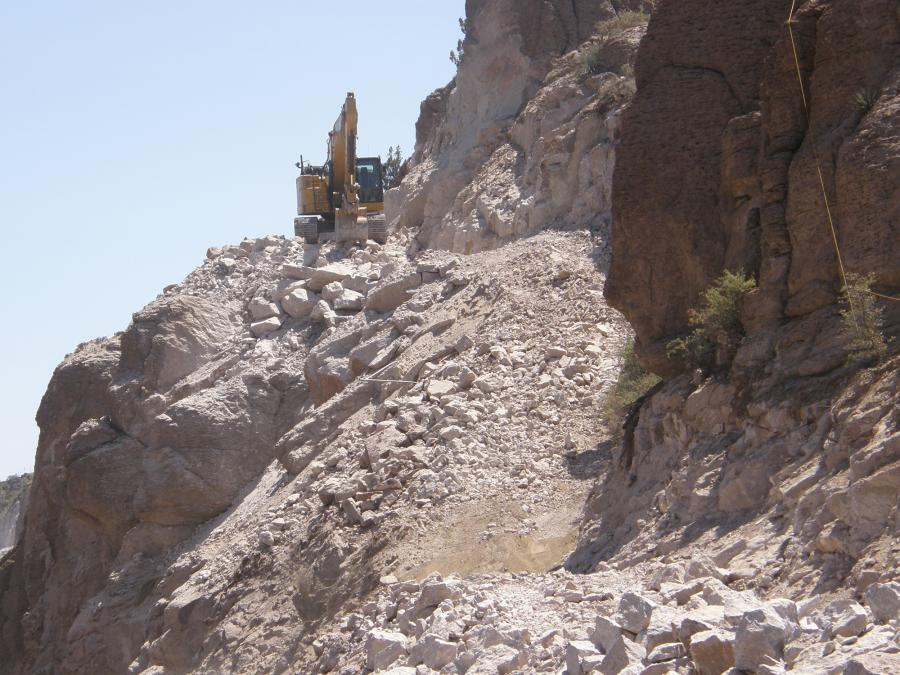 Steep, rugged terrain and high winds have added challenges for crews working to create room for an additional lane on U.S. 60 between Globe and Superior.

Steep, rugged terrain and high winds have added challenges for crews working to create room for an additional lane on U.S. 60 between Globe and Superior. Because of that, the project will continue through the summer, including twice-weekly closures for blasting work.

Crews have about 25,000 cu. yds. (19,114 cu m) of rocks and dirt — about 2,000 truckloads — to remove to complete the project between mileposts 227 east of Superior to milepost 235 west of Miami. In addition to creating a passing lane, the Arizona Department of Transportation project is widening the shoulders in Devil's Canyon (mileposts 233-234), making improvements to the bridge at Waterfall Canyon (milepost 229) and improving drainage (milepost 242) west of Miami.

Drivers who rely on U.S. 60 should continue to plan ahead for closures from 9 a.m. to 1 p.m. on Tuesdays and Thursdays.

After crews blast away rock in one area to make room for the climbing lane, they must maneuver heavy equipment up steep, narrow roads to prepare for the next blast. This spring, two periods of “red flag” conditions — high winds and low humidity that increase the danger of sparking a fire —delayed work for about two weeks.

During the closures, drivers should consider taking state routes 77 and 177 between Superior and Globe, a route of about 68 mi. (109.4 km) Motorists headed to the White Mountains region, including Show Low and Springerville, can take State Route 87 through Payson and travel east on State Route 260.

Drivers should use caution, watch for construction equipment and personnel, and allow extra time.