The American Dream Mall, which will include an indoor water park, snowdome, ice rink and observation wheel, in addition to high-end retail, originally was known as Xanadu. 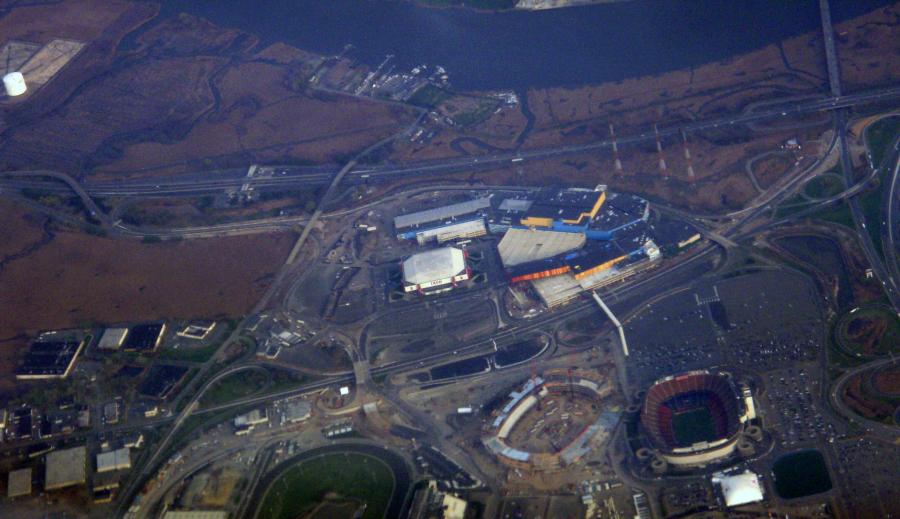 The American Dream Mall, under construction in 2008.

LYNDHURST (AP) A multibillion-dollar retail and entertainment complex in the Meadowlands sports complex is a step closer to completion.

On Aug. 25, the New Jersey Sports and Exposition Authority approved amendments to two parts of a $1.15 billion bond that is to be issued in September.

Construction workers could return to the site soon, after nearly a year of inactivity.

The mall, which will include an indoor water park, snowdome, ice rink and observation wheel, in addition to high-end retail, originally was known as Xanadu.

Developer Triple Five has said the complex is scheduled to open in mid-2018.

Approximately $800 million in bonds is connected to an agreement between Triple Five and East Rutherford, the borough where the complex is located, for payments in lieu of taxes. The remaining $350 million will be issued in conjunction with tax breaks for the project approved by the state.

The bonds are scheduled to be issued by a state agency in Wisconsin.

Jeff Tittel, director of the New Jersey Sierra Club, an environmental advocacy group, said the deal will cost the state “hundreds of millions of dollars in revenue.”

“This dirty deal allows American Dream mall to pay off their bonds in lieu of taxes,” Tittel said in an email. “That means New Jersey will be losing revenue because the mall will cost essential services.”

The original Xanadu was slated to open in 2007, but the project languished during the economic downturn before Triple Five, whose properties include the Mall of America in Minnesota, took over at the end of 2010.

The immense structure has sat unfinished between MetLife Stadium and the New Jersey Turnpike for years. During the 2014 Super Bowl it was used as a command center for security operations.

MetLife Stadium's owners, the NFL's New York Jets and New York Giants, sued the developer in 2012, claiming Triple Five didn't get their permission — as required under an earlier agreement — to expand the footprint for the mall from its original design. They sought to have the mall closed on game days to avoid traffic backups.

The parties reached a settlement in 2014 in which the teams, the developer and various state agencies will implement a variety of mass transit and traffic improvements on football game days.