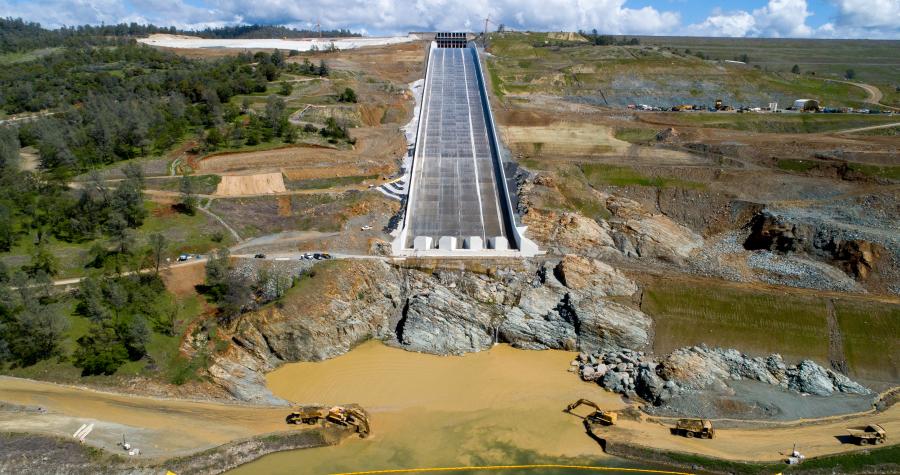 Excavators and haul trucks continue to remove a temporary road just below the new spillway. The road had been used during spillway construction. The California Department of Water Resources ordered its removal to minimize water quality impacts with spillway use possible during the first week of April at the Butte County, Calif., site. (Kelly M. Grow/California Department of Water Resources photo)

OROVILLE, Calif. (AP) An epic winter of rain and snow has refilled California's reservoirs and pressed into service a spillway at the nation's tallest dam on April 2, a $1 billion structure that drained excess water for the first time since it crumbled two years ago and drove hundreds of thousands to flee the threat of catastrophic flooding.

Water flowed down the spillway and into the Feather River as storms and melting snowpack are expected to swell the lake behind Oroville Dam in the foothills of the Sierra Nevada, said Molly White, principal engineer with the California Department of Water Resources. 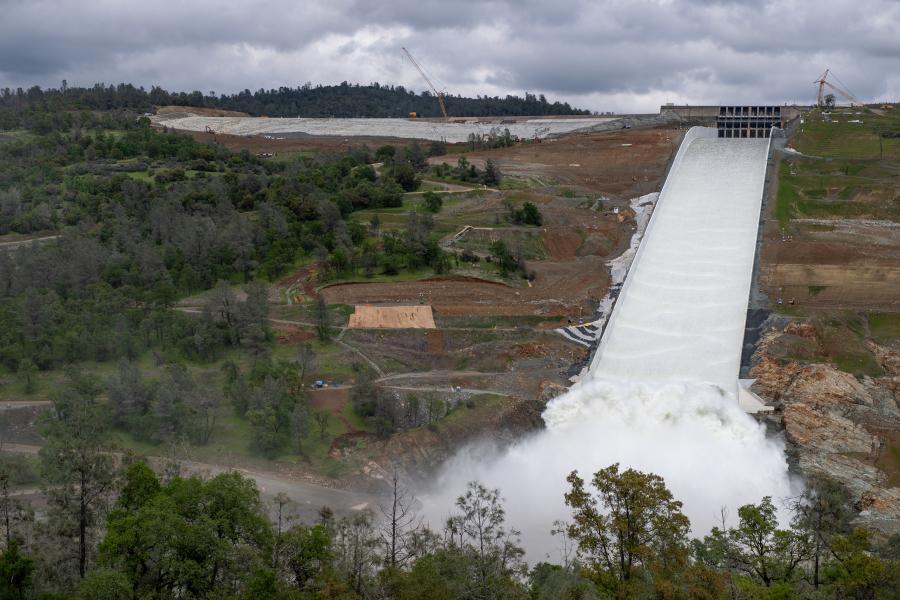 The spring storms follow a winter that coated the mountains with thick snowpack, which state experts measured on April 2 to determine the outlook for California's water supplies. It was 162 percent of average after heavy winter rain and snow left the state drought-free for the first time since December 2011.

"We're going from flood to drought and drought to flood with very little normal in between," said Kris Tjernell, deputy director of the water resources department.

The measurement on a snowy day at Phillips Station near Lake Tahoe found a snow depth of 106.5 in. (287 cm) and a snow water equivalent of 51 in. (129.5 cm), which is the depth of water that theoretically would result if the entire snowpack melted instantaneously.

Just four years ago, then-Gov. Jerry Brown found a field at Phillips Station barren of any measureable snow amid a historic drought.

With the increased rain and a snowpack not seen in years, water managers are beginning to discuss how best to manage and operate reservoirs, said John Paasch, chief of the department's hydrology and flood office.

"It's been a great winter, but it's not all fun and games," he said.

Officials opened Oroville Dam's main spillway because of the growing snowpack that will melt into California's waterways and expected storms, White said. 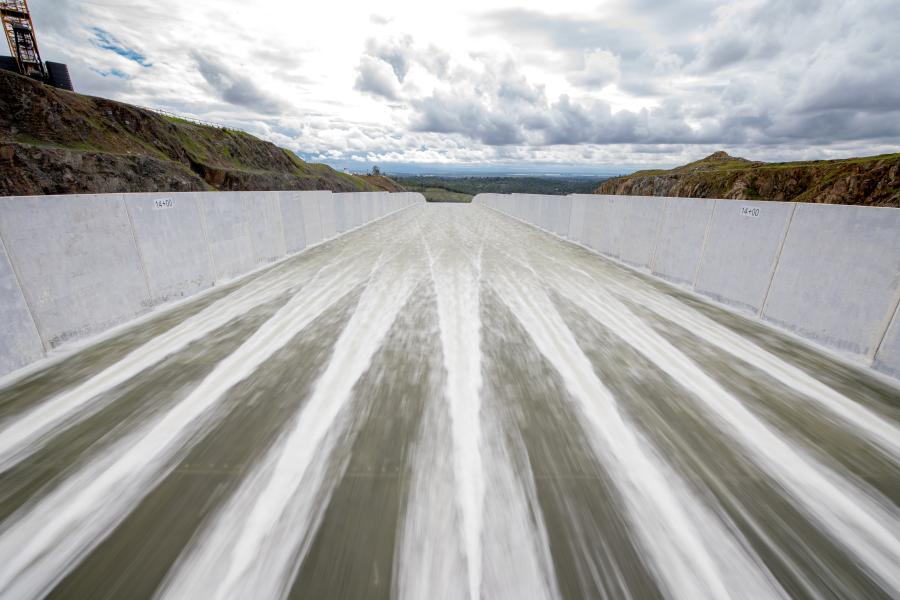 In early 2017, storms drenched the state and the massive spillway broke apart as it carried heavy flows.

Dam operators reduced the flow and allowed water to run down an emergency spillway — essentially a low area on the reservoir's rim — but the flow began eroding the earthen embankment that had never been used. Authorities suddenly had to order an evacuation of nearly 200,000 people living in communities downstream.

The threat of a dam collapse that would unleash a torrent of water did not happen, however, and people were allowed to go home days later.

In January 2018, an independent panel of dam safety experts released a nearly 600-page report that blamed the crisis on "long-term and systemic failures" by California dam managers and regulators to recognize inherent construction and design flaws in the dam. 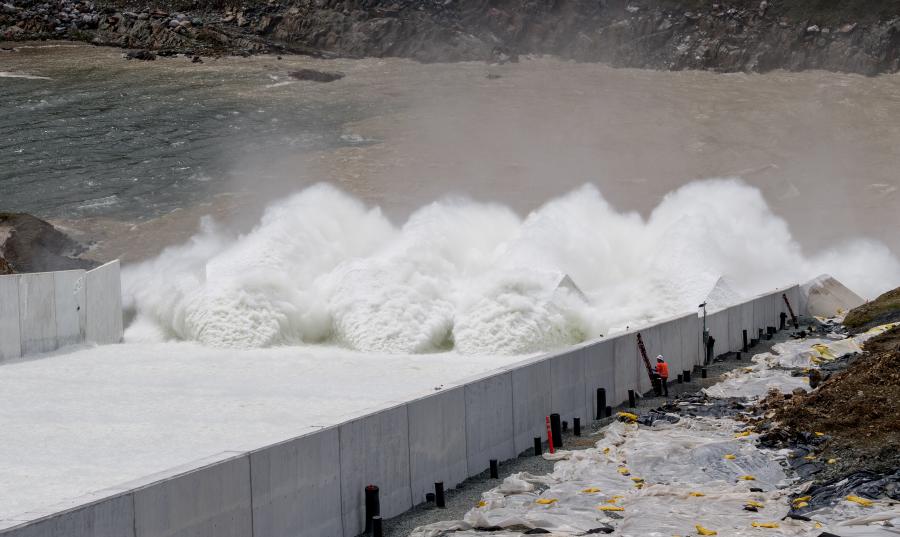 The new spillway "was designed and constructed using 21st century engineering practices and under the oversight and guidance from state and federal regulators and independent experts," said Joel Ledesma, deputy director of the water resources department's State Water Project.

Repairs have cost $1.1 billion. California requested about $639 million from the Federal Emergency Management Agency for the fixes, but the federal government has rejected $306 million of those reimbursements. U.S. officials said the dam's upper gated spillway was damaged prior to the heavy rain two years ago.

Local water agencies are already paying some of the repair costs, and they would cover anything not paid by the federal government.