Work on the new facility marks the completion of a transformation that began with the construction of the Jim Moss Center for Nursing. 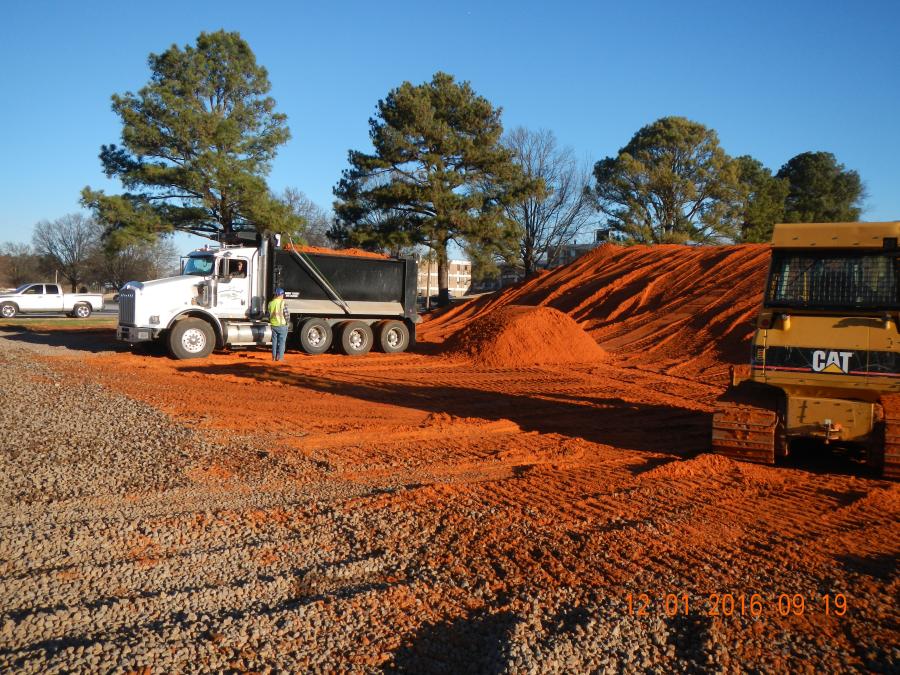 First envisioned close to two decades ago, construction is finally underway at Jackson State Community College (JSCC) on a $14 million, 46,000 sq. ft. (4,273 sq m) building that will serve as the permanent residence for the school's allied health programs. Work on the new facility marks the completion of a transformation that began with the construction of the Jim Moss Center for Nursing.

“We put forward a proposal and very detailed plans that would be nursing and allied health,” said Dr. Bruce Blanding, JSCC president. “Then, 18 years later they said, 'Well, we have money for half of that.' We had to make a decision and have the nursing building. Then thank goodness the governor and legislature gave us the additional money to have this building.”

A groundbreaking for the new building was held in November 2015. Various officials were on hand for the ceremony, including Jackson State employees, Chancellor John Morgan of the Tennessee Board of Regents, area medical partners, local and state governments and the Jackson Chamber. representatives of Fleming Architects and Hoar Construction also were in attendance.

“This has been an exciting couple of years, said Blanding, It's a great feeling to finally make a permanent place on our campus for these key programs. It helps to demonstrate to our students, faculty, staff as well as all of West Tennessee that Jackson State is a solid supporter of the medical community.”

According to Dr. Thomas Pigg, JSCC dean and program director of allied health, “The project has bounced from being one building for both nursing and allied health to two separate building several times. It was finally decided to build two buildings. Over the past several years, the project was put off, removed from consideration and then finally last spring it was back on.”

With the new structure, everything will now be in one location, instead of scattered across the school grounds.

“All the allied health programs are somewhat independent, but having all programs in one place will make it much easier for prospective students to find information about each program without having to wander all over campus,” said Pigg. “It will also provide a centralized location for students to submit applications to the allied health program. The one building will allow different programs to share equipment and other resources.”

The college is considered a leader in West Tennessee as the primary source for highly-qualified personnel in the medical community, according to Pigg.

“Often, people I know from the community talk about being cared for by one of our allied health graduates. For the most part, it's almost always very positive. Those who hire our graduates keep hiring our graduates, said Pigg.

“The new building will contain the best equipment available. The layout will provide an exceptional learning environment for our students. When I look at the project drawings and 3D renderings, I am overwhelmed at how wonderful the new building is going to be, and how inviting it will be for our students. Everyone is very excited about it, and eagerly awaiting the day the doors will be open to our new home.”

Most of the areas vacated by the allied health program will undergo renovations. One area in particular will be altered to support several new biology labs. Another area will be converted to a special student study and gathering place. The new building will create a second quad on the campus, which provides an area for students to gather and take part in outdoor events.

The new facility will be home to the college's allied health programs, which include medical lab technician, radiography, emergency medical technician, physical therapist assistant and occupational therapy assistant. The new building will include classrooms, labs, conference halls and large common areas and will allow students to also have access to new, updated equipment. It's expected to be completed by spring 2017.

Gerald Batchelor, Jackson State physical plant director, said the biggest challenges involve the scheduling and monitoring of construction activities for the duration of the project.

Site work is currently underway, which started in early December.

“As of January 2016, all site work activities are still active. The grubbing, foliage removal, elevation marking and utility services right-of-way is the primary work being performed,” said Batchelor.

The installation of the geothermal-hybrid system, including the closed-loop wells, and water tower for the climate control for the health science building have yet to be carried out. There will be approximately 160 wells to be drilled at a depth of 100 feet.

The property for the new facility was a non-disturbed area consisting of trees and bushes, with a sloping elevation. This area was undeveloped since the existence of the college in 1967.

An approved storm water pollution prevention plan was executed to cover the entire site of the new facility, with the installation of a retention pond. All electrical and water utilities will be new, being fed from the city of Jackson's service from the north and east side of the campus.

The plan for the renovation for the McWherter Center is for additional space for industrial technology, approximately 4,500 sq. ft. (418 sq m), and the Walter Nelms classroom building will expand the science/biology labs approximately 5,300 sq. ft. (492.3 sq m).

Jackson Simpson, Hoar Construction project manager, and superintendent David King are overseeing the construction, with the most time-consuming work centering on the concrete foundations and back-fill operations. Colder conditions at the job site will also be a concern for crews.

“Weather is always a factor in the winter months, when getting a building out of the ground,” said King. “My approach is one day at a time. With concrete, it could be as little as blankets after placement, or as major as hot water added on site, with heaters, and blankets. The temperature dictates everything. Rain, sleet, snow is a very big deal with steel erection.”

The design firm for the new building is Fleming Architects of Memphis. Tamara Redburn, project architect, AIA, said, “We wanted to help the school achieve their idea of creating a space for each of the seven health sciences programs to have a laboratory, classroom and large storage room. Because this is a science building, we were also looking to design a more contemporary building featuring some high-tech elements. Getting lots of natural light into the spaces was also important.”

The project wasn't without its challenges, according to Redburn.

“The site drops 20 feet from the north side to the south, so we had to find a way to work with that. We also wanted to have the new building create a student quad with three other existing buildings, so it needed to look like it belonged in the space while also not looking too short, since it was set on a downhill slope.

“Inside the building, it was important to the school that the seven directors be located on both floors, so we created two administration areas, each with their own unique features. We were also concerned about the length of the building, so we used elements in the corridors in the ceiling and walls to break up the length. We also created small study niches in the corridors that create varying corridor widths.”

Redburn described the project as highly technical, with different types of laboratories covering everything from medical lab technician to physical therapy.

“It's important to accommodate all the equipment, both space wise and for the data and power needs. The spaces need to feel comfortable and bright for the students and professors, but also need to be functional for their various activities.”

The two-story building features steel columns with a brick and stone façade. Silver metal panels are used to accent various parts of the façade and cover the canopies at each door.

“There's a two-story curtain wall window on the front and back of the building at the center to draw attention from the exterior and enliven the interior with light. There is a monumental stair at the main entry that is open and full of light, with a wood wall that follows you up the stairs.

According to Redburn, having different health sciences in one facility allows for collaboration among the seven disciplines.

“We used the school colors of green and yellow to create abstract DNA strand patterns, as well as the star of life in the flooring.”

There also are various study spaces to allow students to collaborate between classes.

“These areas will also help to bring students of the various disciplines together in a way they might not have had access to before. These student areas also include extra power and USB plugs for charging devices.”

In addition, there are two x-ray machines planned for the building and a physicist reviewed the drawings for the required lead-lined walls. The mechanical system is a hybrid geothermal, which includes underground wells that take advantage of the earth's natural heat.

Designing a building that was environmentally friendly was important to the creative team.

“The hybrid geothermal system is a sustainable method to heat and cool the building. We're using low-flow toilet fixtures and automatic faucets. Occupancy sensors for the lighting will turn off lights when people aren't in the room. The building will have signs throughout to educate visitors about the sustainable features,” said Redburn.

“We designed the Nursing Building at Southwest Tennessee Community College two years ago, which was very helpful in lab planning. That building also incorporates lots of natural light. In fact, the directors at Jackson State visited the Southwest building, so they could give us feedback on what they liked.

“In every higher education project, we strive to create spaces for people to work and study productively and happily. We are hoping to create a lasting design that meets the needs of the present, without comprising the future.”