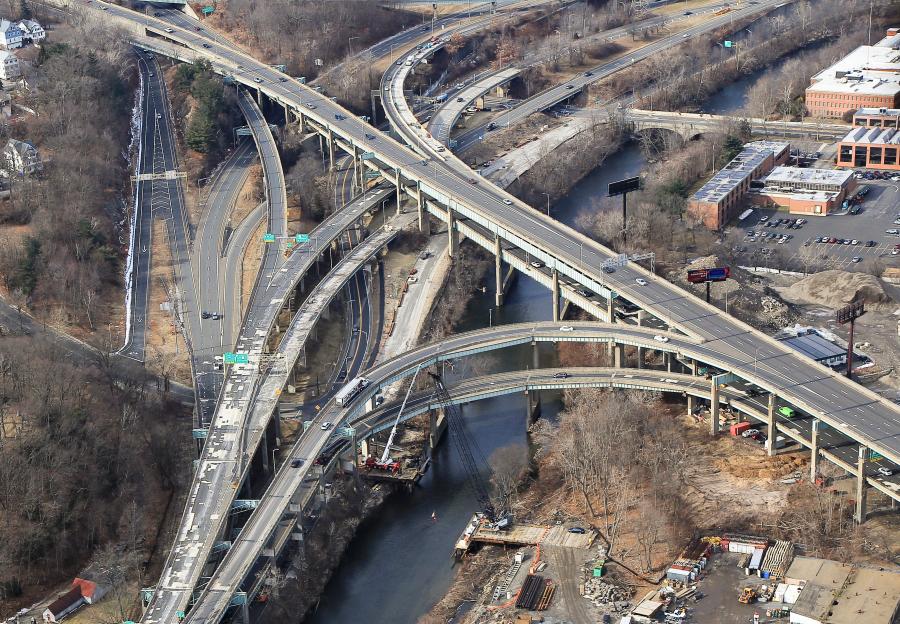 Construction is under way on a $153 million project that includes the rehabilitation of multiple bridges located within the Route 8 and I-84 interchange in Waterbury, Conn. The Connecticut Department of Transportation (CTDOT) is overseeing the work, which will improve driving conditions until the eventual, multi-billion-dollar Mixmaster replacement project begins.

"Built in the 1960s, the I-84/Route 8 Interchange is at the end of its serviceable life, without a major rehabilitation effort," said David Ferraro, CTDOT construction project engineer. "Concrete decks and the substructure throughout the interchange have deteriorated to the point of needing repairs. The Route 8 northbound structure is in need of a complete deck replacement, and Route 8 southbound currently needs five full span replacements. 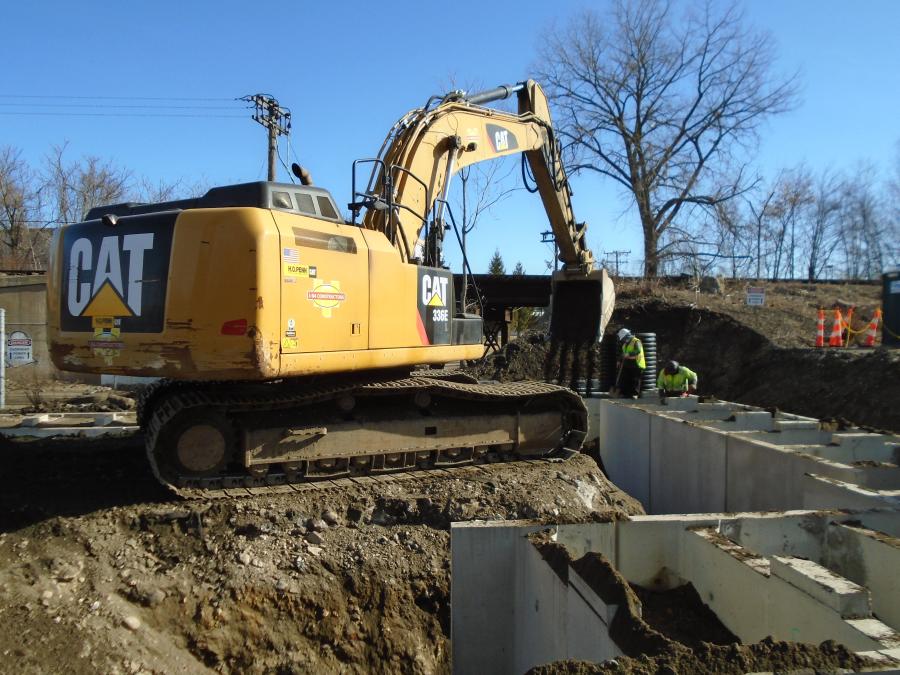 The more than 50-year-old elevated, double-decked, high-speed interchange features left- and right-hand entrance and exit ramps over city streets and the Naugatuck River. Although it's early in the rehab process, Ferraro said there have been unexpected issues.

"The level of deterioration of the existing concrete piers is much greater than the design intended, which will require additional repair. After some very limited investigation, we anticipate that the partial and full depth concrete deck repairs will increase. Deterioration levels of the existing bridge decks along Route 8 northbound and southbound have reached a critical state, requiring us to perform repairs in advance of performing the intended rehabilitation scope associated with these bridge decks."

According to a CTDOT news release, roughly 150,000 vehicles travel through the complex interchange on an average day. This number is triple the amount of traffic it carried when originally built.

"This rehabilitation was designed to add 25 years of service life to the structure, while the department performs a preliminary engineering study to investigate concepts that address the entire I-84/Route 8 Interchange," said CTDOT principal engineer Michael Calabrese. 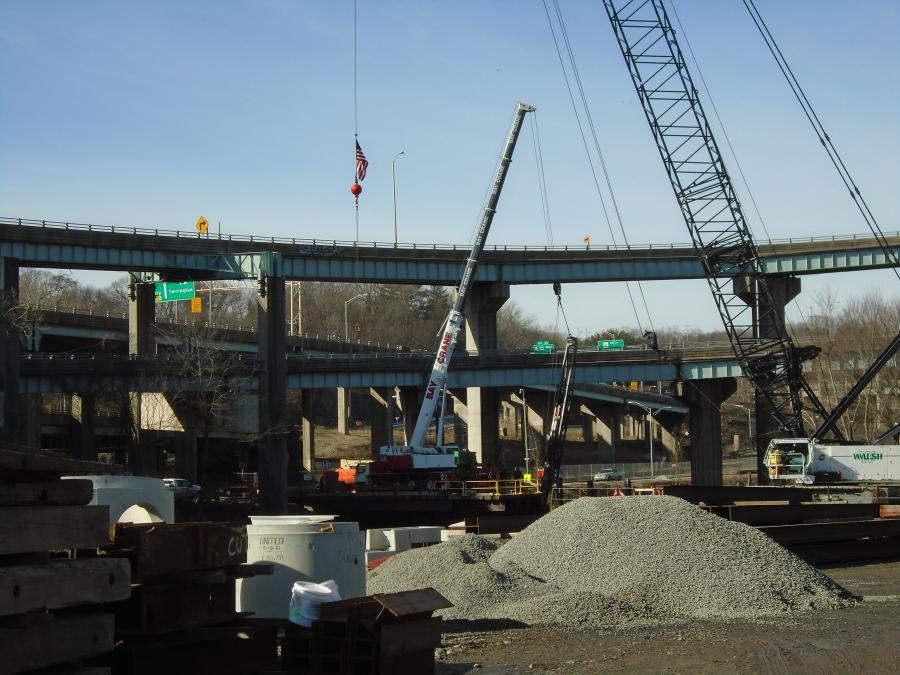 "This project has been in the design stage for [more than] 10 years. Many different options were discussed and studied, including performing the work over multiple weekends and extensive long duration detours. A careful balance between the needs of the traveling public and the need for timely rehabilitation of the structure was considered into the final design product.

"Maintenance and protection of traffic (MPT) is a significant challenge, given the volume of traffic, limited work windows and complex interchange of bridges and roadways," said Bagdasarian. "In fact, a temporary bypass roadway will be constructed for Route 8 northbound to allow for the replacement of the existing concrete deck. This is necessary because the existing bridge width is too narrow to facilitate staged construction and the complex array of exit ramps complicates MPT."

Another significant challenge relates to the rehabilitation of the multi-level highways of Route 8 and I-84 mainline.

"These structures are stacked one on top of the other, which poses unique challenges not common to most bridge rehabilitation work, said Bagdasarian. "For example, full depth deck repairs on the upper deck will likely require lane closures on both decks. Additionally, significant headroom restrictions on the lower deck will complicate structural steel repairs and overhead sign structure construction."

Traffic has not been affected during key hours, and, so far, feedback from the traveling public has been positive.

Keeping the traveling public informed ahead of time has been critical.

"To help aid the public with future travel plans, press releases outlining the dates and times of lane and ramp closures are sent out weeks in advance," said Kenney. "Established detour routes also are included in these notices. Several platforms are used to communicate this information including our project website, Facebook, Twitter and Instagram." 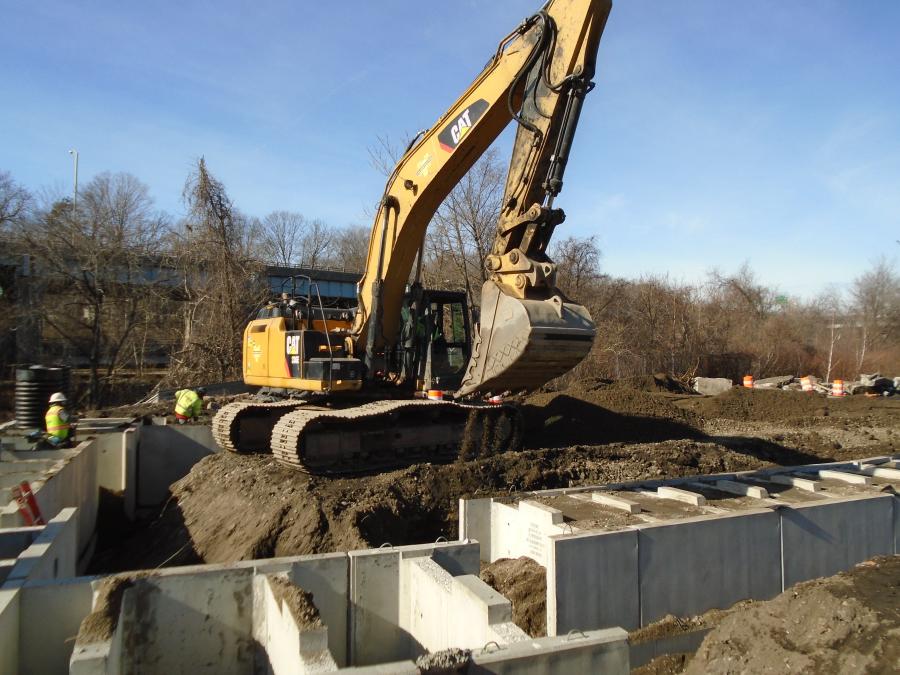 Currently, construction of the two temporary bridges that carry the temporary bypass over the Naugatuck River is taking place. In addition, work has just begun on the construction of the third temporary bridge which crosses Freight Street. Rehabilitation work also has begun on I-84 eastbound, the Route 8 southbound ramp to I-84 eastbound and on the Route 8 northbound off ramp to Riverside Street.

"Deck end replacement poses significant limitation of operation challenges, as nighttime demolition work has to be structurally plated to allow restoration of traffic the following morning. Demolition and reconstruction will need to be performed in manageable widths over several nights to avoid impacts to traffic."

Deck repairs/replacements are complicated by the volume of traffic and the "spaghetti junction" of intertwined roadways and bridge structures. Deck repairs consist of multiple phases of work.

A unique deck replacement alternative to be implemented on this project involves the use of precast exodermic deck units to replace several spans of the existing Route 8 southbound bridge deck. This will involve the complete closure of Route 8 southbound over eight weekends, to demolish and fully replace the bridge deck for five existing spans. 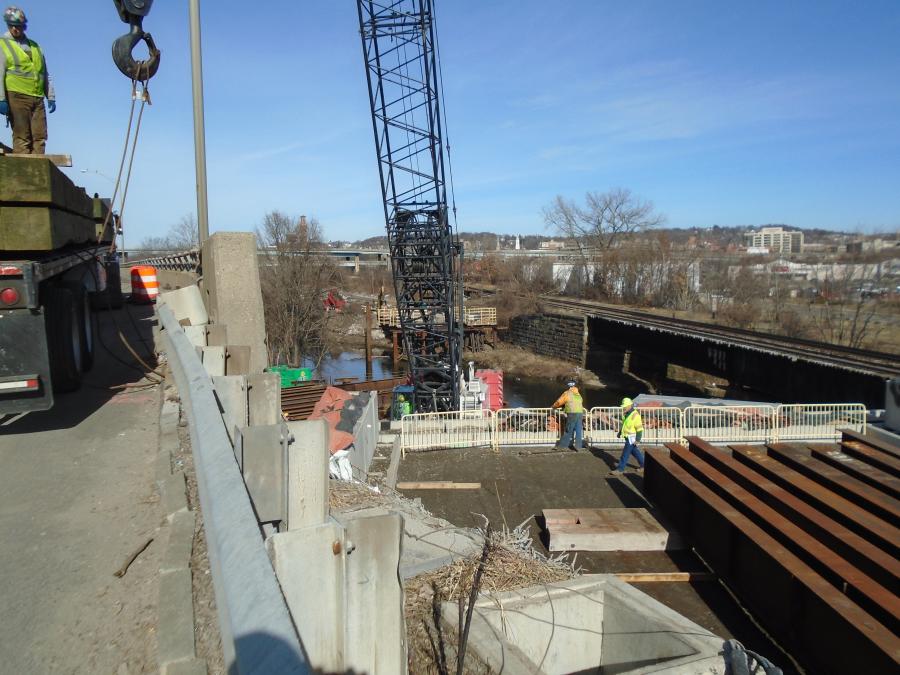 Exodermic bridge deck units are comprised of prefabricated composite reinforced concrete and steel grid deck systems which are lightweight and durable. They are erected in various width panels and tied together via high strength closure pours. This accelerated process makes them very attractive in conditions where limited traffic disruptions are required.

There are approximately fifty construction workers within various trades working on the project, two shifts a day. The number of workers will increase to approximately 150 in the spring of 2019.

Nearly 30,000 yds. of borrow material will be trucked into the project to build the temporary bypass. Main equipment being used on the rehab project includes a Caterpillar 336E hydraulic excavator; a Wacker Neuson remote controlled 32 by 24 in. double drum roller; a Manitowoc 14000, 200-ton track crane; a 130-ton Liebherr five-axle truck crane; an APE Model D30-52 diesel impact hammer; and a Link-Belt 238 crawler crane with 150 ft. of boom. 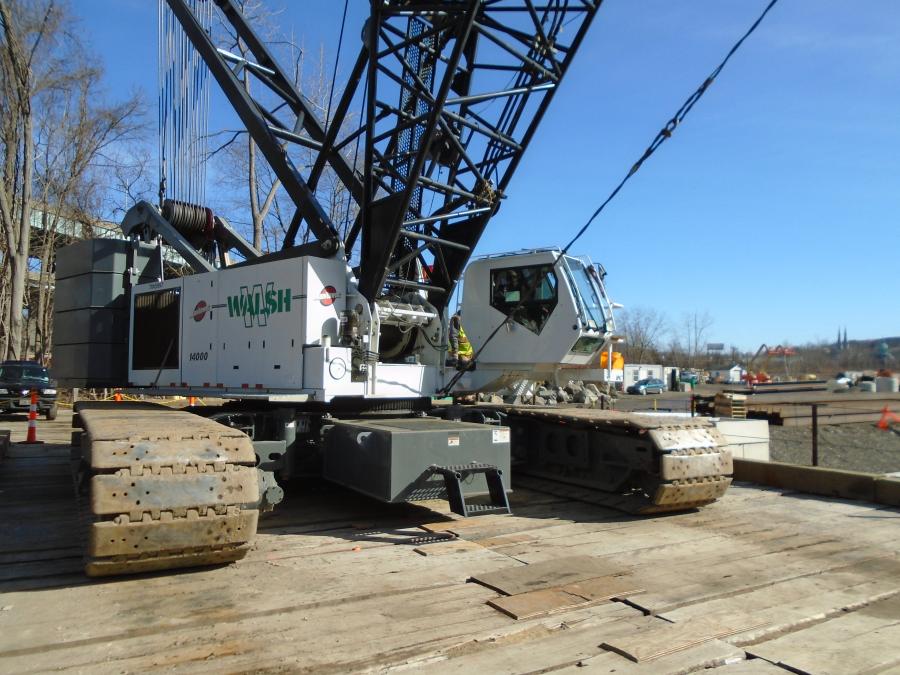 Two of the temporary bridges are prefabricated modular steel bridges. Materials for rehabilitation work will include cast-in-place concrete for partial and full depth deck repairs and for the complete deck replacements, bituminous concrete pavement overlays and steel plating for repairing the structural steel.

Ferraro said a significant amount of time and effort goes into ensuring that the traveling public, city and stakeholders are well informed of the work being performed, and the related lane, ramp and road closures.

"These closures necessitate detours that affect local communities, which require coordination with those affected. Another major responsibility is managing the project inspection team, to ensure that all construction activities are properly covered on day, night and weekend shifts, and ensuring they are well informed and have access to all of the documents they need. We have an exceptional team here in Waterbury, with some of the best people in the industry, and I'm extremely grateful for the opportunity to work with them."

Ferraro added, "It's very rewarding to see a project like this come to fruition after being involved in the design process for years. To see the project plans come to life. To know that we are making a difference by improving these structures for the thousands of motorists who travel through Waterbury every day."