The project is on schedule, but zoning requirements regarding the building's parking area resulted in some additional cost and a few design changes. 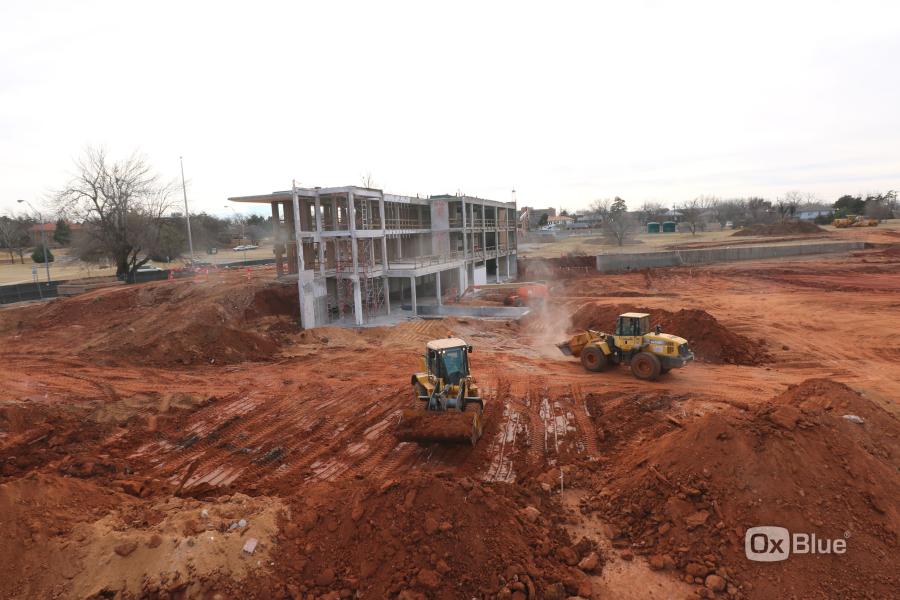 Work is under way on a $15 million project to provide a new and roomier 38,403-sq.-ft. headquarters building for the Oklahoma Department of Wildlife Conservation in Oklahoma City.

Crews also will construct a 7,825-sq.-ft. warehouse to replace the one currently in use. It will house the department's communications manager who installs radios in department vehicles for law enforcement.

The new building site is at NE 18 and N. Lincoln Blvd. It will stand three stories tall and provide more room for wildlife conservation staff. It's slated to be completed in July 2018.

Money for new construction comes from hunting and fishing license fee revenue rather than state appropriations. Also, the new building is funded without the need for a license fee hike.

The project is on schedule, but zoning requirements regarding the building's parking area resulted in some additional cost and a few design changes.

CMS Willowbrook, based in Oklahoma City, was selected through a competitive bid process as construction manager and is in charge of the project's demolition and construction.

Additional responsibilities include project scheduling and control of the scope of work to avoid delays, changes, disputes and cost overruns.

Workers used jack hammers to break up the old concrete; Track hoes tore through the existing walls; and cleanup crews hauled away used rebar and concrete.

However, the demolition crew left reinforced concrete beams and a foundation that will be used for the new, larger building on the site.

The demolition phase has now been completed along with most of the earthwork.

Initial construction on the base of the building is now complete. Walls have gone up and footings and concrete pours have been made. Numerous trucks, backhoes and dirt moving equipment are at the construction site and the project area is fenced and secured for safety purposes.

According to Angelo Bradford, CMS Willowbrook's project manager, the company is using 35 subcontractors.

“The building will continue the Frank Lloyd Wright architectural design,” said Melinda Sturgess-Streich, assistant director of Oklahoma Department of Wildlife Conservation. “It will include stone and aggregate exterior. An atrium will be used to join the existing structure and the new as well as to pull in the natural light.”

The interior will feature an open design that will allow for flexibility of its use in the future. Plans include construction of three indoor dioramas, a complete floor plan revision and a glass elevator for the atrium.

Workers also will install an outdoor kitchen and a reflecting pond.

The outdoor landscape is designed for the Oklahoma climate including drought- tolerant plants.

In 2013, a flood caused $50,000 in damage to the original headquarters building. Also, the building was not built to modern standards.

And the 50-year-old structure was experiencing growing pains. Offices were cramped.

So the Department of Wildlife Conservation decided a new, larger building was the best option.

“It quickly became apparent the building needed major renovations to comply with the Americans with Disabilities Act and with current building codes,” Sturgess-Streich stated in a release. “There also are some asbestos abatement issues that we need to address.”

The new building is designed to include a strong education component.

It will be a destination for our outdoors-minded customers.

In addition, the building will be more energy efficient, safer, leak-proof, technologically advanced, Americans with Disabilities Act-compliant and fitness-oriented.

Most of the flood damage was limited to the building's auditorium. But the entire structure had other deficiencies.

It was not ADA compliant; did not have a sprinkler system for dousing fires; lacked a fire alarm system; and contained small levels of asbestos.

The original headquarters building was aging —the 24,768-sq.-ft. structure was dedicated in 1966 — so Department of Wildlife Conservation officials determined that constructing a new building was the best course of action.

Sturgess-Streich said the Wildlife Department will operate from the temporary location, formerly the Krowse Army Reserve Center, for about two years.