$1B Chase Center Tops Out 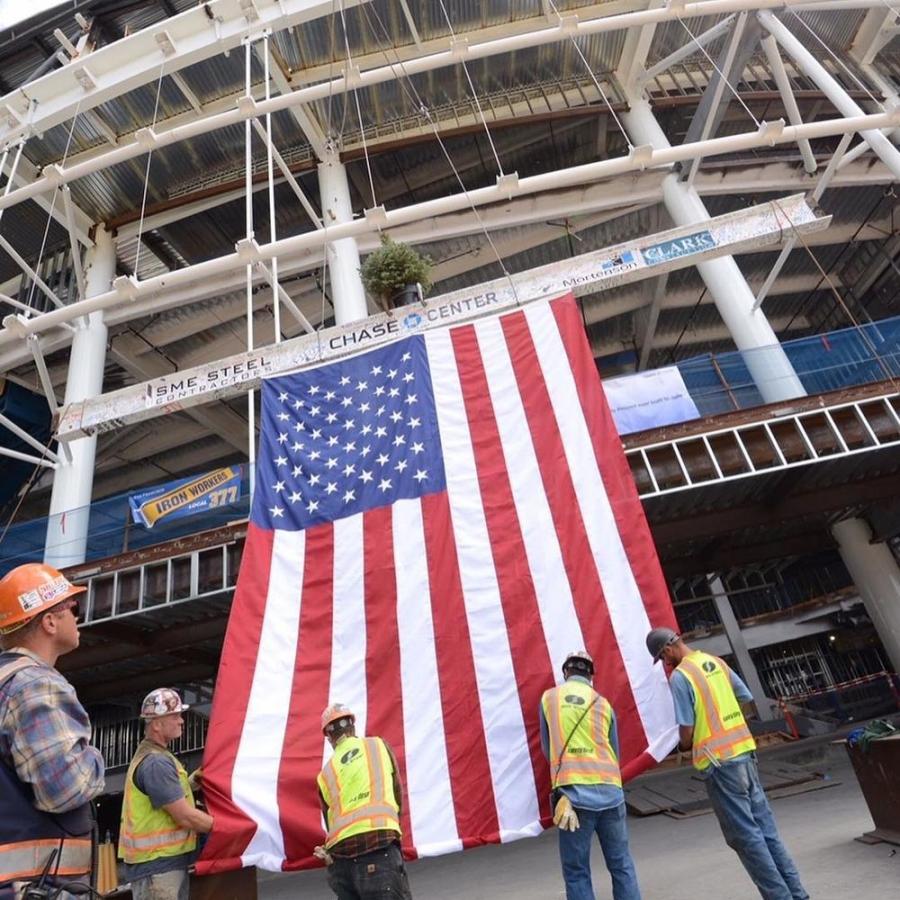 More than 9,000 tons of structural steel have been erected and more than 100,000 cu. yds. of structural cast-in-place concrete will form the entire structure. (Chase Center photo)

On Sept. 14, the Golden State Warriors, Chase Center and Mortensen/Clark Joint Venture held a topping out ceremony as the last piece of steel was lifted into place at the arena. The Chase Center is on track to open for the 2019-20 NBA season in San Francisco's Mission Bay Neighborhood. 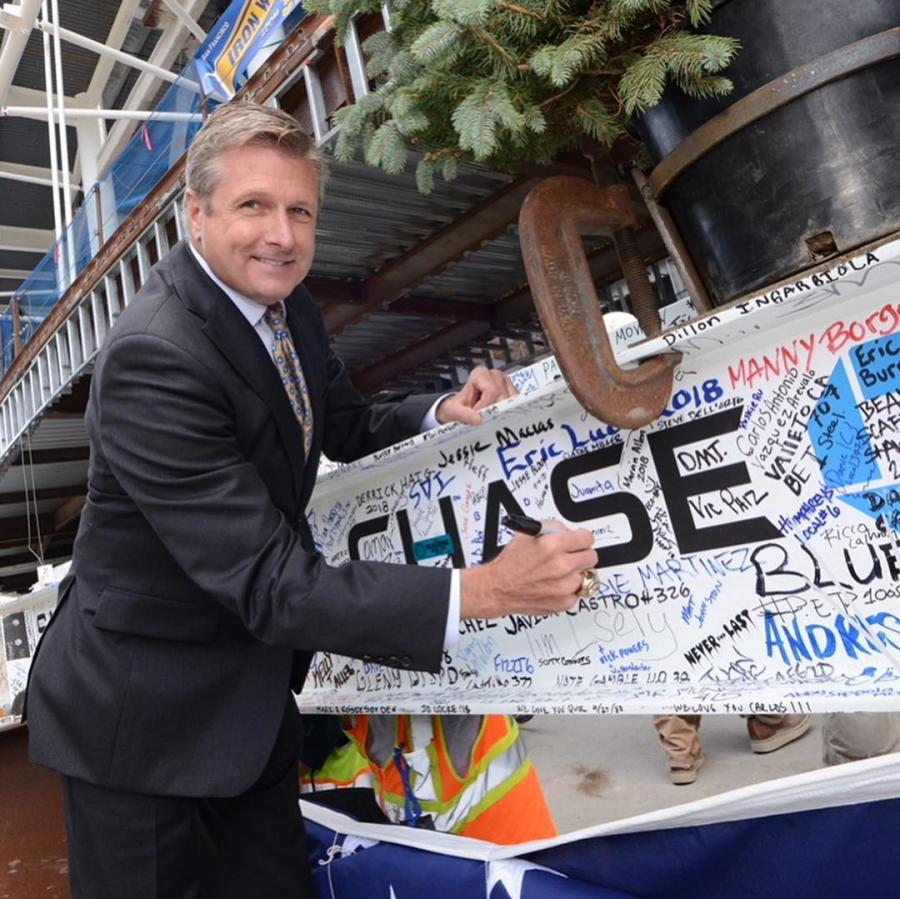 Earlier this year, CEG spoke with Rick Welts, president and chief operating officer of the Warriors, who spent 17 years in New York as an executive in the NBA's league offices.

“The Warriors have been the Bay Area's NBA team for more than half a century,” said Welts, who wanted arena partner JPMorgan Chase & Co. involved in the project. “With the construction of this new venue, we're making sure the Warriors will be the Bay Area's team for the next 50 years and beyond. From day one, we said we wanted to build the Madison Square Garden of the West.” 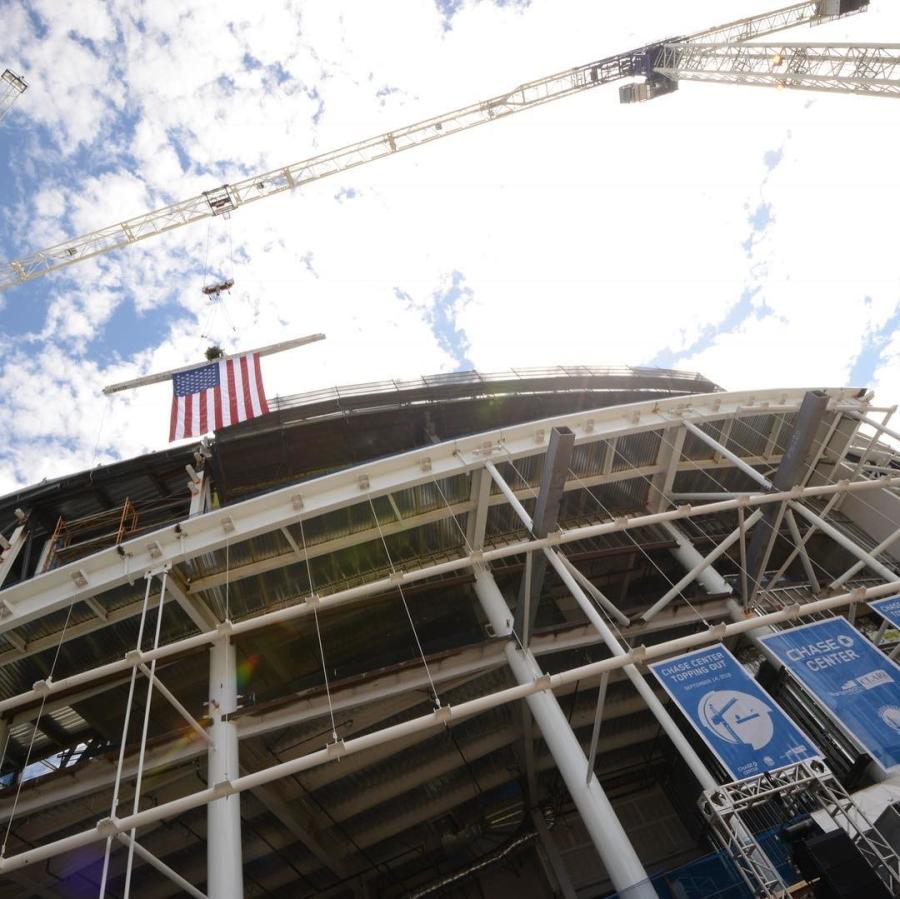 More than 9,000 tons of structural steel have been erected and more than 100,000 cu. yds of structural cast-in-place concrete will form the entire structure.

No taxpayer dollars were used to build the Chase Center, as it is being privately financed due to a partnership with JPMorgan Chase. It is also the first arena ever build on private land.