With many projects set to wrap up in the coming months around the world, 2018 is quickly turning into the year of memorable architecture. 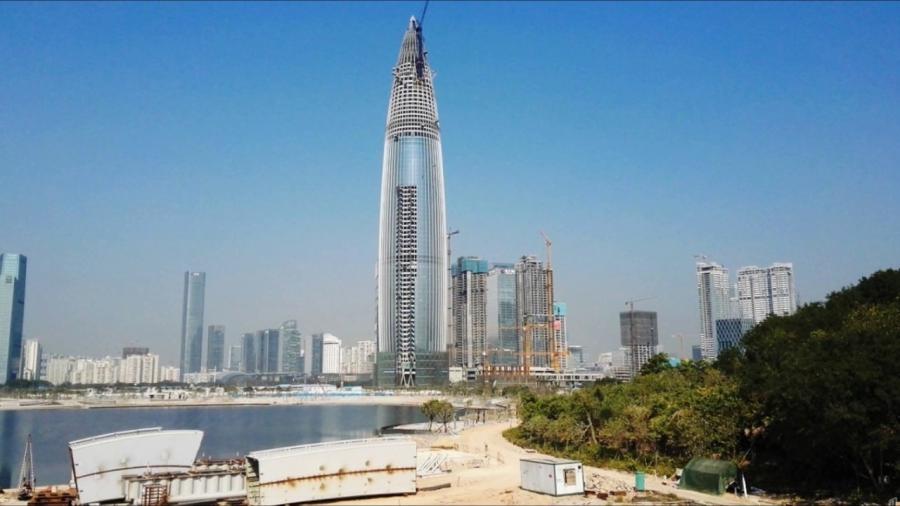 With many projects set to wrap up in the coming months around the world, 2018 is quickly turning into the year of memorable architecture.

CNN recently compiled a list of buildings set for completion this year:

China Resources Headquarters, Shenzhen, China: Designed by KPF Associates, this 72-story skyscraper made primarily of steel and reinforced concrete will be home to offices, a museum, retail space, performance hall and auditorium.

Tribunal de Paris, Paris: The 667,000-sq.-ft. courthouse was designed by architect Renzo Piano. When complete (likely in April 2018) it will claim the title of the biggest court complex in Europe. The size of the towers that make up the structure decrease as they ascend so as to lessen the impact on the Paris skyline, Dezeen reported. Fully landscaped rooftop terraces complete the effect.

V&A Museum of Design, Dundee, Scotland: Designed by Japanese architect Kengo Kuma and built by BAM Construction, this structure will be the first design museum in the United Kingdom outside of London. The three-story building includes curved concrete walls made of 2,500 pre-cast stone weighing up to 6,600 lbs. each, which will be hung to mimic a Scottish cliff. When complete, the building will span 26,246 sq. ft.

Vessel, New York City: Set at the Hudson Yards, this $200 million sculpture was designed by Thomas Heatherwick, who was inspired by Indian step wells, Curbed reported. Made up of 154 staircases, this piece of interactive art is believed by some to become the “Eiffel Tower of New York City,” Curbed reported.

111 West 57th Street, New York City: Designed by SHoP Architects and built by JDS Construction Group, this building, known as the Steinway Tower, stretches 1,428 ft. high. The original Steinway building, constructed in 1925, serves as the base for the new design, which will feature terra-cotta facades and bronze accents. When complete the skyscraper will be one of the city's tallest buildings, and will claim the title of World's Most Slender Skyscraper.

Darling Square Civic Building, Sydney: This structure, designed by Kengo Kuma and Associates will serve as the focal point for Sydney's up-and-coming Darling Square, a redevelopment initiative by the government totaling $3.4 billion. The six-story building will be wrapped in timber ribbons, mimicking the structure of a hive, ArchitectureAU reported. The timber used will be Accoya, a modified wood that resists rot and the elements.

Istanbul New Airport Terminal, Istanbul: Designed by Grimshaw Architects, the first phase of this new airport will be complete sometime in 2018. The full project, which will include six runways to transport around 90 million passengers each year, won't be fully open for business for a decade.

Helsinki Central Library, Helsinki: This 52,493-sq.-ft. building, designed by ALA Architects, is a library and so much more. With three distinct levels, the structure will serve as a gathering space for the community, combining a traditional library with a learning environment featuring workshop areas for music and more, a public sauna, a multipurpose hall, a restaurant and movie theater. Architectural features will include a wooden façade, curved ceilings and floors and a double-helix-shaped staircase.

Lakhta Center, St. Petersburg: Part of a modern business center in St. Petersburg, this building will become the tallest building in Europe once complete. The structure will include a “World of Science” planetarium, a panoramic restaurant, a multi-purpose hall and an observation deck.

Framework, Portland, Ore.: When complete, this 85-ft.-tall residential building will be both the first and the tallest wooden high-rise in the United States.

Grand Egyptian Museum, Giza: Designed by Dublin-based Heneghan Peng, the triangular building sits west of the pyramids, and will feature a translucent stone wall, made of alabaster, on the front façade. When open, the museum will feature about 50,000 artifacts, including the first exhibit with the full collection of pieces from King Tut's tomb.

Domino Sugar Residential Building, New York City: SHoP Architects designed this residential building on the site of the old Domino sugar factory. When complete, it will breathe new life into the waterfront space in Williamsburg, Brooklyn.