A $20 million road widening and bridge replacement project is in the works for Woodward County, Okla. 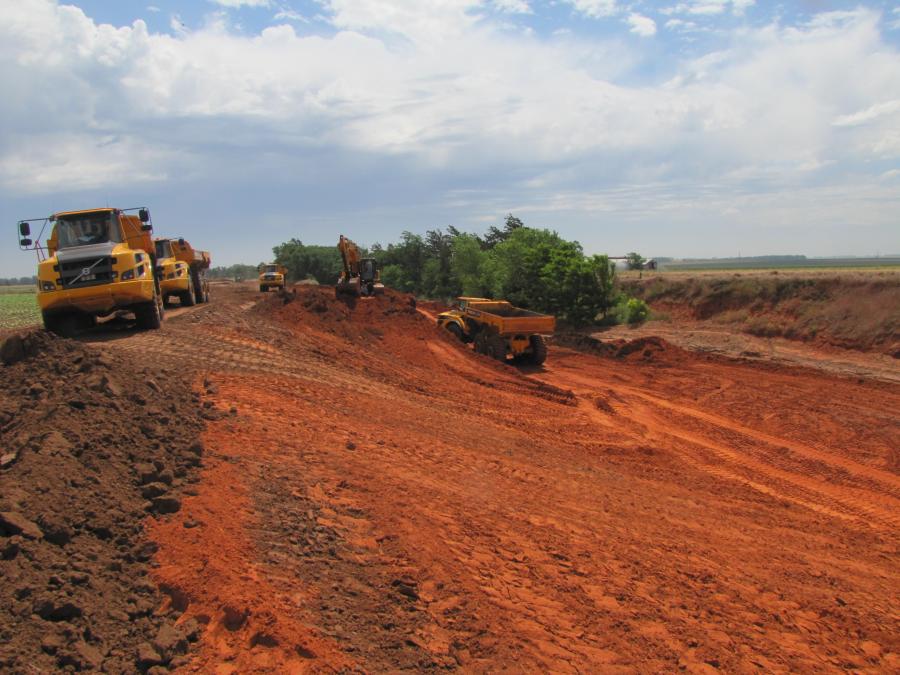 A $20 million road widening and bridge replacement project is under way on U.S.183 in Woodward County, Okla.

A $20 million road widening and bridge replacement project is under way on U.S. 183 in Woodward County, Okla.

The rural location is 5 mi. (8 km) southeast of the SH-50 junction, between the towns of Mutual and Seiling. Woodward, Okla., is the largest city in the area with a population of about 12,000.

In addition, crews will relocate County Road E0530, which will improve drainage and provide better flood control in the area. The county road frequently flooded in the past.

Work on the project began in December of 2015 and is scheduled to conclude in May 2017. Current construction includes earthwork, soil stabilization, paving and bridge construction.

Cummings Construction Co. Inc. of Enid, Okla., is contractor for the project. Cummins is a major Oklahoma producer of hot mix materials and pavements. The company has been in business for more than 50 years. Focusing on road and highway construction, it maintains more than five offices in Oklahoma. The project manager is Jack Shane and ODOT resident engineer is David Burke.

They will remove 182,000 cu. yds. (139,149 cu m) of unclassified borrow, which is material obtained beyond a slope line or off site. It is used for embankments or fills.

In the past five years its usage has increased by 850 vehicles in a measure referred to as annual average daily traffic.

It is the total volume of vehicle traffic of a highway or road for a year divided by 365 days. The 2015 AADT was 4,284. It is anticipated that traffic on the highway will increase by 50 percent in the next 20 years.

Upgrade of U.S. 183 is the third major highway construction project in the area in recent years.

“We just finished construction of two major projects on U.S. 412,” said Jerry Embree, assistant manager at the Buffalo, Okla., residency in division 6 of the Oklahoma Department of Transportation. “The size of the project is relative to the cost that is increasing from year to year. These types of projects depend on our yearly budget and eight-year program.”

The U.S. 183 project is one of five projects in the area that cost more than $10 million each.

The area of the project is known for its rolling terrain with pastures, farming and ranch cattle. Main industries include mining, quarrying, oil and gas extraction, construction and retail trade.

“The main advantage is a safer corridor for the traveling public,” Embree said.

He added that the construction will decrease the amount of funds needed to maintain the roadway. “Plus providing a safer, more adequate highway system,” Embree said. _CEG