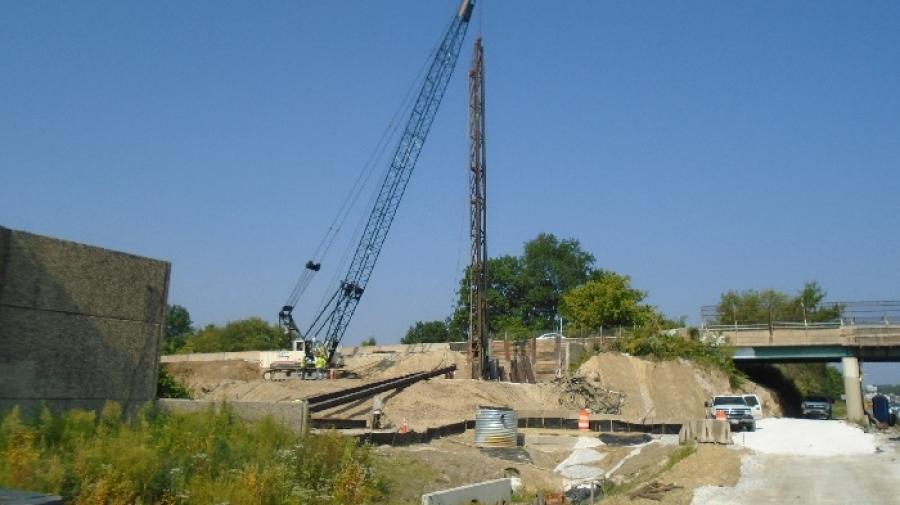 The Hogan Administration announced the completion of the highway widening, bridge replacement and interchange reconstruction project on I-695 (Baltimore Beltway) between MD 41 (Perring Parkway) and MD 147 (Harford Road) in Baltimore County. The $32 million project started spring 2014.

The new lanes will break a long-standing bottleneck on I-695 and provide drivers a longer distance to merge on and off the I-695 between Harford Road and Perring Parkway.

"This project brings to completion one of the state's four major projects to reduce traffic congestion, replace aging bridges and enhance safety on I-695," said Gov. Larry Hogan. "These much-needed enhancements address long-standing issues in Baltimore County and will allow for a faster and safer commute for the tens of thousands of citizens who travel this essential highway every day."

The project also included replacing the Old Harford Road Bridge over I-695. The new bridge is 85 ft. longer and nearly 4 ft. higher to accommodate both the new auxiliary lanes and possible future beltway widening. The bridge deck (riding surface) was constructed to allow for bicycle traffic and pedestrians will enjoy new five-foot sidewalks in both directions.

"Every day, more than 161,000 vehicles travel on I-695 between Perring Parkway and Harford Road and we expect that number to increase to 181,000 vehicles per day by 2035," said Gregory Slater, state highway administrator. "We appreciate motorists' patience during construction as we work hard to ease congestion."

MDOT SHA's contractor for the I-695 project in Parkville was The Six-M Company of Delta, Pa.

For more information about this project, visit: apps.roads.maryland.gov.