348 H5 Lifts Between the Hedges at University of Georgia 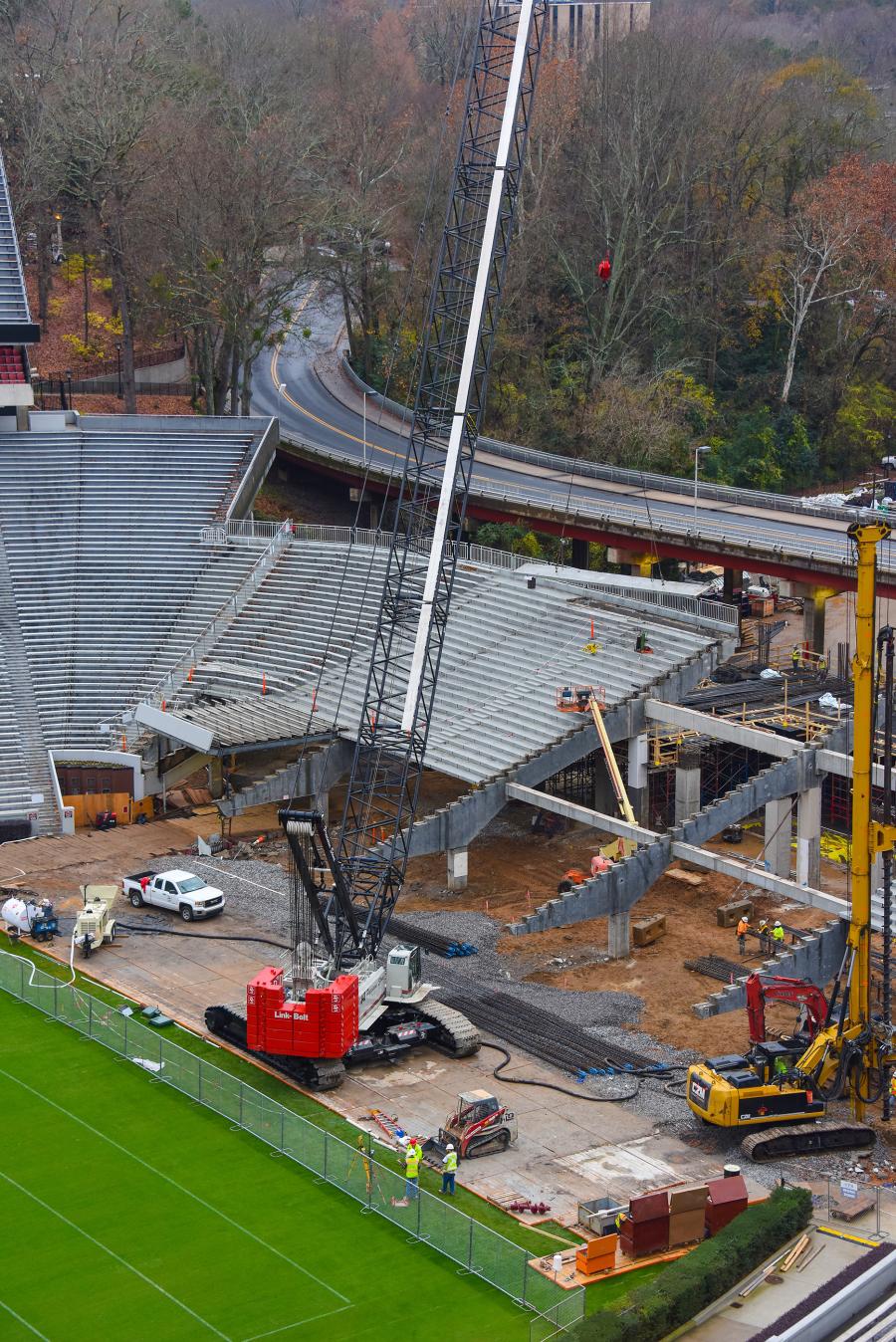 The project completes a $63 million investment for the home of University of Georgia football. Sanford Stadium was originally built in 1929 and upon completion will become the tenth largest stadium of any kind, by capacity (92,746), in the United States.

The foundation, which supports the stadium bleachers, is removed and replaced with 104 larger concrete sections that weigh 30,000 lbs. (13,607.7 kg) each.

Precast Stone selected the 300-ton Link-Belt to remove and eventually replace one type of precast concrete beam in particular — 100,000 lb. (45 449 kg) raker beams — which are an awkwardly angled section of concrete that runs perpendicular to support sections.

“I gently lift the raker beam up. Once I see movement on top of the columns, I just ease the boom up so it comes to me just a little bit. Then I lift it higher and away from the columns. The crew rotates the beam with tag lines about 40 degrees and I set it down in between the columns. We lay it over on its side so another crew can saw it into three pieces,” Keith Carpenter, operator, said.

“I love this machine. It's a smooth operating crane and operator friendly. It's also strong, but I just like it because of its smoothness. I've operated cranes for 35 years, but this is the first new crawler machine I've operated. It is real comfortable, too,” said Carpenter.

Taking the raker beams down in one piece proved easier than breaking up each section in place. The slabs are hauled on flat beds to be recycled in Norcross, Ga. New precast concrete is shipped in from Hiram, Ga., and Greenville, S.C. 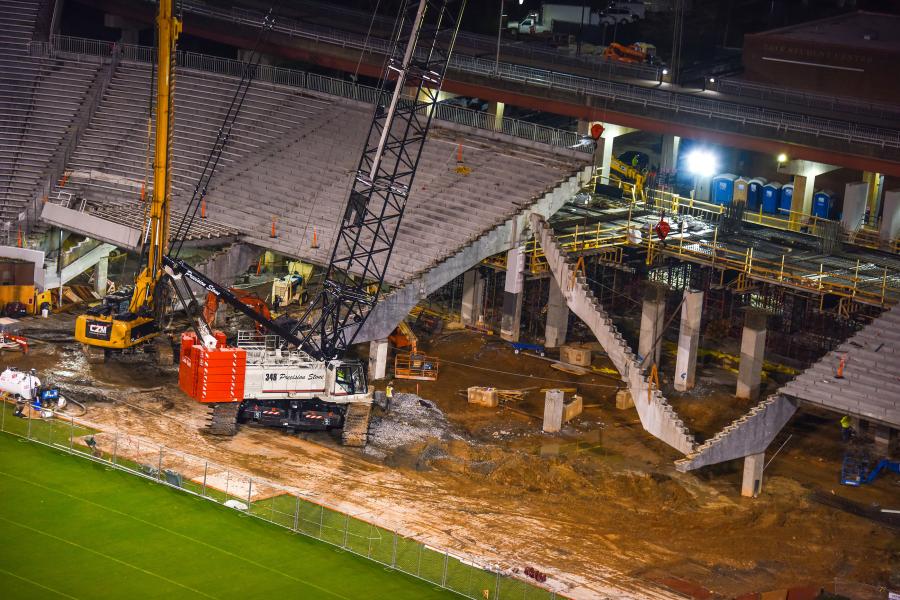 “We've had a lot of good results with Link-Belt equipment. They are more user friendly than other machines. We get a lot of good use out of the Link-Belts and everybody likes running them,” said Jon Leggett, equipment manager.