3D Printing of Construction Equipment: 3 Things You Should Know 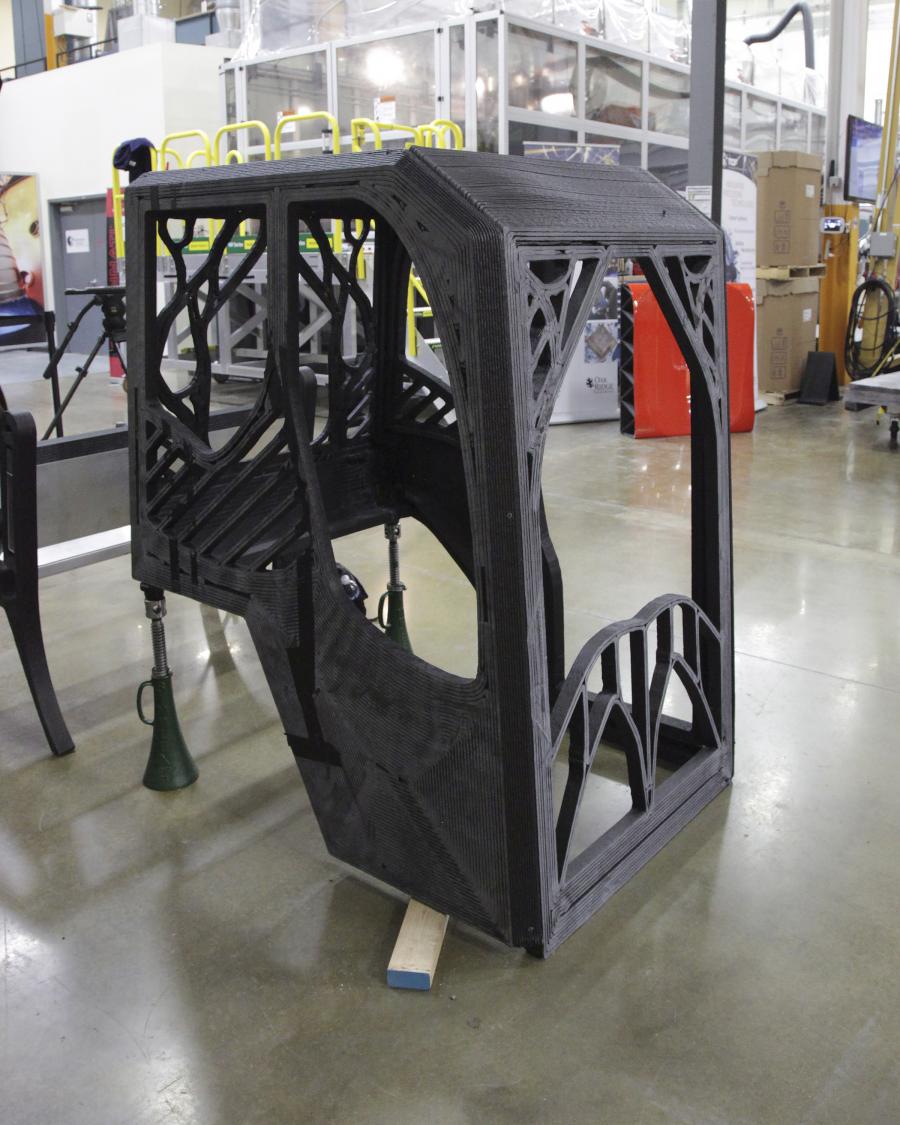 Visitors to ConExpo-Con/AGG and IFPE 2017 might have seen the unveiling of the world's first 3D-printed excavator at the event's inaugural Tech Experience.

It was more than just an attention-getter.

3D printing has slowly but surely developed into a disruptive technology poised to have far-reaching effects on the equipment industry.

The Association of Equipment Manufacturers (AEM) was part of the team effort that developed that 3D-printed excavator.

AEM relays three things to keep in mind when looking at 3D printing and its potential for equipment manufacturing.

3D Printing Has Enormous Potential, But it is Still Growing and Evolving

The consensus right now among leading additive manufacturing experts is that the technology's immediate potential can be most readily found in smaller-scale deployments, according to Lonnie Love, corporate research fellow at Oak Ridge National Laboratory.

One key hurdle to adoption is that 3D printing is not yet fast enough, said Love.

“When you make these great parts at low volumes, you don't care that it takes a week or a month… but we've got to go faster because it drives the productivity up and the costs down [for manufacturers].”

Love and his colleagues at Oak Ridge National Laboratory can attest to both the technology's incredible capabilities and its value proposition for manufacturers.

They were involved in building the world's first operational 3D-printed excavator unveiled at the Tech Experience at ConExpo-Con/AGG and IFPE 2017.

It was an incredible undertaking, and the success of Project AME proved the sky's really the limit in terms of what 3D-printing technology can do.

3D Printing Can Help Manufacturers Create Efficiencies and Save Money

The costly and time-consuming process of tooling is a prime example of an opportunity for manufacturers to leverage 3D printing to create efficiencies.

According to Love, the production of molds, jigs and fixtures used in the mass production of heavy equipment can take months, run six-figure costs and very often involve tooling companies based overseas. However, Love believes that the widespread adoption of additive manufacturing could change all that.

“This may be a mechanism to rapidly get tooling back in the U.S.,” Love said, “To make it take days and not months. It costs thousands instead of hundreds of thousands. We've already proven this on the automotive and aerospace sides. Now it's time to take a look at construction and see where it fits.”

The equipment industry has earned a well-deserved reputation for designing and building machinery that stays in use for decades. But manufacturers spend heavily to keep massive inventories of spare parts on hand to meet customer needs.

According to Love, companies are now combating that challenge by cutting back on the overhead costs of warehouse space through 3D printing.

“The advantage of this technology is you could actually print a replacement part without having to have that inventory,” Love said. “That, to me, has tremendous potential.”