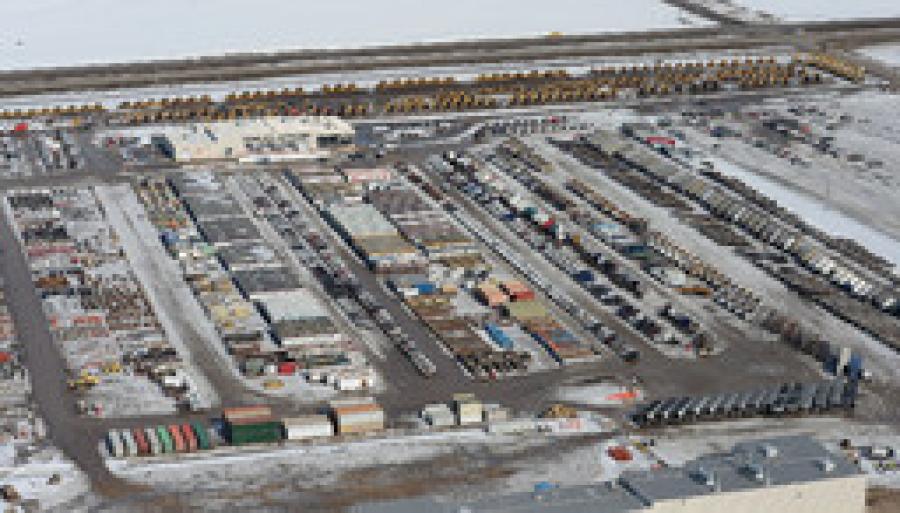 As equipment rolled into view and crowds began to gather at Ritchie Bros.' Grande Prairie auction this week, one thing became clear: records would be broken. By auction's end, CA$62+ million (US$46+ million) of equipment had been sold, and more than 7,150 people had registered to bid—both new records for the Grande Prairie site.

"I'd like to thank all of our customers for choosing to buy and sell at this auction," said Simon Wallan, Vice President, Ritchie Bros. "We normally hold our first Grande Prairie auction of the year in April, but added this auction to the Peace Region calendar to meet the needs of two customers—Pinnacle Services and Continental Pipelines and Facilities—looking to do complete dispersals. This new date created a tremendous opportunity for others to take part in this truly exciting event. Record bidder attendance proved the strength of our global marketing and helped us achieve solid pricing on the large selection of late-model, low-hour equipment and trucks in the auction."

Bidders participated in the auction in person, online in real time at rbauction.com, and by proxy. Online buyers purchased 55 percent (CA$34+ million or US$25+ million) of the equipment in the auction. All items were sold without minimum bids or reserve prices.

Ritchie Bros. has 140+ upcoming auctions on its calendar at rbauction.com, including the next Grande Prairie auction, which will take place April 14, 2016. Visit rbauction.com/GrandePrairie for more info.