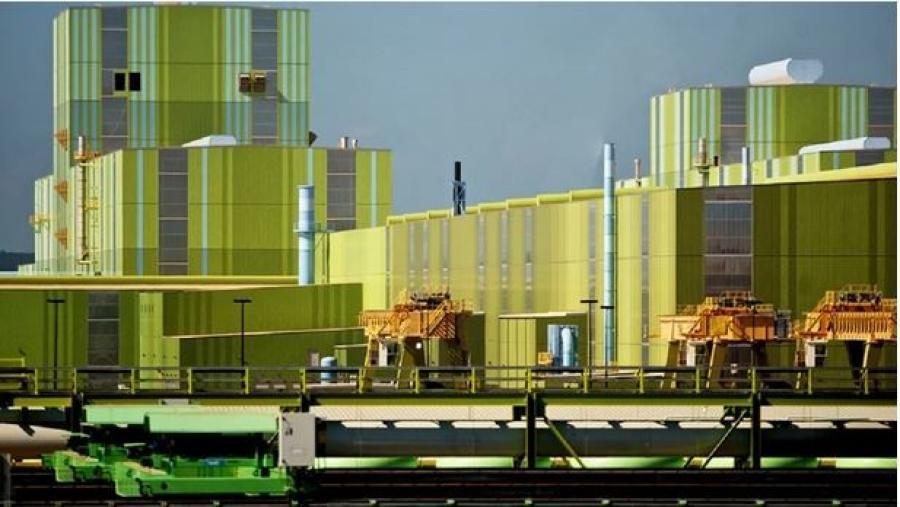 A $500 million electric arc furnace at the AM/NS Calvert Mill in Mobile County, Ala., is expected to add 300 jobs and a major new capability for the former ThyssenKrupp plant.

ArcelorMittal, which now operates the facility in a partnership with Nippon Steel Corp., has announced plans to add the electric arc furnace, or EAF, capable of producing 1.5 million metric tons of steel annually. That's enough to build 214 Eiffel Towers and get more than a quarter of a way complete on another one, according to Alabama Power.

Most importantly, it will allow the mill to produce slabs of steel on site. Currently, those slabs are imported from Brazil.

The U.S.-Mexico-Canada Agreement, or USMCA, calls for more future automotive steel used in the United States to be produced in North America.

"An electric arc furnace at Calvert makes strategic sense as it allows our asset to be more reactive to the local market as well as being in line with the USMCA," said Lakshmi Mittal, chairman and CEO of ArcelorMittal. "Furthermore, it aligns with our ambition of producing smarter steels for a better world."

The Alabama EAF is expected to take two years to complete and will create more than 500 on-site construction jobs.

The steel slabs produced at the EAF will be used at AM/NS Calvert's existing hot strip mill, which produces a broad spectrum of steel grades required for the industries the plant serves.

AM/NS CEO Jorge Oliveira said. "For many months, we have discussed this opportunity and identified the need for our facility to offer our customers shorter lead times and order flexibility to compete with the mini-mills in our targeted markets. This investment is not only positive for our company but also for the community."

"Alabama has a long heritage in steelmaking, and the decision by AM/NS Calvert to invest more than $500 million at its Mobile County mill represents another important development in the history of the industry in the state," Gov. Kay Ivey said.

Alabama officials characterize the EAF as a major enhancement to the state's already $4.2 billion AM/NS Calvert plant, located 35 mi. north of the city of Mobile. The plant is a major employer in the northern part of the county. The Alabama Department of Commerce worked with the company to develop the EAF, along with the Mobile Area Chamber of Commerce, state and local officials, and Alabama Power.

Mobile County Commissioner Merceria Ludgood, who represents the district where the AM/NS Calvert facility is located, said, "This means good jobs and a significant investment in our county. We look forward to a long and prosperous relationship with one of our best corporate citizens."

The expansion builds on other economic development successes in the area that also includes aerospace and other advanced manufacturing and distribution.