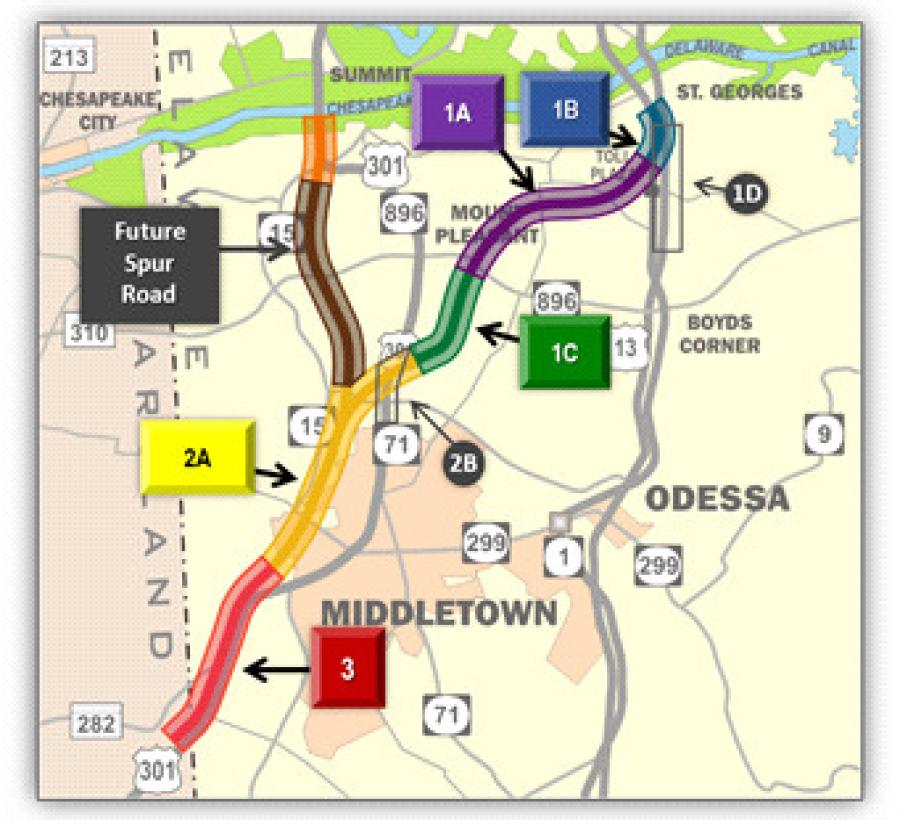 Construction of the new U.S. 301 in Delaware continues to proceed with the first of the seven project phases nearing completion ahead of schedule. The nearly 14 mi.-long, $636 million project is divided into seven contracts that are being built concurrently.

“R.E. Pierson Construction is very proud of our section of the new 301 alignment. Due to the collective effort of our project team and the department's staff, we have offset any project delays to secure a timely completion,” said Ralph Farabaugh, construction manager of R.E. Pierson.

Through Dec. 24, 2017, the contractor has experienced 183 days that work could not take place due to inclement weather. Despite these lost days, the project is 41 days ahead of the original contract completion date of May 5, 2018.

Gov. John Carney stated, “With efforts under way such as the Port of Wilmington expansion, it is critical that freight traffic can move easily through the region, and the new U.S. 301 will be a great asset as we look to grow businesses that are already here and attract new ones to invest and build in Delaware.”

“We are very happy with the work R.E. Pierson has done on this extremely important project for our state,” Secretary of Transportation Jennifer Cohan said. “Opening the new U.S. 301 by the end of 2018 is critical as toll revenues will pay the loans that have helped finance this project.”

Work is continuing to progress on the other six project sections:

Additionally, Greggo & Ferrara Inc. won the $7.9 million contract to construct the toll infrastructure for the roadway, which includes the gantry structures and equipment huts that will allow for automated tolling.

Ground was broken for the entire U.S. 301 project on Feb. 5, 2016. The project is partially funded by a $211 million U.S. Department of Transportation loan that will be paid back through toll collections on the highway. The total cost of the project, including land purchases and the maintenance of a reserve fund, is estimated at $636 million.