$75M I-40 Interchange Project Under Way 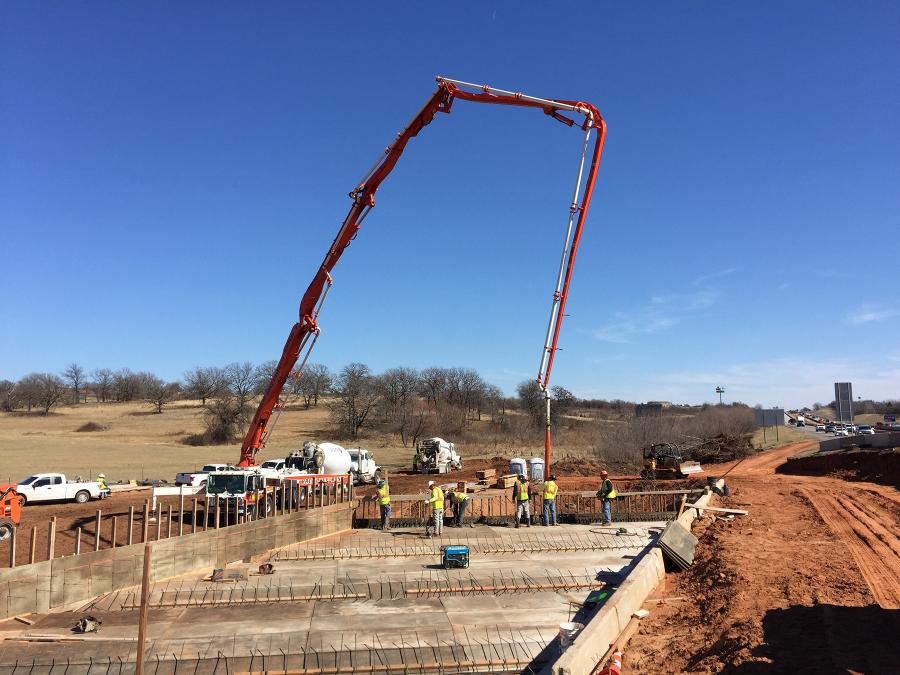 Phase I of a major reconstruction project focused on safety, increased capacity and modernization is under way at the intersection of I-40 and Choctaw Road east of Oklahoma City. The cost of the project is not to exceed $75 million. Oklahoma Department of Transportation is overseeing the project. 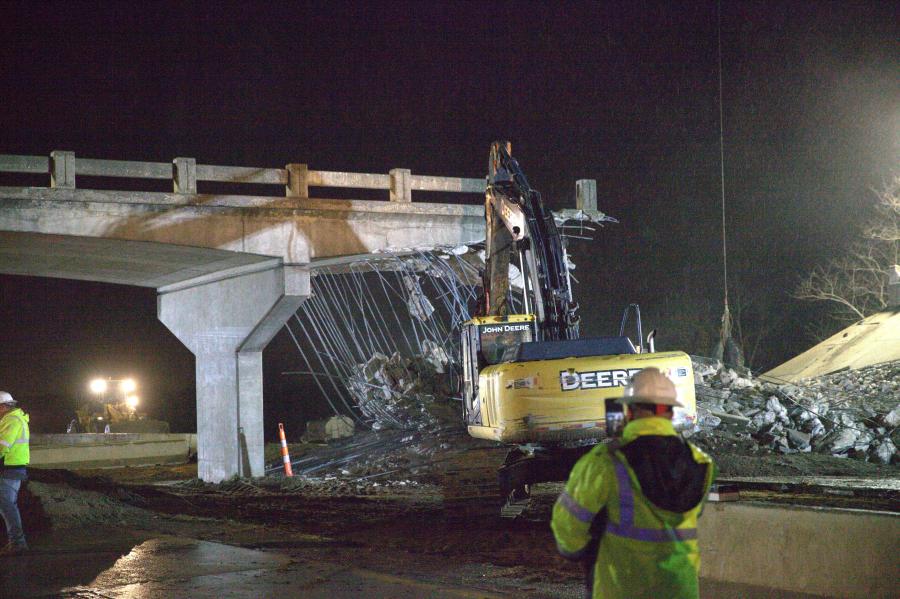 Bridge removal and widening of I-40 are part of the work that includes the reconstruction of the Choctaw Road interchange. Workers will widen I-40 to six lanes plus auxiliary lanes between I-240 and Peebly Road.

An auxiliary lane, the extra lane constructed between on and off ramps, allows drivers a safe way to merge into traffic while also preventing bottlenecks caused by drivers attempting to enter or exit the freeway.

The interchange will be replaced with a full-diamond design. I-40 will be expanded from two lanes to three in each direction for a distance of 4.5 mi.

As part of the project, the level of the I-40 overpass above Choctaw and Peebly Roads also will be raised from 14 ft. to 18 ft. to accommodate large trucks. The park and ride at Choctaw Road also will be relocated and a cable barrier will be installed as the highway divider.

Several road closures took place in February, so crews could demolish the Triple X Road bridge over I-40 to allow for new lanes. The bridge will then be rebuilt. Crews used two cranes with wrecking balls to knock down the old structure.

The project will be completed in two phases, including multiple sub-phases. A date for the second phase has not been set.

“It's very complex,” said Rick Howland, resident engineer. “But so far, so good.”

The project is on schedule and at budget and is set to be complete in early 2020. 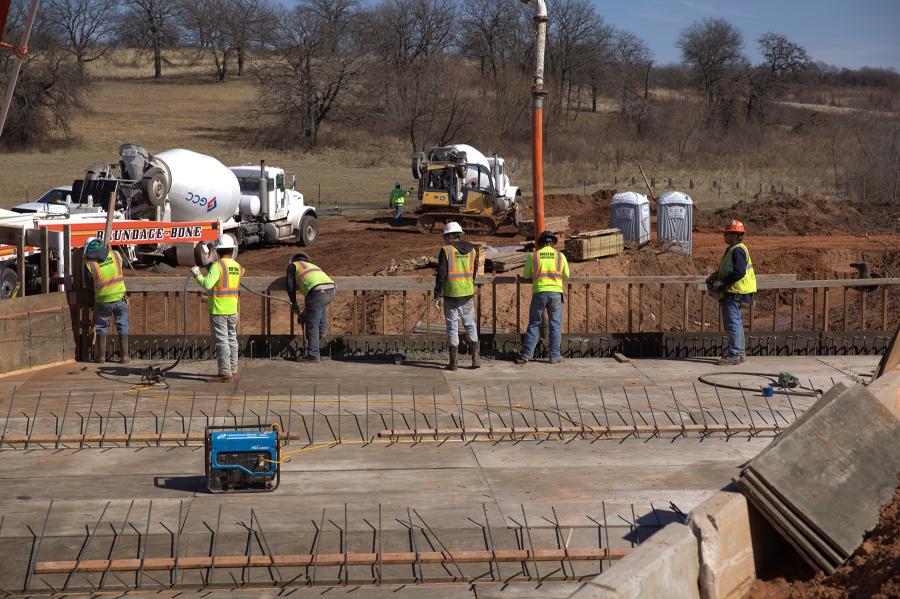 Duit Construction was the low-bidder for the project.

“We have worked with them many times,” Howland said. “We have a good working relationship.”

Duit's projects include road, bridge and underground construction for the federal government, cities, counties, airports and rail companies. In addition to construction, the company mines sand and gravel and crushes recycled concrete and asphalt to be used on construction projects.

About 20 subcontractors are working with Duit with between 30 and 50 workers are on the job daily. The number is expected to increase to 60 to 80 workers daily once bridge construction begins, Howland said.

He said a total of five new bridges will be built as part of the project.

Traffic was open to two lanes in each direction, but no access to shoulders. Traffic was switched fully to the westbound side so that work could begin on mainline eastbound lanes and the bridges. Even the I-40 bridges will be built one-half at a time under traffic, which is a big part of what makes this project so complex.

When the two phases are finished, motorists will find a wider, safer highway with three lanes of traffic in each direction plus auxiliary lanes for the full 4.5-mi. length of the roadway. 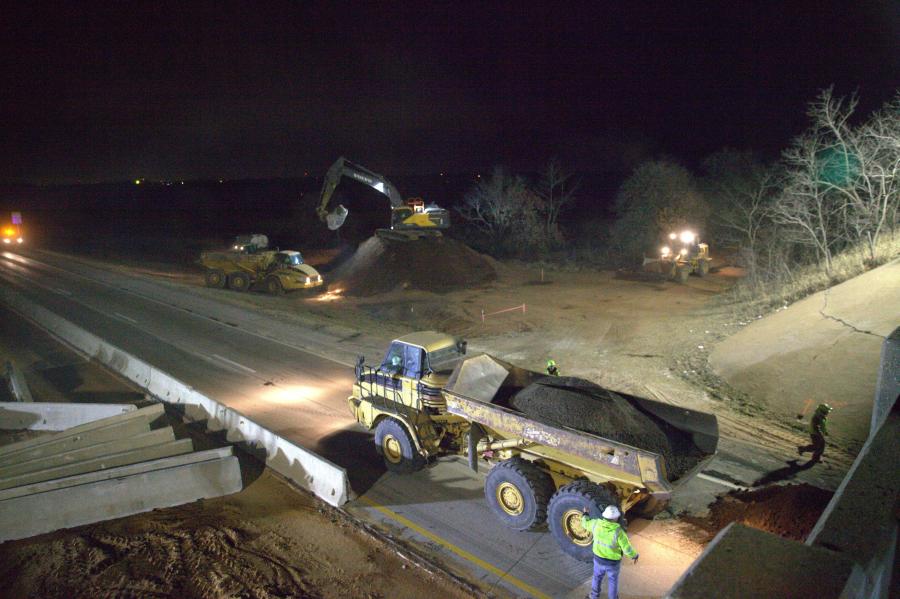 The project did not require dirt to be brought in or taken out. It was more a matter of moving dirt around at the project site, Howland said. About 160,000 cu. yds. of concrete will be poured over the course of the project. Workers will apply about 80,000 tons of asphalt.

“We needed vertical clearance for trucks,” Howland said. “Taller trucks are using I-40 or going under highway today and some are so tall they hit the bottom of the overpass. The new bridges will be wider and include current standards for vertical clearance.”

The highway also had capacity issues, he said. Built in the 1960s, the section of highway also had outdated ramps. So, architects designed new ramps that replace a partial clover leaf ramps with a full diamond interchange.

Diamond interchanges will be built both eastbound and westbound and feature eight new ramps.

Most of the work will be done during the day, Howland said.

The new I-40 and Choctaw Road construction is not expected pose significant problems for drivers in the area.

“We will keep two lanes open,” Howland said. “Also, Choctaw Road can still be accessed on each side of the interstate during the project.”