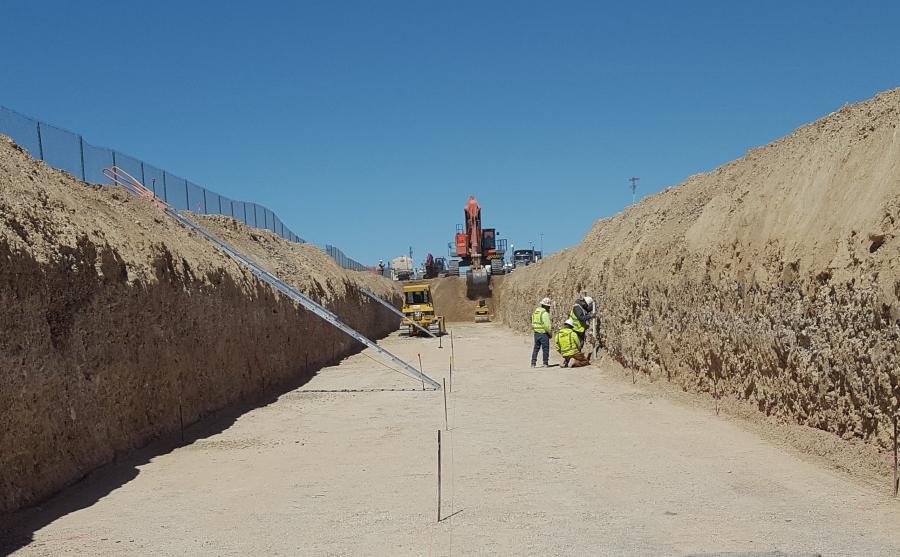 In February, officials broke ground on the $78 million project, which will improve reliability, connectivity and mobility. (Nevada Department of Transportation photo)

Construction crews in Nevada are making steady progress as they widen and upgrade a 6-mi.-long stretch of U.S. Highway 95 in Las Vegas. In February, officials broke ground on the $78 million project, which will improve reliability, connectivity and mobility.

"Northwest Las Vegas is one of the fastest-growing, rapidly-developing sections of southern Nevada, attracting new businesses, visitors and residents in record numbers," said Tony Illia, spokesman for the Nevada Department of Transportation (NDOT). "U.S. Highway 95 serves as the area's primary transportation corridor, linking together homes and schools, shopping centers and churches. This project will relieve congestion, improve efficiency and enhance safety, while providing capacity for future growth and economic development."

Funding availability, safety concerns, increased congestion and future planned development make now the right time to perform the work, which is taking place between Ann and Kyle Canyon roads. The city saw a 73 percent residential growth over the last decade, bringing its current population to about 465,000. According to the U.S. Census Bureau, the city's percentage increase was fifth highest in the nation among cities with more than 100,000 people. 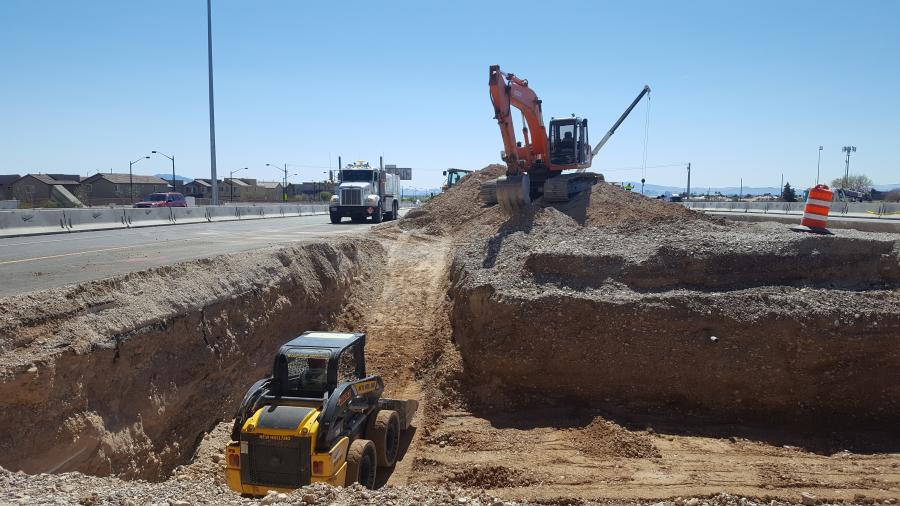 "State highways should reflect the land and people. Landscaping serves a functional role, too, beyond aesthetics. Decorative rock, for example, keeps fugitive dust from becoming airborne, which could compromise air quality and run afowl of federal standards. It additionally helps prevent soil erosion," he said. "We use native shrubs and trees such as cacti, yucca and other drought-tolerant indigenous plants found within Nevada's natural topography."

According to Jenica Keller, NDOT senior project manager, "Traffic through the area is expected to more than double over the next two decades. Freeway capacity, configurations and a lack of carpool lanes are currently causing travel delays at interchange on and off-ramps. We are improving capacity by adding another travel lane in each direction for reduced travel time. Meanwhile, the addition of a new Kyle Canyon Road interchange will greatly enhance efficiency and safety by eliminating dangerous left-handed turns across two lanes of high-speed traffic. 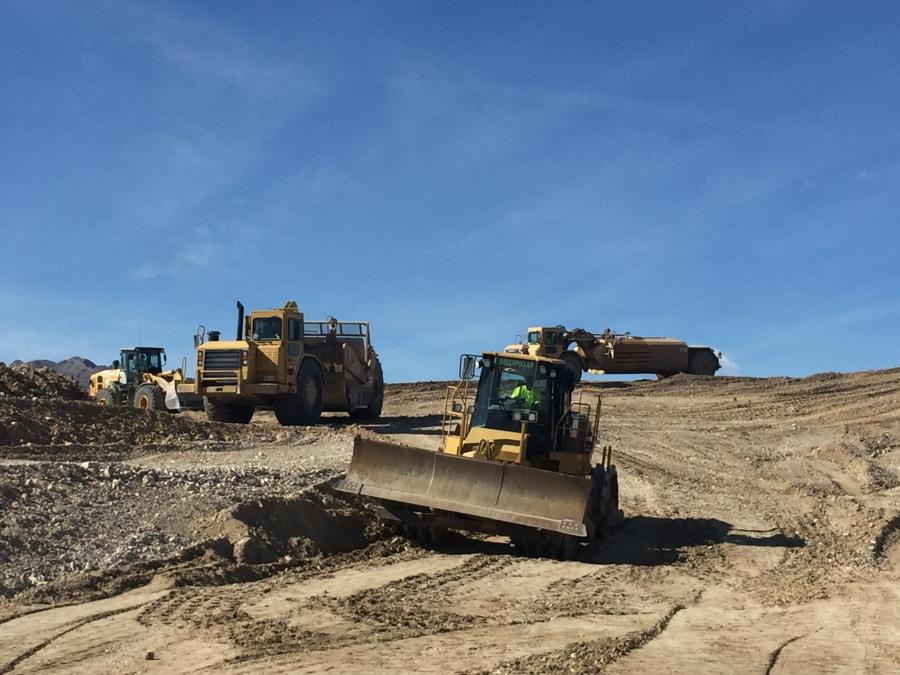 "This project is the result of intensive partnering efforts with the city of Las Vegas and Clark County Regional Flood Control District, whose involvement and contributions led to the addition of 11,200 feet of concrete box storm drainage and 400 feet of open channel between the ‘Centennial Bowl' interchange and Grand Teton Drive. The partnership also helped produce carpool drop ramps at Elkhorn Drive and a new Kyle Canyon Road interchange, whose architectural design element reflect the socio-cultural history of the nearby Spring Mountains National Recreation Area with ice age-era fossils, indigenous plant life and native animals. Native plants dislocated by construction are being saved and replanted upon completion."

Abid Sulahria, NDOT project engineer, also noted that the project has not experienced any significant setbacks, to date.

"It is on budget, with strong community support. Construction remains on track to finish by mid-2019."

"The challenges lie with having a crossover-type detour during construction, which keeps traffic near the work zone, as opposed to being re-routed far away. As such, constant worker awareness and safety diligence are required." 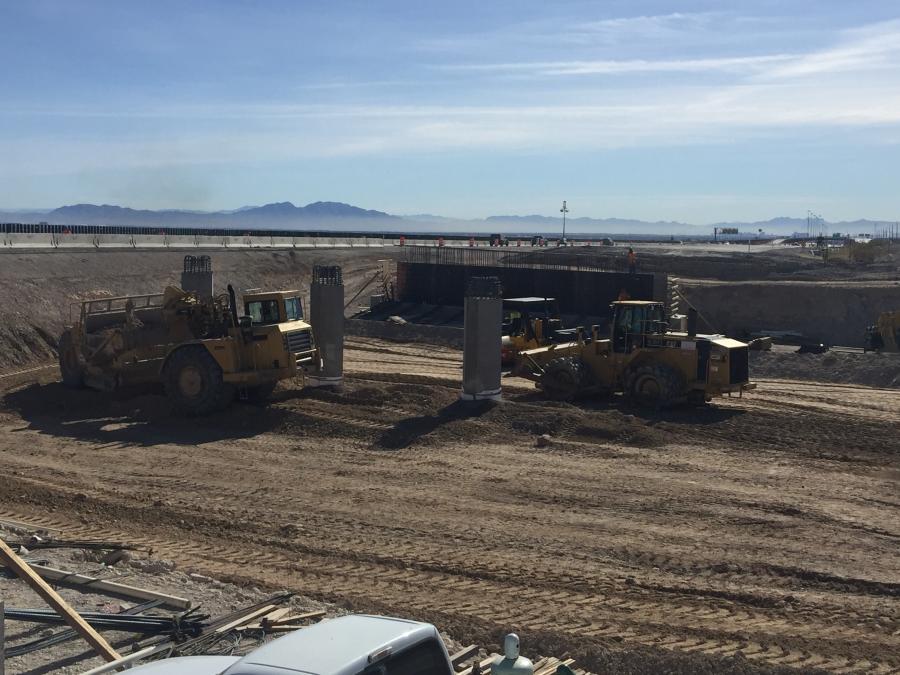 "We still need to complete the Elkhorn Road carpool drop ramp, including mechanically stabilized earth walls, plus we have to finish the northbound bridge at the Kyle Canyon Road interchange, along with landscaping."

The condition of the property before work began was natural with brush.

"We first had to install desert tortoise fencing prior to any work occurring, while having employees undertake desert tortoise training," said Keser. "The desert tortoise is a threatened species, protected under the U.S. Endangered Species Act and Nevada Administrative Code 503.080. We also salvaged hundreds of native cacti and yuccas that will be replanted once construction is complete." 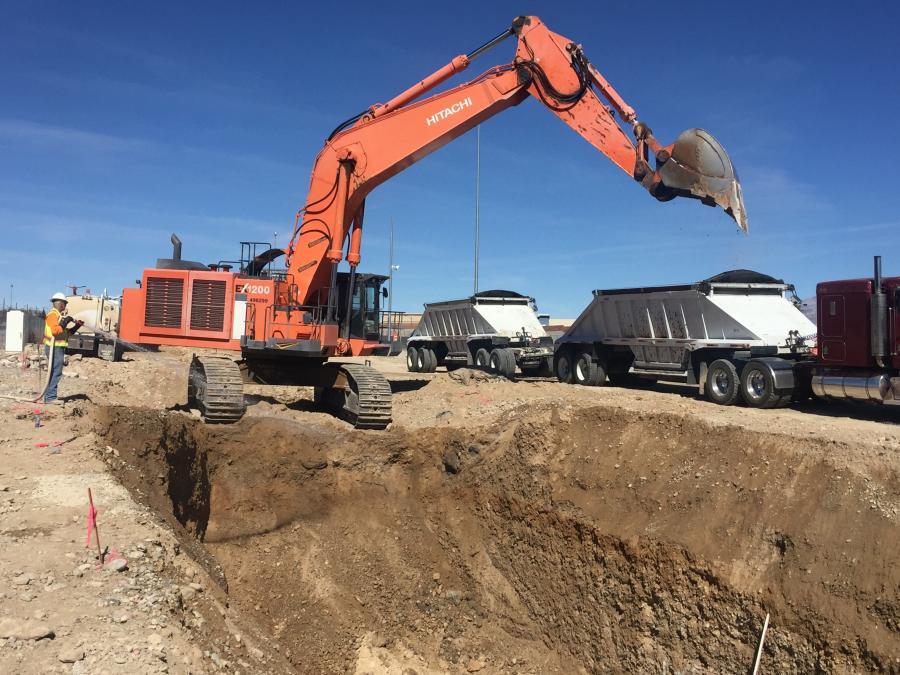 Keser said the elements have not been a factor, so far.

"Although there have been a few windy days, weather has not been much of an issue." 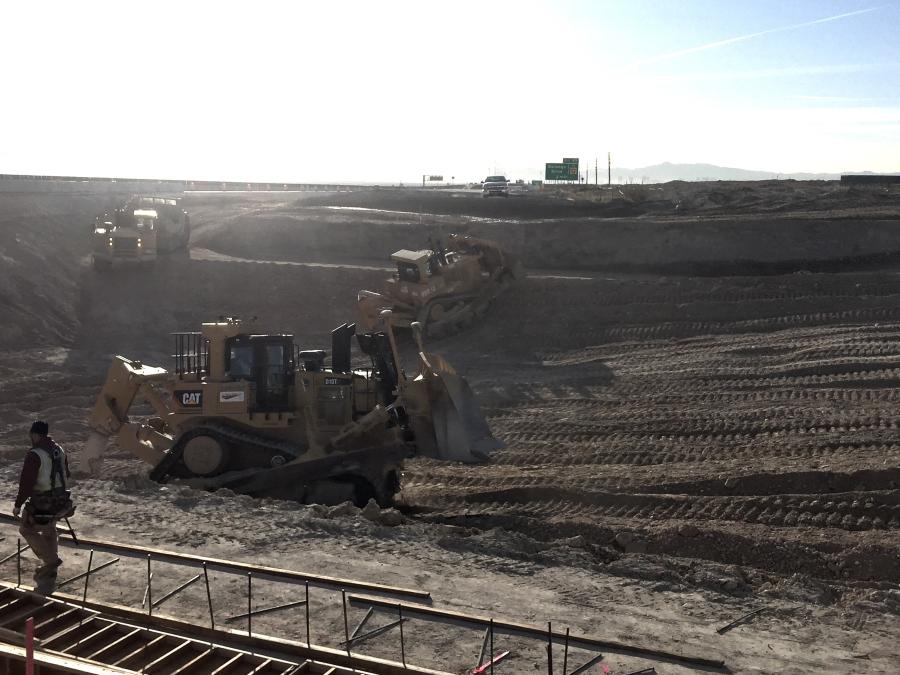 "The Intelligent Transportation Systems are being installed by a subcontractor. Their success, however, hinges around us first completing the site grading. Barrier rail placement, meanwhile, is done with a special barrier rail machine, with hand ties where necessary."

Workers also will place 11,200 ft. of concrete box storm drainage and 400 ft. of open channel in one section of the project.

"Storm drainage placement is demanding, due to the culvert box size and location alongside U.S. Highway 95," said Keser. "Construction entails deep trench excavations and working around existing utilities, while performing under tight project schedule deadlines. You name it, and we have it on this task."