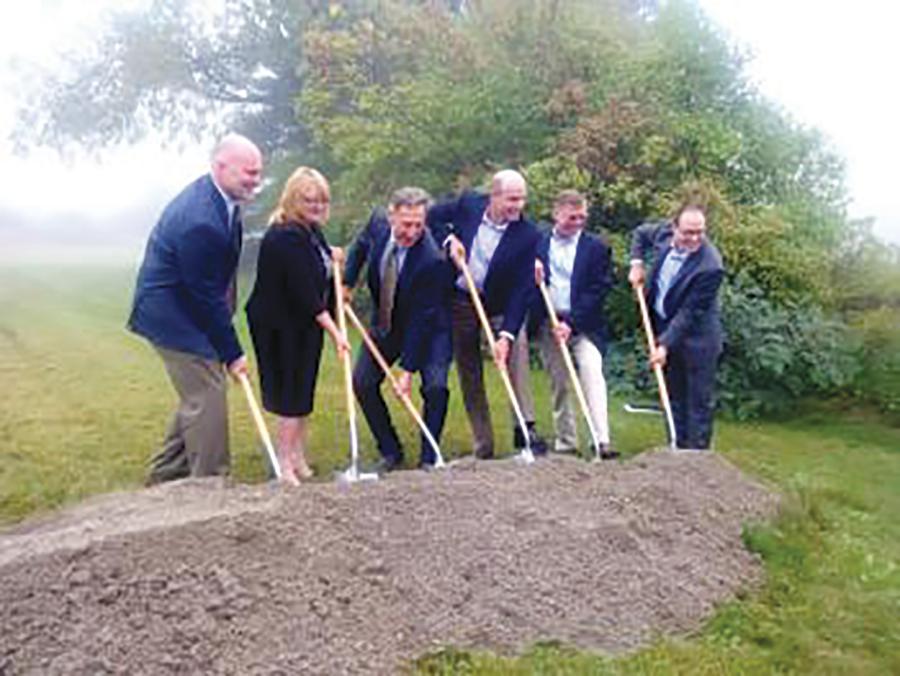 “Big Wind” has had a presence in Vermont since the 6 mW Searsburg Wind Farm was erected in 1997. Three additional wind farms have been constructed since, with a handful more in proposal stages.

In September, groundbreaking for the latest wind energy effort took place in the towns of Searsburg and Readsboro, Bennington County, Vermont. The new $80 million Deerfield Wind Farm project will be built on U.S. Forest Service land, near the existing Searsburg wind project. The project will include 15 wind turbines, eight in Searsburg and seven in Readsboro, which will produce enough energy to power about 14,000 average Vermont households. It is expected to deliver at least $400,000 per year in local economic benefits and an additional estimated $300,000 per year for the state of Vermont, which add up to more than $6 million over 20 years.

Deerfield Wind has worked for 12 years through the permitting processes at the federal and state level. The project has been reviewed by the Vermont Public Service Board (PSB), and the Vermont Agency of Natural Resources (ANR). As the project is located on Forest Service land, it has been subject to a multi-year review by the U.S. Forest Service, including an Environmental Impact Statement and Special Use Permits. Additional federal reviews and consultations have occurred with the U.S. Army Corps of Engineers and the U.S. Fish and Wildlife Service.

At the time of filing, Vermont Gov. Peter Shumlin said, “Going forward, we know we need all renewable energy sources on the table, including wind, if we are going to meet our state energy goals and have a livable planet for our kids and grandkids. While most of Vermont's wind projects have been located in the Northeast Kingdom, I am encouraged that through the Deerfield project southern Vermont will be contributing to our fight against climate change.”

“Providing stable, affordable and highly reliable power in our power portfolio is a top priority for Green Mountain Power and this purchase agreement will ensure we can achieve these important goals for years to come,” said Charlotte Ancel, Green Mountain Power's general counsel and vice president of Power Resources.

The Deerfield Wind Farm is set to be fully operational in 2018.

“Like many parts of Vermont, we have a small tax base, and not much ability to attract investments of this size, so the local financial windfall would generate benefits for years to come, benefitting all the taxpayers here in Readsboro,” said Readsboro Selectman Teddy Hopkins.

Not everyone is on board though. Many local residents turned out for the ground-breaking ceremony on September 19th to show their opposition. Among them was State Rep. Marianna Gamache, who sits on House Committee on Natural Resources and Energy. She, along with other Vermonters against the project, was not allowed at the press conference.

Shumlin addressed the protest with this statement: “Whenever you have change you have some protests, but my protest is this — climate change is destroying the planet. We have made a terrible mess for our kids and grandkids. We have got to build out renewables in a thoughtful way.”