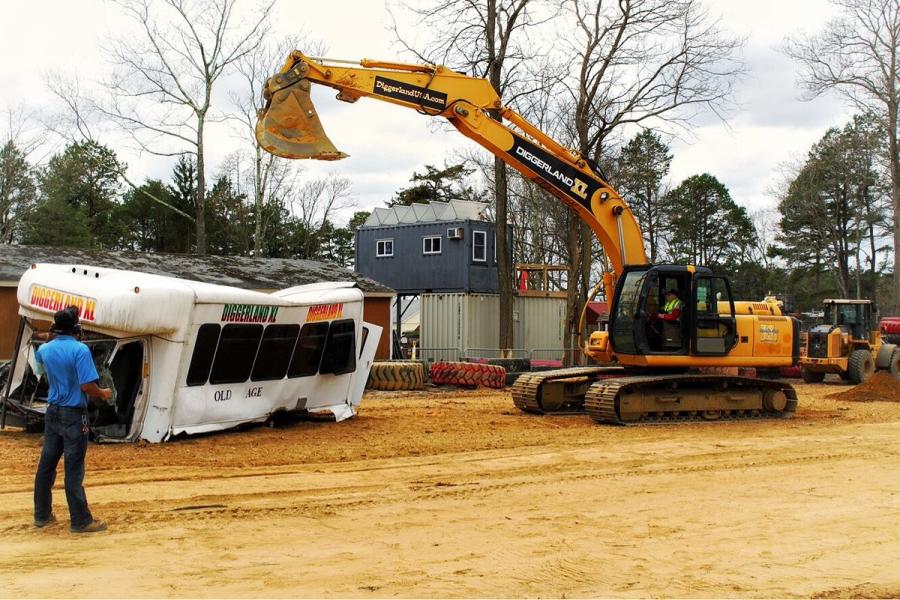 The construction industry's newest recruit fulfilled his dream of running heavy equipment for his 98th birthday.

New Jersey resident and World War II veteran Bill Gunn donned a construction hat and vest at Diggerland in West Berlin, N.J., on April 19, as he and his friend, 92-year-old Bill Bueheller, got to work, CBS Philly reported.

“He's one of the only men [at Wesley Enhanced Living, the senior residence where both live] who has had any construction experience, so when they told me I needed to pick up a buddy, I said, 'Hey, how about Bill,” Grun said.

“We want them to imagine the possibilities in all the things they could achieve,” said Lisa Haino of Wesley. “Just because you are 98 doesn't mean you have to stop living.”

Grun did just that by crushing a senior transport van with Diggerland's XL excavator.

“We've all grown up around machinery, by driving by on highways and we've always said, 'I wish I could try that for one minute of my life' and I think we've fulfilled that,” said Illya Girlya of Diggerland.

Grun doesn't plan on stopping anytime soon, and said, “[I'm] constantly learning, in fact, I'd like to take a course in calculus in college care to review what I had forgotten … And the list goes on and never stops.”