A History of Chicago Pneumatic During WWII 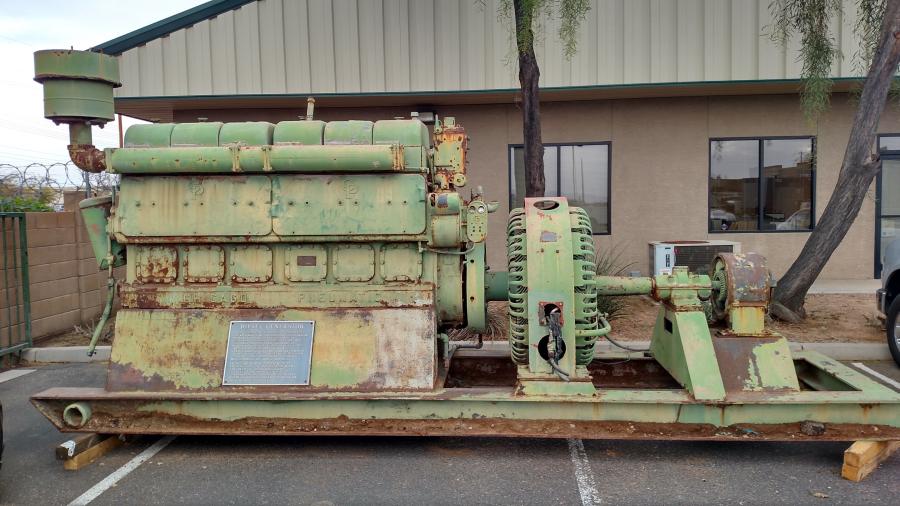 World War II was one of the most significant events in the history of the world. While war is always tragic, the global situation sparked a new mindset of resourcefulness and innovation back home across a number of industries to help support the war effort. Chicago Pneumatic (CP), a 115 year-old company, was already an established tool manufacturer at the time, and when the country called for help, CP answered.

Specifically, early on CP assisted in the war effort by developing the “hot dimpling machine” in response to airplane and military vehicle production demands. The machine was a device that heated up rivets to 1000 degrees Fahrenheit and was used for dimpling, riveting, and brake riverting operations.

Later, in 1943, CP provided generators to the U.S. Navy's Advance Base Sectional Docks (ABSD). The ABSD were more commonly referred to as floating dry docks. These floating dry docks were used to tow bases and follow fleets to help tend to crippled boats throughout the South Pacific. They became increasingly more important in the success of Navy affairs.

The capabilities of the units improved tremendously within a year. The total capacity of a Navy floating dry dock grew immensely from 108,000 tons in 1942 to 723,000 tons by the end of 1943. It was here on these dry docks that the Chicago Pneumatic generators essentially provided all the power necessary to keep the dry docks running.

It was also during WWII when Rosie the Riveter became a cultural icon of the U.S., representing the American women who worked in factories and shipyards. The campaign inspired a social movement that increased the number of working American women from 12 million to 20 million by 1944 — a 57 percent increase from 1940. On Memorial Day, 1943, The Saturday Evening Post featured a cover illustration of Rosie the Riveter. The image was of a woman taking her lunch break with a CP rivet buster on her lap. It was one of Norman Rockwell's most recognizable works.

More recently, a piece of Chicago Pneumatic history ended up in the hands of Chris Lyons, a compressor salesman at Gen-Tech in Glendale, Arizona. Lyons found himself in possession of a 1943 Chicago Pneumatic diesel generator that was actually used on floating dry docks in WWII.

“It ended up in our lot, so I got involved and I was really intrigued by the generator's history,” says Lyons, whose company is in the power generation business. “It is really cool to have something that was instrumental in the war and has a ton of history behind it.”

CP generators were a critical part of the war effort both at home and at sea. While floating dry docks are an impressive part of history, the generators themselves are just as intriguing. The diesel generators were originally capable of producing 150 kilowatts of power to the floating dry docks, but through the technological advances of the time, increased to 600 kilowatts. While researching, Lyons also found pictures of equipment warehouses that were powered by these popular generators.

Lyons uncovered more information about his historical generator, and learned that after the war ended, a man named John F. Nutt purchased the generator when it was sold as surplus. Nutt then utilized the generator on his 2,500-acre citrus farm in Mesa, Arizona. After his death, his widow, Eileen presented it to a local museum where it stayed on display for a time before eventually ending up in Lyon's hands. “It's a storyteller in it's own, that's what's amazing about it,” says Lyons.

CP has an extensive history and this generator shows just how reliable their products are. From the war to warehouses to the farm, this generator has powered through a lot.

It can now rest easy.