A Look Back in Time at Old Vegas Neighborhoods

Older than 50 years, the homes conjure an era when families gathered in the street to watch mushroom clouds rise from the desert. 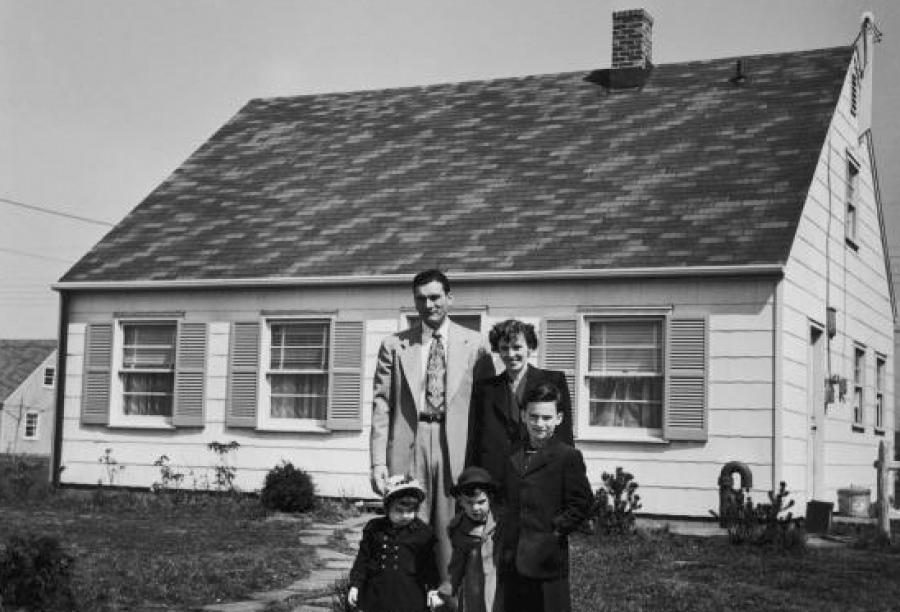 Never stray from a major thoroughfare, and you'll miss it.

These neighborhoods east of Las Vegas Boulevard buck the city's love affair with newness, reported the Las Vegas Sun. Older than 50 years, the homes conjure an era when families gathered in the street to watch mushroom clouds rise from the desert. Casinos were sprouting, and the growing postwar community needed places to live out the American dream. While much of the original Strip has been razed, these vessels of wood, plaster and classic design remain.

“We will never have a building from the 1800s, but the only reason cities like Los Angeles and Boston and Chicago look the way they do is because at some point, someone said, 'Hey, that building is now 50 years old,' said Heidi Swank, founding director of the Nevada Preservation Foundation.

Swank said that before the foundation's launch nearly three years ago, Las Vegas — the fastest-growing metropolitan area in the 1990s — was one of only a few U.S. cities without a nonprofit group dedicated to preservation efforts. That might make sense to those who think the city is just implosions on the Strip and explosions of stucco suburbia. But with two full-time employees, 240 members and a bevy of volunteers, the foundation is educating away that myth.

“It's not all about cool buildings,' Swank said. “It's about buildings that embody our history.'

Recent preservation efforts in southern Nevada have focused on neighborhoods built during or right after World War II, as they harbor midcentury modern architecture or earlier styles and echo a pivotal era in Las Vegas.

Not every house is immaculately kept or a mirror of the past. Many are, but they might share the sidewalk with one sporting a Japanese theme complete with a lawn pagoda. Still, nostalgia persists.

“We can look at this neighborhood and say, 'There were people who lived here in the 1950s. People of our past,'” Swank said.

Residents in a slice of '60s-era Paradise Palms (the region's first master-planned community and home to many famous Las Vegans back then) are seeking designation as Clark County's first historic neighborhood. Nearby, residents in an area known as Beverly Green are trying for the Las Vegas Historic Property Register.

The Las Vegas Planning Commission recently approved a request from the Beverly Green Neighborhood Association to become a historic district. The final step would be approval from the City Council at a meeting Sept. 21.

If it clears that hurdle, Beverly Green will become the second neighborhood to earn the designation since John S. Park did in 2003. Beverly Green sits mere blocks from the Stratosphere. Drive through and you'll find ranch homes with striking rooflines — pitched, sloping, asymmetrical — and wider footprints, front porches and decorative concrete blocks, all textbook midcentury.

All but two houses in the area were built between 1951 and 1964, and many retain the look of that era. Adding to the appeal, residents say, is the fact that most of the homes were custom.

“The real hallmark of vintage Vegas is that even if [properties] were built as tract houses, 60 years later, they don't look like the house next door,' said Jack LeVine, a member of the Historic Preservation Commission and a real estate agent specializing in the charming residential side of old Las Vegas.

Swank lives in a Beverly Green home designed by Hugh Taylor, the architect behind the now-demolished Desert Inn.

“I often say I live in Mayberry, because it's the kind of place where you know everyone on the block,' she said.

That atmosphere can ripple. From May through July, one robbery, one burglary and several disturbance-related issues were reported to Metro Police in Beverly Green, according to the department's Crime Mapping tool. Most incidents occurred along the perimeter, and far more reports dot the map directly to the east and south, closer to the tourist-heavy corridor.

Whether home buyers are swayed by aesthetics or the insulation of a tight-knit community, the appeal of these older neighborhoods isn't necessarily widespread. Or maybe it's not about consumer taste as much as awareness.

“People like shiny and new,' Beaudry said. “It's a very particular subset of buyers who will buy into those neighborhoods.'

Swank thinks opposition stems from misconceptions. The designation does not establish any sort of artificial homeowners association, she said, meaning there are no added fees or burdens placed on residents. They can still renovate their bathrooms and paint the exterior whatever color they choose.

The goal is to preserve the original integrity of the structure. Historic district design guidelines address exterior features only, such as the type of roof, window or door associated with the architectural style. Guidelines of the city ordinance don't prohibit the development of access points to buildings required by the Americans with Disabilities Act.

It's “about maintaining what was already there,' Swank said.

And the foundation isn't stopping after Beverly Green. If residents show interest in adjacent neighborhoods, such as Huntridge, Mayfair and Biltmore, foundation members plan to help them gather support, navigate the governmental process and go historic.

Preservation aside, LeVine said the distinction benefited homeowners because it would result in better-maintained homes, stabilize property values during downturns and foster a greater sense of community.

“It's really what we want for Las Vegas,' he said.

In a city that has long looked forward, buoyed by explosive growth, are these neighborhood efforts ushering in a new era of nostalgia? Maybe. As Swank pointed out, “We really only blow up stuff on the Strip.'

Any conversation about preservation is a step in the right direction for younger cities like Las Vegas, said Christina Morris, the Los Angeles field director for the nonprofit National Trust for Historic Preservation.

Just as libraries and walkable markets improve residents' lives, so does meaningful architecture, she said. Buildings, structures and neighborhoods can evoke emotional responses, usually due to the history they embody. So preservation goes hand in hand with quality of life.

Morris said planners in cities big and small should consider this question: “What kind of place are you trying to build and maintain, not just for this decade, but for the next 50 years?'

It's a question Swank already is pondering. Las Vegas' outsize growth in the '90s and early 2000s resulted in rows and rows of homes sandwiched together on suburban streets, like one big mass of stucco and tile. Critics may deride these buildings as the byproduct of unbridled expansion, but nonetheless, the homes represent a piece of southern Nevada's story.

The trick will be deciding which neighborhoods and individual homes deserve historic designation. It wouldn't be possible — or logical — to include everything.

“Once those houses get old enough, I think there are going to be some very interesting conversations in preservation,' Swank said. “I don't have an answer yet.'

Maybe in three or four decades.