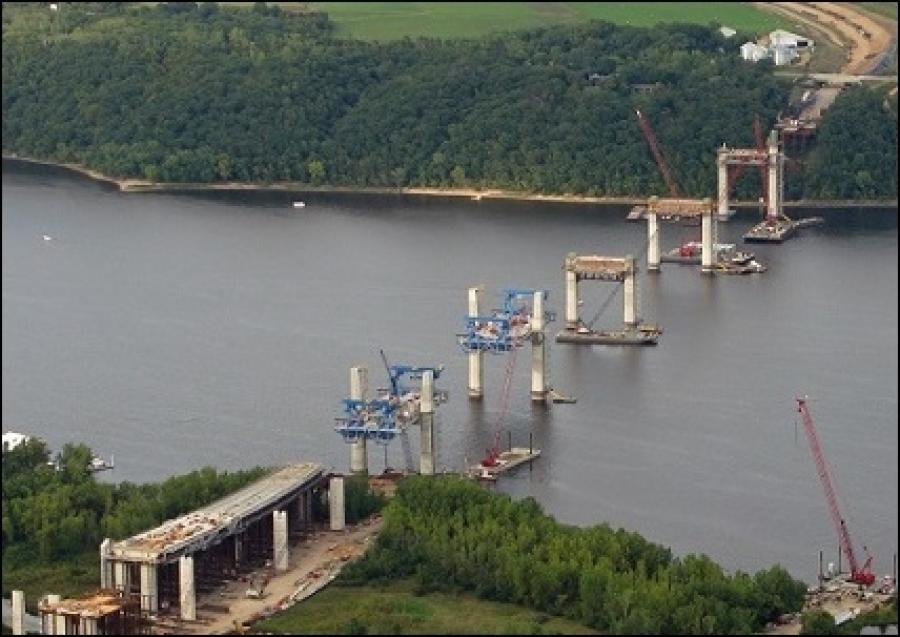 AASHTO has long urged lawmakers to lock in sustainable revenues to support highway, transit and freight project funding out of the Highway Trust Fund.

Getting Congress and the Trump administration to put in place a sustainable and long-term funding stream for transportation investment tops the list of policy priorities the American Association of State Highway and Transportation Officials has set in its 2017 legislative action agenda.

AASHTO, which represents 52 departments of transportation for states, the District of Columbia and Puerto Rico, prepared a 13-point policy action agenda ahead of its Feb. 28-March 3 Washington legislative briefing, which will bring state DOT executives to meet with federal officials who will shape national transportation policy.

Joung Lee, the association's policy director, said: “AASHTO has been engaging in a robust dialogue with both the new presidential administration and the 115th Congress. What we are seeing is a high demand by policymakers for technical assistance on important policy issues — including funding and financing, program structure and project delivery, among many others — to aid in the design of a potentially very significant infrastructure package.”

The association has long urged lawmakers to lock in sustainable revenues to support highway, transit and freight project funding out of the Highway Trust Fund. Without doing so, Congress instead authorized a number of short-term program extensions at frozen funding levels until it passed the Fixing America's Surface Transportation Act in December 2015.

But while that five-year law provided a period of certainty about authorized funding levels that allowed states to make long-term project plans with more security, the FAST Act did not provide substantial enough funding increases to significantly improve mobility and reduce congestion around the country. And it used general funds, mainly from a Federal Reserve account, to cover the projected trust fund shortfalls for five years.

In addition, in the first budget year after the FAST Act's enactment, Congress starting last October has twice frozen transportation program funding at prior-year levels so that states have not been able to use the scheduled fiscal 2017 increases it authorized and paid for.

This year marks a rare opportunity, however, since the new Trump administration has championed the idea of investing much more in transportation improvements, and since Congress appears on course to consider a broad tax overhaul that could generate new receipts for project investments.

AASHTO along with a large coalition of other industry groups recently called on President Trump to use this investment opportunity to also lock in a sustainable revenue stream for the Highway Trust Fund that would keep it financially strong well after the FAST Act levels run out in 2020.

AASHTO leadership said only with such long-term funding can states and their local partners be assured their federal partner's funds will actually be available when long-developing projects are ready to bid out for contracts. Otherwise, a future new round of short-term program funding measures could once again slow transportation investments around the country, as happened prior to the FAST Act.

AASHTO in its policy agenda also calls for strengthening the federal-state partnership under which most transportation investments are made, by providing states more flexibility to assume federal environmental review authority to speed up projects, by streamlining federal permit approvals and by reducing regulatory complexity that can burden state and local agencies as they try to develop infrastructure projects.

Among its priorities for 2017 is seeing Congress reauthorize Federal Aviation Administration programs that would otherwise lapse this year. Some state DOTs have direct responsibility for supporting their airports, and all DOTs help build or maintain roads to and from the air facilities.

The policy agenda calls for a balance of multimodal facilities in urban and rural areas that support active transportation options, mass transit and freight movement as well as roadway traffic. It said states and private-sector partners need both the funding and policy tools to meet their freight traffic needs, anticipate developing trade patterns and can support projected growth in volume.

Some in the Trump administration and Congress have said the federal government can spur much more private investment in transportation projects. AASHTO noted that in 2014, in cooperation with the USDOT, it established the BATIC Institute: An AASHTO Center for Excellence. That center promotes a range of project finance techniques including greater application of private capital.

In addition, AASHTO has provided technical assistance on the use of tax-incentivized infrastructure bonds to help draw more private investment to debt issuance of projects that the sponsors would repay over time.