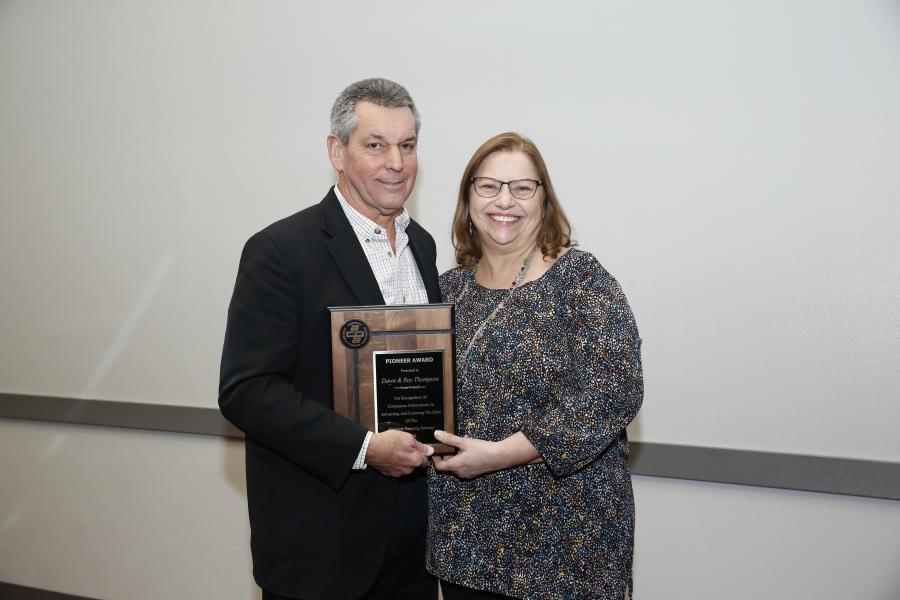 The American Concrete Pumping Association (ACPA) announced the recipients of the 2019 ACPA Awards:

In 1986, Roy and Dawn Thompson co-founded Hauser, Idaho's Champion Concrete Pumping Inc. Through the years, Champion has pushed to develop the concrete pumping industry in their area and was the first to utilize separate placing booms and bring in big booms to the greater Coeur d'Alene/Spokane area. Through hard work and determination, Champion Concrete Pumping has grown steadily, surviving economic ups and downs.

"We didn't come this far on our own, and we are receiving this award for everyone that has been a part, including but definitely not limited to, Champion co-founders Dave and Janelle Bertsch, my parents, Billie and Lee Roy Thompson; and our committed and hardworking coworkers and customers," said Thompson.

Pioneer Awards are awarded at the discretion of the ACPA Awards Committee to members who have:

Walker has served on the ACPA Board of Directors for the past 19 years and served on the ACPA Executive Board as vice-president and president. He is currently the Southwest's Regional Director and is a member of various committees including Communication, Promotion, Events as well as chair of the Education and Legislation Committee. Walker's activism has been an invaluable resource for the association and industry.

Safe Operators of the Year: Gustavo Cruz and Kenny Allen

Gustavo Cruz and Kenny Allen are co-recipients of ACPA's 2019 Safe Operator of the Year award.

"The American Concrete Pumping Association exists to promote a culture of safety at every level in the concrete pumping industry," said Christi Collins, ACPA executive director. "By recognizing operators who exhibit exemplary safety practices, we fulfill this critical element of our mission. This year, we're proud to honor two recipients with our highest safety honor: Gustavo Cruz and Kenny Allen."

Cruz began working for McClure Concrete Inc., Aurora, Colo., in 2012 and has made a substantial impact in the time he has been there. With ACPA and NCCCO Certifications and OSHA 10-hour safety training under his belt, Cruz is an efficient, knowledgeable pump operator who makes safety his top priority on the job site. Whether setting up traffic control or instructing newer members of the crew on how to avoid job site hazards, it's clear Gustavo makes safety – for his fellow workers, for the public and for himself – his No. 1 priority.

Allen has worked for Central Concrete Pumping in Fort Worth, Texas, for 20 years. At age 16, he started working in Central Concrete Pumping's shop and running a line pump. He quickly moved up the ranks through all the line pumps and then all of the boom sizes. In addition to his role as an operator, Allen has taken on the position of safety director, ensuring all employees are trained properly and up to date on the latest safety standards.

ACPA member companies submitted nominees for Safe Operator of the Year, and as a condition of award consideration, all nominees held valid ACPA operator certifications. Every nomination included at least one recommendation from a supervisor, coworker or customer. An independent safety consultant selected the winner according to the criteria of safety record, workforce development and a spirit of furthering the concrete pumping industry.

ACPA Awards promote merit and achievement in the concrete pumping industry and recognize individuals who have made exemplary contributions to ACPA. Award winners embody the core values of advancing the concrete pumping industry and commitment to ACPA. ACPA presented all awards in February at the ACPA Annual Meeting and Awards Presentation in Las Vegas.

For more information about the ACPA, visit www.concretepumpers.com.