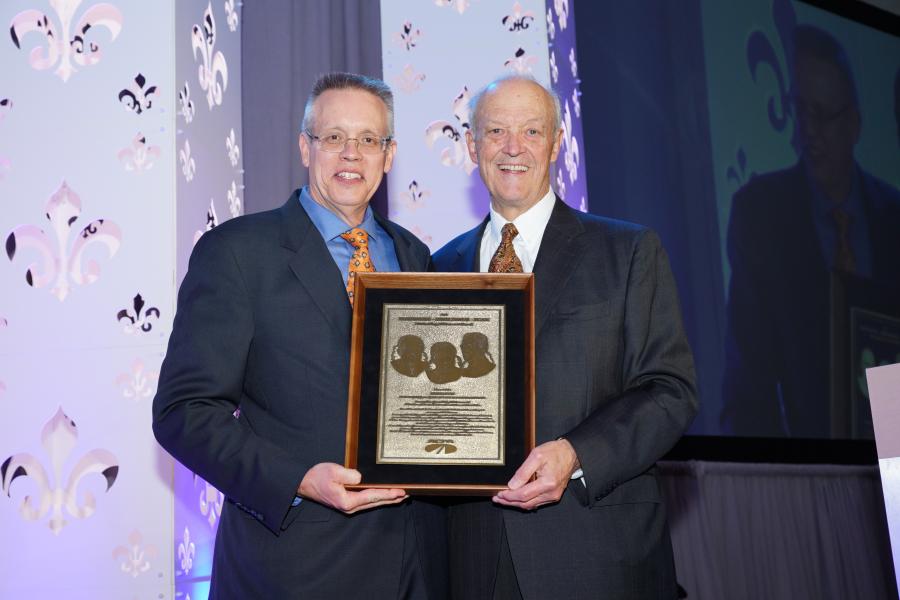 The award recognized Deem for his distinguished career and dedicated service to the American Concrete Pavement Association. Among his many contributions to the Association were his leadership in collaborating with ACPA contractors to build the Association and expand both its scope and its effectiveness in the marketplace.

"In a range of leadership positions, including service as ACPA's 2006 Chairman of the Board, his contributions went above and beyond the call of duty, even after his retirement from Holcim," said Gerald F. Voigt, ACPA president and CEO. "During and after his distinguished career, Peter's passionate leadership of the government affairs initiatives for more than a decade stands alone as a testament to his dedication.

"Along with his adroit leadership and guidance, Peter also brought an unwavering smile and created an atmosphere where hard work, fun, passion and positive direction were the ingredients of many great successes," Voigt added. "He led ACPA with class and vision, as a cement member representative, committee chairman, board leader, volunteer staff member and friend to all."

The Hartmann-Hirschman-Egan award is one of the most coveted awards presented by the American Concrete Pavement Association. The award recognizes individuals and companies, as well as other organizations, for unparalleled commitment, dedication, participation and leadership in the concrete pavement community.

These individuals demonstrated leadership and tireless dedication to the concrete pavement industry, which helped shape the ACPA and the industry it serves. The award is presented to individuals or groups that demonstrate the same level of dedication as Hartmann, Hirschman and Egan.