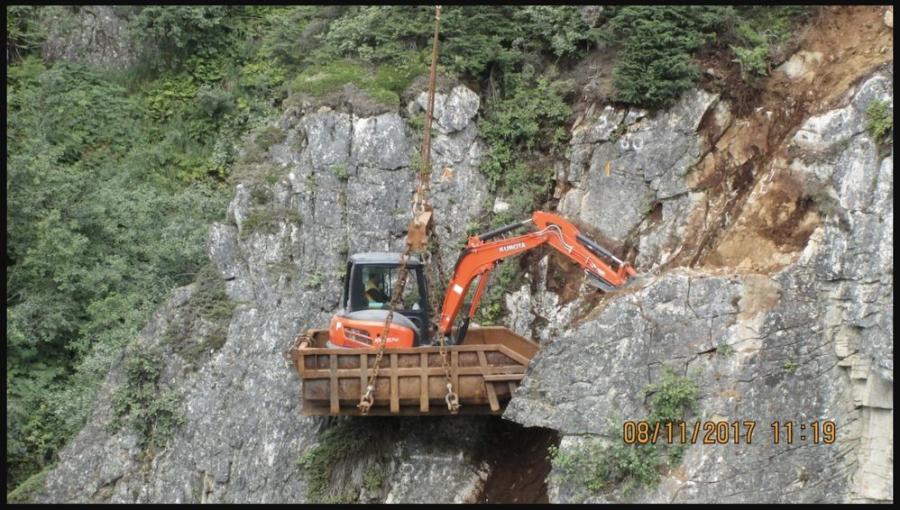 Alaska Department of Transportation and Public Facilities (ADOT&PF) expects to complete a $19 million project to replace the Captain William Henry Moore Bridge on the Klondike Highway near Skagway, Alaska, this fall. Construction began in April 2017, came to a halt in October and resumed in May 2018 due to seasonal weather restrictions.

“This improvement is needed to support international trade, including the transportation of ore concentrates from Canada to the port facility in Skagway,” said ADOT&PF spokesperson Aurah Landau. “The Klondike Highway is an industrial use highway used by mining trucks to access the Yukon Territory and the Alaska Industrial Development and Export Authority ore terminal. In order to safely support the ore trucks from Canada, the trucks are restricted to cross only one vehicle at a time, along the center line of the bridge, traveling at five miles per hour.”

The 110-ft. bridge's foundations are weakening, following years of heavy-load traffic. Crews are replacing the bridge on the Klondike Highway between Skagway and the United States/Canadian border. The project includes paving, widening roadway approaches and work on a drainage structure.

ADOT&PF teamed with Hamilton Construction LLC to complete the project. Once opened, the structure will carry traffic over William Moore Creek and replace the aging bridge. Rock excavation will allow the state to straighten the roadway and build a new wayside parking lot south of the bridge.

The new bridge will safely pass the fully loaded ore trucks at normal speeds. The driving surface also includes shoulders for use by bicyclists and pedestrians, an important tourism use of the highway. 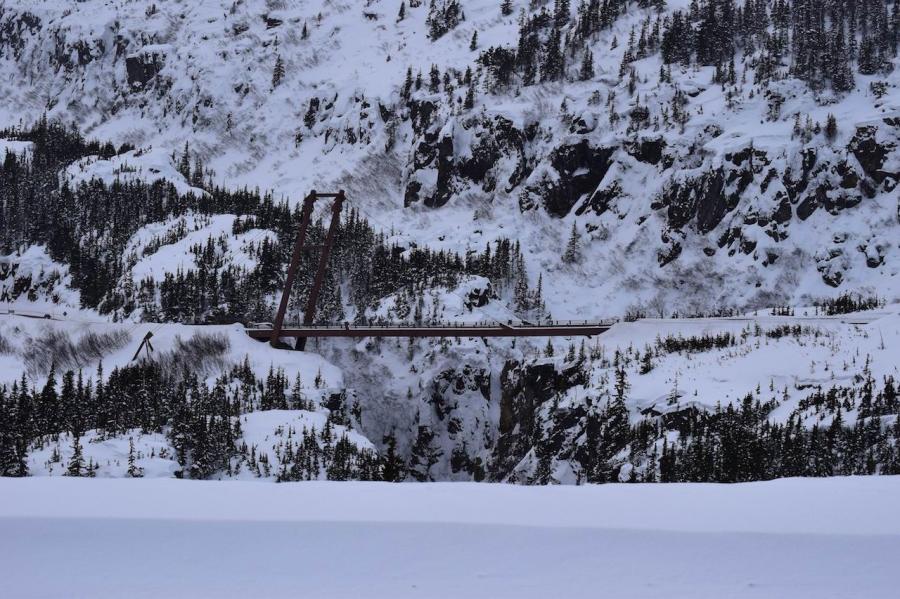 “This was a challenging site to design for, and geology has partially driven it,” said Landau. “The crossing spans the 200-foot wide, 180-foot deep Captain William Henry Moore Creek Gorge. The rock on the north side of the canyon is raveling. New bridge alternatives developed for this project were based on the assumption that at least the first 30 feet of rock for the abutments must be spanned.”

The new crossing will be a roller compacted concrete (RCC) embankment with a 75-ft. opening at the base for the creek. ADOT&PF selected the design approach based on a number of criteria, including challenging geotechnical conditions of the rock on the north side of the crossing, as well as the life cycle cost structure.

“While RCC is commonly used in the Lower-48 for constructing dams, it has rarely been used in Alaska. This is a unique and creative use as a bridge structure in Alaska. The design was done by some of the leading RCC engineers in the United States,” said Landau.

According to James Colles, Hamilton Construction engineer, the project is extremely challenging due to the location.

“The new bridge is constructed with RCC in lifts from the top of the structural steel plate pipe to the finished grade. RCC requires the use of heavy equipment to place, grade and compact. The canyon, at its narrowest point during RCC placement, is approximately 120 feet across and the RCC embankment will be 40 feet wide,” he said.

The crew has approximately 4,800 sq. ft. to fit a dozer, roller and laborers. There also are walk behind compactors, consolidation equipment and hoses being fed grout from a grout paddle mixer. A crane uses buckets to deliver RCC from the mixing plant and down into the canyon where the crews spread and compact the delivered RCC.

Prior to construction, the project site was mountainous with sheer cliffs next to the roadway. Blasting was performed to create access roads to a lot of the site boundaries, and access roads were continually constructed to perform all of the blasting necessary to remove 120,000 cu. yds. of material.

Excavators have been used extensively for removal of blasted material and placement of material in the wayside embankment, as well as for clearing, grubbing and assembly and placement of the structural steel plate pipe.

Articulating rock trucks transport blasted shot rock material; stockpile material to be processed into usable RCC material; haul waste material; and deliver loads of batched RCC onto the embankment, which is required to be compacted to 98 percent of optimum compaction density. 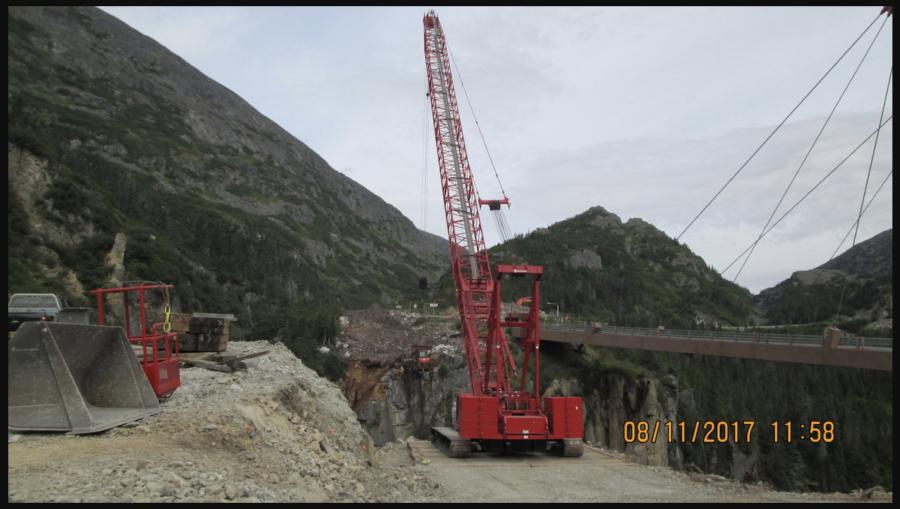 A Manitowoc 2250 crane has been used for rock scaling; rock bolting; foundation bolting; form work; concrete placement; placing the pipe into the canyon; and the initial placement of RCC, due to the lack of access for other concrete conveying equipment. It also assists in the setup of the vertical formwork for the outer limits of the RCC embankment structure.

The State of Alaska is keeping the old cable stayed bridge in place and building a wayside parking lot next to the old bridge. Access roads were built throughout the blasting process to allow the ECM 590 drills to reach all the blasting locations, so they could begin drilling. Drill hole locations were laid out by a surveyor. All shot plans were submitted to the state with drill logs, timing plans and estimated loading information prior to the shot being authorized.

Landau added that although there will be no future access across the old bridge, it won't be torn down once the new structure is in place.

“The existing bridge has unique historical significance, so DOT&PF has chosen to turn it into a wayside attraction. It's historic and beautiful, and is the only cantilevered cable-stayed bridge in Alaska, and possibly in the Northwest.”