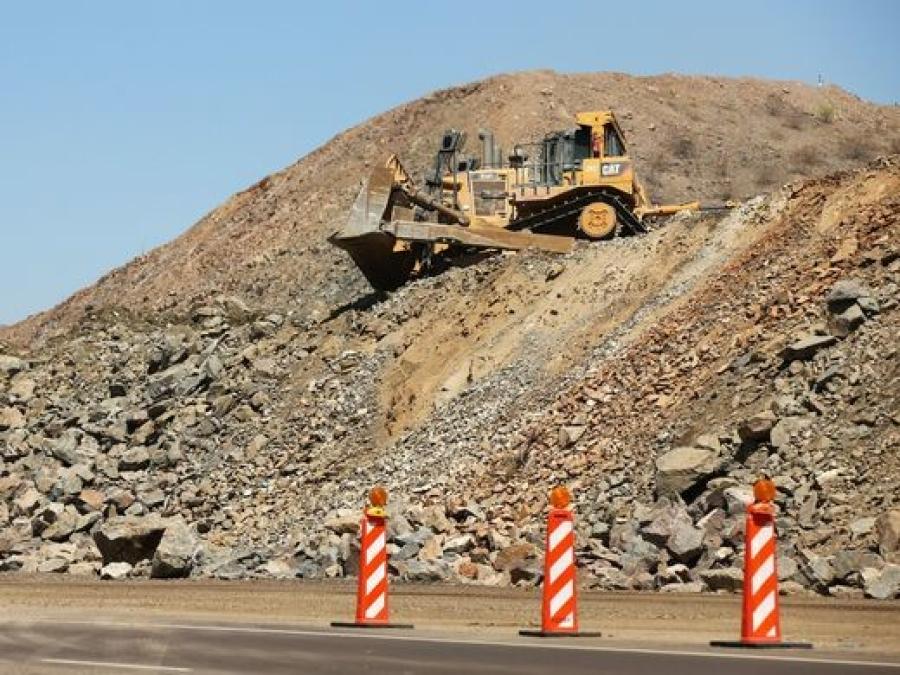 The Arizona Department of Transportation is making significant progress on two big projects. Girder placement has taken place for both the South Mountain Freeway interchange at 24th Street and the SR 87 interchange along the I-10 project.

In another step toward opening the Loop 202 South Mountain Freeway by late 2019, crews have set the girders for the interchange at 24th Street in Ahwatukee.

The 16 steel-reinforced girders are 128 ft. long and weigh more than 400,000 quarter-pound cheeseburgers apiece. It took about an hour for two cranes to hoist and place each girder during overnight closures that began May 20 and continued through May 21.

The 24th Street interchange, which will include a 132-ft.-long overpass, is one of 13 planned for the 22-mi. freeway, the longest single highway project ever undertaken by the Arizona Department of Transportation. Bridge girders have already been set at the 17th Avenue and 40th Street interchanges in Ahwatukee.

A temporary deck surface was installed on May 23.

Crews from Connect 202 Partners, the developer of the South Mountain Freeway, will return this summer to pour concrete to form the bridge deck and panels.

Nearly 1,100 girders will be installed on 40 bridge structures throughout the project.

The new interchange is located just north of the current alignment of SR 87 and will carry the road over the Union Pacific Railroad tracks as well as new lanes of I-10 to connect with Phillips Road on the other side of the freeway.

The work is part of a project to make I-10 traffic flow more smoothly and more safely in Pinal County. Crews are building 4 mi. of new interstate lanes that will widen I-10 in the area to six lanes between mileposts 209 and 213.

This fall, crews will begin creating a first-of-its-kind dust detection zone designed to identify dust storms in the area and provide drivers with information to make safe decisions.

A second ADOT team is widening I-10 to six lanes north of Interstate 8 in Casa Grande, including new bridges and a new interchange at Jimmie Kerr Boulevard. When both projects are completed by late summer or early fall in 2019, I-10 will be a six-lane freeway from Casa Grande to Tucson.

Information on both projects is available at azdot.gov/Projects.