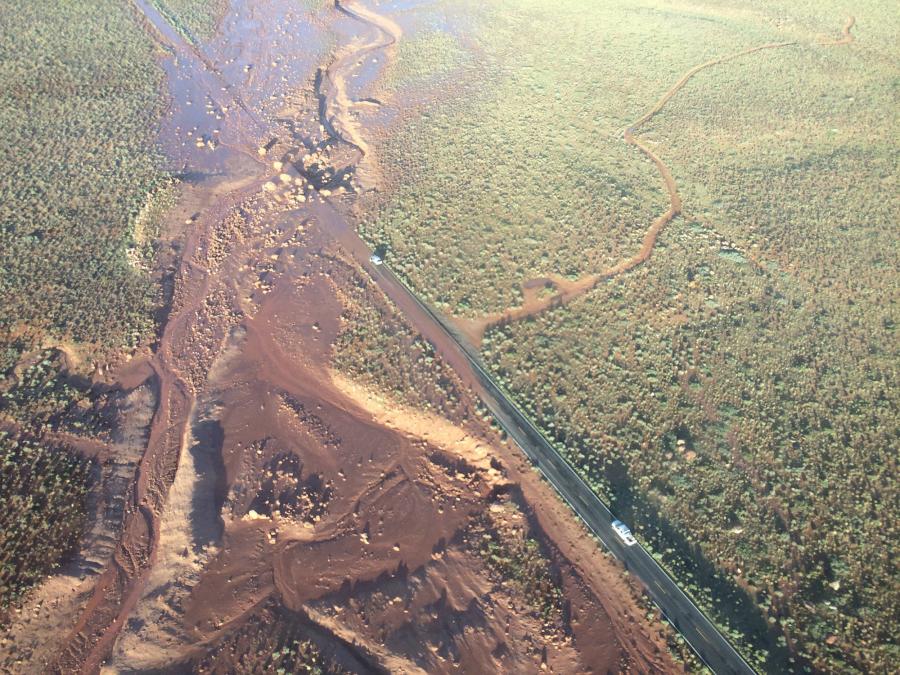 After a spectacularly strong monsoon dumped 1.5 in. of rain on northern Arizona’s Vermilion Cliffs in just 15 minutes, it was no surprise that mud and rocks had covered U.S. 89A.

After a spectacularly strong monsoon dumped 1.5 in. of rain on northern Arizona's Vermilion Cliffs in just 15 minutes, it was no surprise that mud and rocks had covered U.S. 89A.

But when Arizona Department of Transportation crews arrived on that day in August 2015, what they saw stopped their bulldozers in their tracks: boulders the size of elephants — 15 ft. (4.6 m) in diameter — and mud in seven different slides that covered portions of 24 mi. (38.6 km) of the only road across a wide area north of the Grand Canyon.

In the first six hours, ADOT crews from Page, Flagstaff and Fredonia rescued motorists trapped between mud flows, and within about 20 hours they had one lane open across the area. But the rest of the job was too big for ADOT's local crews to handle.

The solution: A process known as job order contracting allowed ADOT to bring in The S.J. Anderson Company of Mesa, Ariz., to repair damaged sections of the road quickly and at the lowest possible cost. For that rapid and efficient response as well as its value to the public, the U.S. 89A House Rock Flash Flood Project has been recognized as the 2015 Harry H. Mellon Award of Excellence Winner in job order contracting.

“This year's Award of Excellence winner demonstrated the speed, versatility and efficiencies of job order contracting, even in the face of a natural disaster,” said William Pollak, CEO of Gordian. “We congratulate Arizona DOT and The S.J. Anderson Company for the remarkable job they did serving road users in Arizona.”

Even with the challenges of a huge task in a remote location, the U.S. 89A repairs were completed in just 53 days, with ADOT providing on-site inspection. The contractor mobilized within days of proposal acceptance, bringing crews and equipment from around the Southwest.

“This award recognizes a creative approach that allowed ADOT's Northcentral district to respond quickly, efficiently and effectively to an unexpected challenge,” said Dallas Hammit, ADOT's state engineer and deputy director of transportation. “Completing the repairs and cleanup of such a large event in less than two months was an outstanding achievement.”

The value of the job order contracting process was clear when a second monsoon storm caused damage while the repairs were under way. Using standard costs approved by the Arizona Department of Administration, ADOT was able to approve the added work without delay and incorporate it into the project.

Gordian presented the award at the ADOT administration building in Phoenix.