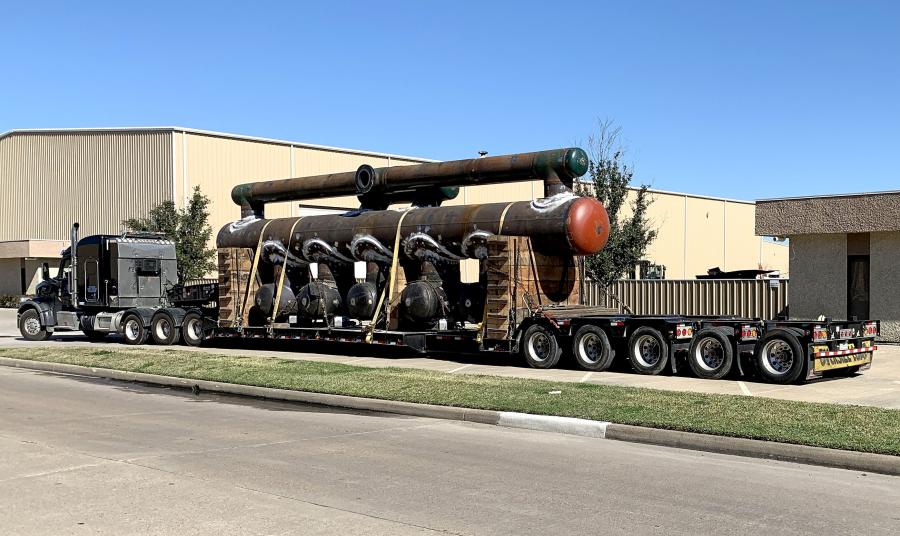 
Advanced Freight Dynamics LLC (AFD) of Spring, Texas, specializes in OS/OW shipments nationwide within the oil and gas, wind and energy markets. AFD needs a trailer that is versatile and durable, which is why it goes with XL.

Four of the company's five trailers are less than two years old, while the oldest trailer in the fleet is a 1997 XL 35-ton trailer. Recently, using an XL 110 HDE, the team loaded a Slug Catcher, which was 42 ft. long, nearly 9 ft. wide and more than 13 ft. tall, weighing in at a robust 90,000 lbs. This was another routine job for AFD, despite it taking a few days to load before successfully making the 500-mi. journey to west Texas.

"This load was for a new customer, who we are excited to begin working with," said Steven Lyons, owner of AFD. "They were really impressed with our equipment and how well the XL 110 HDE supported the load during transportation. We have featured XL's in our lineup for many years and we love the versatility and how great they look with the specialty loads we haul."