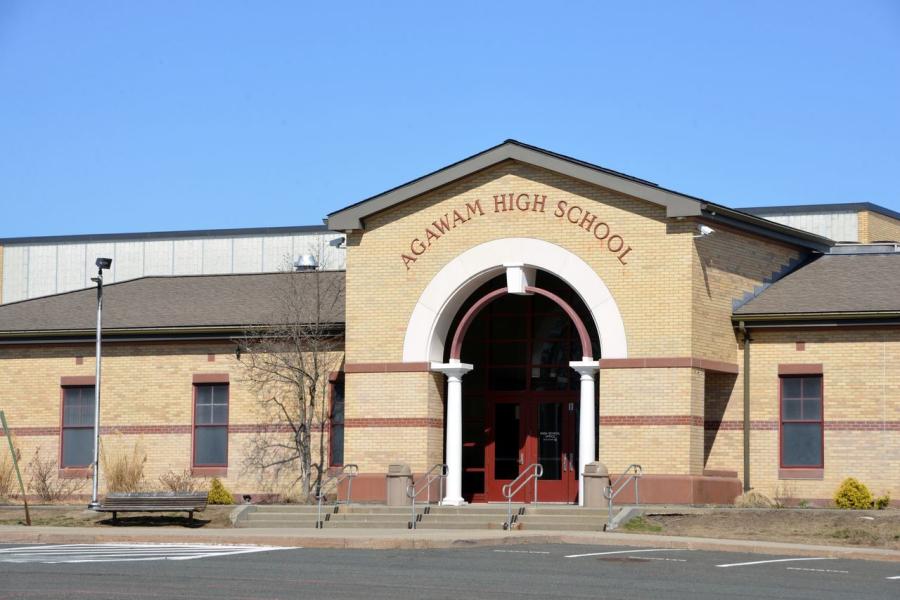 Town officials have asked the state to consider funding the renovation or replacement of the Agawam High School building at Cooper and Mill streets in Agawam.

At more than 65 years old, Agawam High School may be looking at retirement.

Town officials have asked the state to consider funding the renovation or replacement of the building at Cooper and Mill streets in Agawam. The request is one of 30 under consideration by the Massachusetts School Building Authority (MSBA), a state agency that reimburses local school districts for building projects.

In the second week of February, Agawam School Superintendent Sheila Hoffman met with MSBA officials and said she hopes they approve the town's request for funding. The next step is for state officials to tour the building and assess how Agawam's needs compare to the other applicants.

"We have a science wing that needs renovation or expansion," said Hoffman. "We also have the whole high school that's not meeting the needs of today's learning and instruction."

At 266,829 sq. ft., Agawam High School is likely the largest single-story high school in the state, said Mayor William Sapelli, who also serves as chairperson of the Agawam School Committee. He said if a new school is built, it would likely have multiple stories. Alternatively, the MSBA could recommend a renovation of the existing structure, which would involve repairing the roof and addressing the science lab needs.

"I want to see what their evaluation turns up," Sapelli said, when asked which option he preferred. "They're the experts with the engineers. If they did decide that Agawam was in line for a completely new high school, it would certainly be designed more effectively and efficiently."

Although enrollment remains within the school's maximum capacity, individual departments are facing a space crunch, Hoffman said. Special education teachers are using a blocked-off hallway as an office, with other offices and instructional rooms scattered throughout the school.

The high school has expanded its engineering and manufacturing programs in recent years by converting basement space and offices. Manufacturing classes require two adults because the classroom and workshop cannot be supervised by one person at the same time.

There's a similar problem in other specialty subjects, said Hoffman. The school has expanded the number of performing arts, visual arts and business elective classes it offers, but this means it needs additional classrooms. Every department has at least one teacher who doesn't have a designated classroom and must travel from room to room throughout the day, she said.

Boilers, electrical panels and ventilation systems have reached the end of their operational life and will need replacement in the coming years. Additionally, there are roofs and windows that need repair throughout the school, Hoffman explained. Approximately 100 emergency patches were applied to the roof after a January 2020 hailstorm. Agriculture classes cannot use the greenhouse because its roof is broken.

Agawam High School was built in 1955, with wings added in 1961, 1980 and 1997, and a smaller addition to the library in 2001. The science wing, now 40 years old, is too small to accommodate every science class, so teachers have converted art classrooms and a section of the library into instruction space, while sharing the lab rooms, according to a statement submitted to MSBA by Agawam administrators.

There isn't enough storage for science equipment or space set aside to prepare lessons. Electrical and safety systems in the science labs are insufficient to perform certain biology, chemistry and physics labs. The New England Association of Schools and Colleges recently placed the school on "warning" for losing its accreditation because of the state of the science labs.

Agawam made a push for a high school renovation project in the early 2000s when Sapelli was assistant superintendent of schools. Several other Hampden County high schools have been rebuilt with partial state funding since then, including Chicopee Comp, Easthampton, Longmeadow, Minnechaug and West Springfield. All those MSBA-approved construction projects replaced facilities that were younger than Agawam High School, Sapelli said.

The city has not built a new school since the 1970s, when Agawam Junior High School opened. It has received state funding for three repair projects in the past 10 years: installing new boilers recently at the junior high and Doering School, and replacing the roof, windows and doors at the junior high in 2012.

West Springfield's high school opened in 2014 at a cost of $107 million. Sapelli said a new building in Agawam, which has a similar enrollment, could run about $120 million at today's costs. Assuming the state covers about 58 percent of the cost, the town has enough levy capacity to raise property taxes for the building project without a Proposition 2½ debt exclusion vote, the mayor said. As an increase in the town budget, it would have to be approved by the City Council.

Hoffman emphasized that the high school repair or replacement project is still in its early planning stages. As one of 30 candidates for state funding, the project depends on how much money state legislators give to MSBA, and whether MSBA judges Agawam to have a greater need than some of the other communities applying for funds.