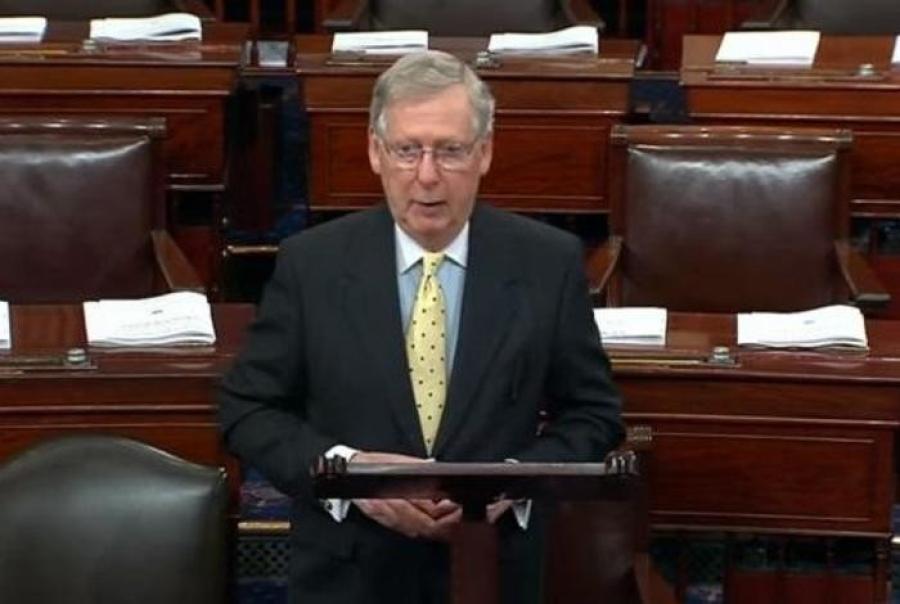 The Associated General Contractors of America named Senate Majority Leader Mitch McConnell as its first-ever Legislator of the Year for his work during the 115th Congress to support the construction industry. Association officials noted that the Kentucky senator played a key role in passing comprehensive tax reform, eliminating regulatory barriers, approving pro-employment judges and supporting key infrastructure projects in his home state during the 2017-2018 Congressional session.

"The majority leader played a vital role in passing a host of measures during the last Congress that made it possible for the construction industry to continue adding jobs and investing in new equipment and technology," said Stephen E. Sandherr, the association's chief executive officer. "His leadership in securing passage of many key pieces of legislation helped sustain the growth so many of our member firms have experience the past several years."

Sandherr said the association selected McConnell to receive its first-ever Legislator of the Year Award because of the role he played securing passage of several pro-growth measures during the 115th Congress. Among those measures was comprehensive tax reform that included rate reductions for many construction firms that file taxes as pass-through entities. The Senator also played a key role in passing legislation to remove a number of needless regulatory barriers, including the Volks Rule.

The Kentucky Senator also helped confirm many pro-employment federal judges who have helped create more legal certainty for many member firms. Leader McConnell also has been a strong supporter of many needed infrastructure projects, particularly in Kentucky, Sandherr added. He noted that the Senator's backing of the Olmsted Lock and Dam reconstruction has been particularly vital.

"The Senator has been a strong friend to Kentucky's construction community," said Richard Vincent, the executive vice president of the AGC of Kentucky. "He has helped strengthen our state's economy, reduced its regulatory barriers and improved its infrastructure."

The association created its new Legislator of the Year Award to recognize members of Congress who play important roles supporting pro-construction legislation. The association will award legislators each year. The intention is to encourage even more members of Congress to embrace measures that will boost construction employment and support necessary infrastructure, environmental remediation and development projects, Sandherr noted.

"It makes sense to name Senator McConnell as the association's first-ever Legislator of the Year given his strong support for construction employers," said Chris Nelson, the executive vice president of the AGC of Western Kentucky. "Thanks to the Senator, construction employers in our part of the state continue to thrive amid strong demand for their services."