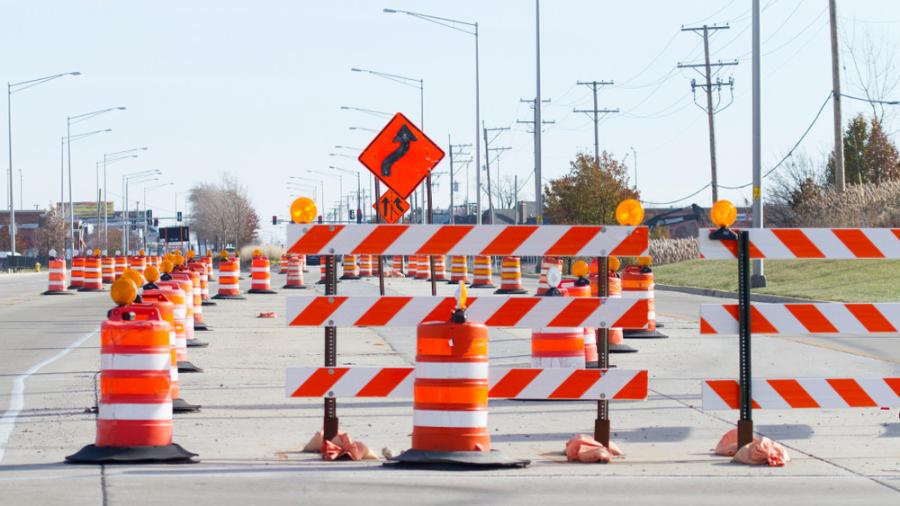 Construction employment increased in 329 out of 358 metro areas between April and May as a new survey finds that two-thirds of highway construction firms had at least one crash in the past year at highway work zones they operate.

Officials with the Associated General Contractors of America and HCSS, which conducted the survey, urged drivers to slow down and be aware while driving through highway work zones during their summer travels.

"As industry employment increases, it is safe to assume that more people are working in highway work zones that are typically close to moving traffic," said Ken Simonson, the association's chief economist. "And it is important to remember that any time your job site is just a few feet away from fast moving traffic, danger is never far away."

Simonson noted that construction employment expanded in most parts of the country between April and May as coronavirus lockdowns began to ease, according to an analysis of federal employment data the association conducted.

Many of those workers will be improving highways and bridges in work zones along busy highways this summer, the economist pointed out. That is why the association partnered with construction technology firm HCSS to conduct a nationwide survey of highway contractors on work zone safety. According to that survey, two-thirds of the 200-plus respondents reported at least one crash in the past year involving a moving vehicle at highway work zones, and 33 percent reported five or more crashes.

The only good news coming out of the survey, Simonson observed, is that coronavirus-related reductions in driving appear to have improved work zone safety. Fifty-eight percent of respondents said changes in highway traffic levels since the coronavirus made work zones safer. But with traffic already back to 90 percent of pre-coronavirus levels by some estimates, those safety improvements are likely "fleeting," the economist said.

Association officials called for new measures to protect motorists and workers at highway construction sites. They noted that 24 percent of survey respondents say a greater police presence at work zones will improve safety. Another 18 percent say stricter laws against cell phone usage and distracted driving would help. And 17 percent would like to see greater use of devices like Jersey barriers to protect workers.

Association and HCSS officials said the easiest way to improve work zone safety is to get motorists to slow down and pay attention. They added that motorists should be careful navigating the narrower lanes and sudden lane shifts that are common in work zones. And they urged motorists to obey posted speed limits and keep their eyes on the road and off their phones.

"The importance of work zone safety can be measured by the lives that it saves," said Steve McGough, the president and CFO of Sugar Land, Texas-based HCSS. "Saving the lives of our greatest asset, our people, has to come first in the planning and execution of work every day."