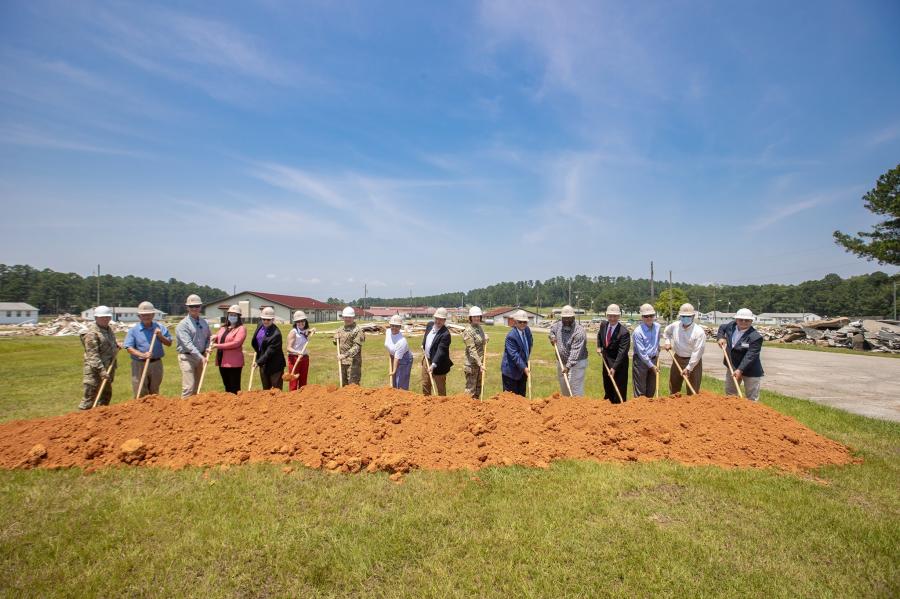 When finished, in 2½ years, the upgrade will provide living quarters for more than 350 personnel.

A news release from the ALNG explained that the modern upgrades to the center's barracks space will include wi-fi, improved heating and cooling, new laundry facilities and plenty of recreational space for off-duty hours. Some of the older barracks were demolished earlier in the summer, though service members in training will still have other lodgings at the training center, according to the Aniston Star.

"The fact the construction is only taking place now is an indication of how well the barracks have been cared for over the years," said Sandra Lucas, ALNG's deputy director of public affairs, in speaking with the Aniston newspaper. "The soldiers clean every time they leave, repairs are always made, and maintenance helps the buildings last longer."

Better, more modern accommodations are one goal of the project, but the newer buildings should cost less to maintain and less to heat and cool, she explained.

Lucas also told the Star that there had been a show of public support for the facility's improvements since they were first announced in late July, some of which came from former trainees at the site.

"We noticed a good bit of traffic on social media from soldiers, airmen and marines saying, 'I stayed back there way back when,'" Lucas recalled. "It's more than just buildings; there's a whole sense of pride associated with it."

In announcing the groundbreaking on its Facebook page, the ALNG said the Fort McClellan Training Center "will provide modern lodging at the highest DoD standard to the soldiers, airmen, marines and civilians who come to train on our post."

The Facebook post added, "The new facilities represent an ongoing partnership between ALNG leaders, state, county and city officials, and local businesses that will pay dividends in the health, safety and quality of life for hundreds of thousands of service members for many years to come."

The Alabama National Guard's Fort McClellan Training Center in Aniston acts as a center of military command for U.S. military personnel. The Army base houses personnel, conducts training operations for active duty and reservist forces, stores equipment and supports military operations not only for soldiers, but for service members representing the Air Force, Coast Guard, Marines and Navy.