The flight simulator enables pilots to train against modern threats in a highly-realistic environment. 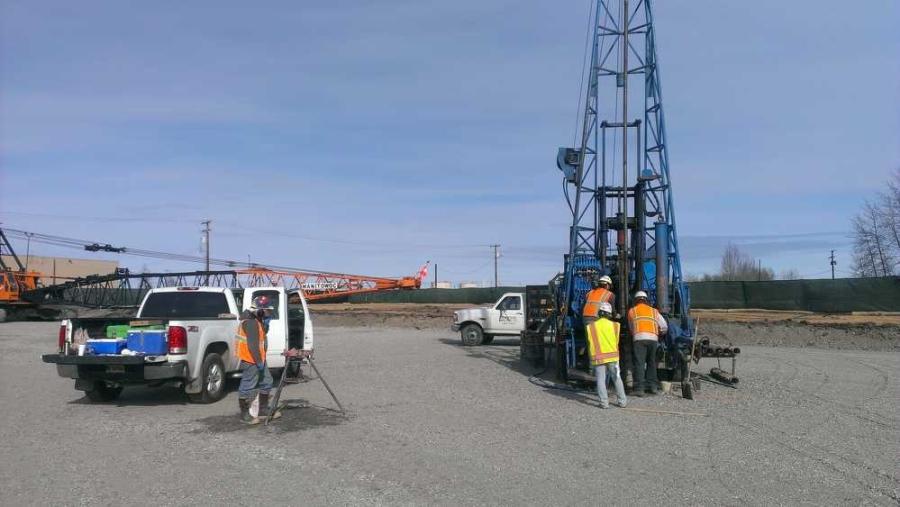 In addition to the F-35 flight simulator building project, roughly three dozen buildings will be built or renovated, adding more than 420,000 sq. ft. of infrastructure in the overall base.

At Eielson Air Force Base in Alaska, construction is under way on a $22 million F-35A Lightning II flight simulator facility. The simulator will allow the initial F-35 pilots, who arrive at Eielson approximately six months before the first aircraft arrive, to maintain many of their flying currencies and skills. It also enables them to train against modern threats in a highly-realistic environment.

In 2015, the Air Force tapped Eielson Air Force Base to become the first operational overseas location for the F-35A Lightning II. In March 2017, an official ceremony was held.

“The groundbreaking for the flight simulator is the first major military construction project in the F-35 beddown,” stated 1st Lt. Brett Brunner, the 354th Civil Engineer Squadron F-35 construction project manager chief. “The ceremony is both for this facility and the entire project at large.”

In addition to the F-35 flight simulator building project, roughly three dozen buildings will be built or renovated, adding more than 420,000 sq. ft. of infrastructure in the overall base. Fiscal year 2017 will include renovations to current hangars and two additional hangars, renovating squadron operations, weapons storage facilities and missile maintenance facilities.

Monica Velasco, F-35 program manager, Alaska District, U.S. Army Corps of Engineers. said the elements have been a concern from the beginning.

“Due to our unique Alaskan climate, it's incredibly important to begin construction as soon as feasible in late April or May, in order to get as much work completed prior to winter. There hasn't been anything unpredictable to the weather.

“The biggest challenge with any project at Eielson AFB is the sub-arctic environment, where temperatures can reach -60 degrees Fahrenheit and where the sun allows for only a few hours of daylight during the winter months. Challenges in this sub-arctic condition include limitations on excavation due to frozen ground, which then allows for only a few months to prepare the ground, place foundations, set the structure and get the building envelope constructed so to enclose the facility prior to winter setting in.”

Because of the sub-arctic climate and the depth of frost at the northern Alaskan military base, it took a while to break ground for the flight simulator. Following groundbreaking, the main focus during construction was implementing the soil improvements.

Due to high seismic activity in Alaska, the soil improvements for the flight simulator included excavating, backfilling and performing deep dynamic compaction. Deep dynamic compaction consists of dropping a heavy weight (30,000 lbs.) from a crane in a repetitive pattern in order to densify the liquefiable sands and gravels in order to minimize deferential and total settlement induced by an earthquake.

Other construction under way this summer at the base includes an earth-covered magazine project; and the F-35 program has two more projects — an aircraft hangar and a field training detachment facility.

As for the challenges when dealing with multiple construction projects, said Velasco. “There are several projects that are in close proximity to one another and that rely on each other for utilities and other infrastructure. These projects have required close planning and coordination during design, and will continue requiring close coordination by USACE and the multiple contractors once construction commences.”

The F-35 flight simulator has a scheduled completion date of September 2018. Earthwork and deep dynamic compaction are complete.

“The site was a fairly flat grassy area, with a single birch tree at the location of the building. It was actually the site of a previous building which had been demolished awhile back. There really wasn't much of a clearing effort on this site. Excavation work took the bottom of the excavation very close to the groundwater level, since Eielson AFB has a fairly shallow groundwater table,” he said.

“During earthwork activities, the main heavy construction equipment were bulldozers, excavators, dump trucks and crane which performed the deep dynamic compaction,” said Hammett. “During structural steel placement the main piece of equipment will be a crane. In terms of tonnage, the main materials used in the construction of the flight simulator are concrete, structural steel and concrete masonry units.”

For the design team, working on the project has been gratifying and educational.

“Multi-agency cooperation was essential to the success of the project. Intense work sessions with Lockheed Martin, USACE and various arms of the USAF assured that the design team fully understood the technical requirements of the facility, while adapting them to the harsh climatic conditions at Eielson Air Force Base.

Carlson said the extremely technical facility houses some of the most sophisticated pilot training simulators in the world.

“We are expecting approximately 3,500 new Airmen and family members to Eielson by the end of 2021. This will include more than 1,200 active duty members with their families. The North Pole and Fairbanks communities have been extremely supportive as the F-35 program has evolved throughout the last several years, and we look forward to sharing our maturing mission with our broader audience. Having this fifth generation aircraft in the interior is going to be an excellent opportunity for our airmen and the community.”