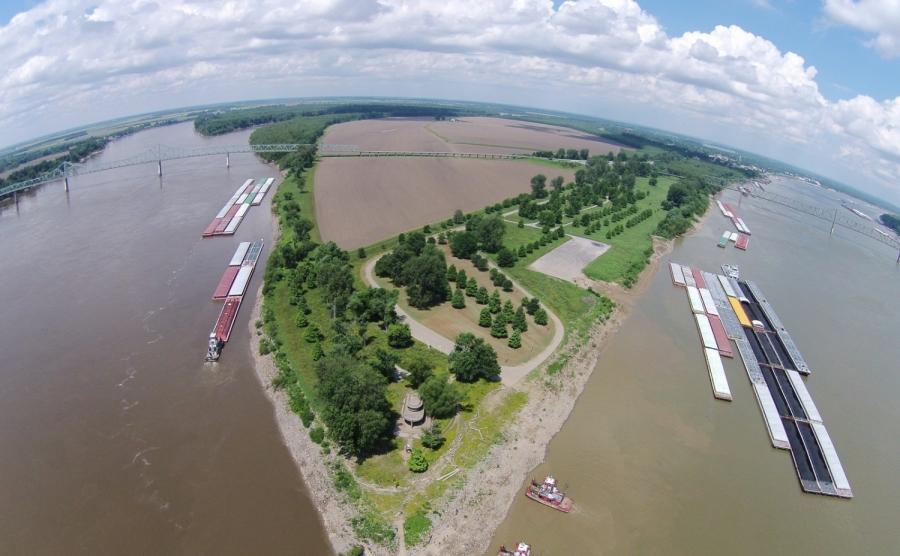 Gov. JB Pritzker announced Aug. 4 that the state of Illinois will provide $40 million through the Rebuild Illinois capital plan to anchor a public private partnership that will construct a new inland port in Cairo, Ill., at the confluence of the Mississippi and Ohio Rivers. The state will immediately grant $4 million to the Alexander Cairo Port District to fund final engineering, permitting and site preparation at the new port.

The Alexander Cairo Port has been in development for years and represents one of the largest investments in southern Illinois in decades. Its construction would create 500 jobs and more than $100 million in economic activity, according to a Northern Illinois University economic impact study. The port will position Cairo, Ill., as a national hub for the United States shipping and logistics industry.

Eighty percent of the nation's inland barge traffic travels past Cairo, and the site is served by three major interstate highways and class 1 rail lines. Cairo also has the advantage of being protected from flooding by recently reinforced levees and remaining a deep, ice-free site year-round. Major logistics and commodities businesses have already committed to using the new port to move crops, container shipments and bulk products once it is completed.

The port district is in discussion with several private investors who are interested in providing funding to complement the state investment. The release of state funding will enable the Alexander Cairo Port District to accelerate its efforts to finalize construction funding and recruit new business partners.

Economic impact studies have shown that the port will create much-needed jobs and business growth not only in Cairo but in all of Illinois' counties south of I-64. Leaders see the port as a critical step to link the region to global trade markets while capitalizing on southern Illinois' strategic location.

"Rebuild Illinois is really about investing in the long-term economic success of our state — and this port project has the potential to represent the very best of our state's future. Because this is more than a port — it's also fuel for new jobs and newfound economic prosperity in a region that's been left out and left behind for too long," said Pritzker. "This will lift up farmers and industry across the region."

"The Cairo Alexander Port will provide a resource that American industry needs will create economic growth and good jobs for southern Illinois in the process," said Larry Klein, chairman of the Alexander Cairo Port District. "We're grateful for the support of Governor Pritzker, Senator Fowler and leaders across Illinois. We look forward to working with our public and private partners to build a facility that is ready for the future of global shipping."

"After seven years of hard work, we finally have the development capital to move forward and build a port that strengthens private industry and the economy of southern Illinois," said Todd Ely, lead consultant of the port district and president of Ely Consulting Group. "I'd like to thank Governor Pritzker and members of Illinois' General Assembly for supporting this project."