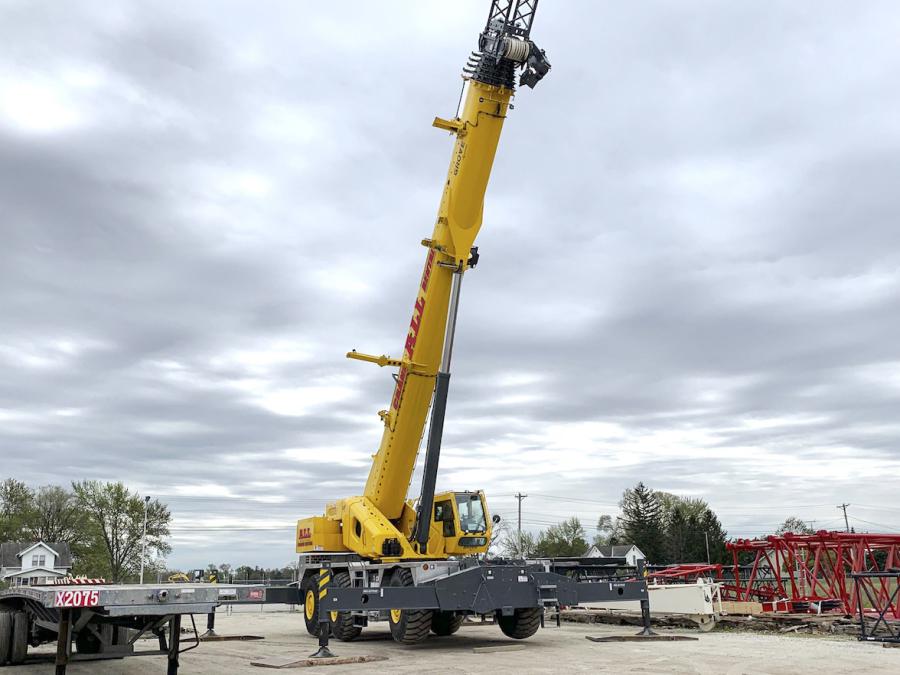 All Crane is expanding its fleet of rough-terrain (RT) cranes.

The All Family of Companies is expanding its fleet of rough-terrain (RT) cranes with a new 18-unit package from Grove that covers weight classes from 55-ton capacity up to 165-tons.

The four GRT9165s are in addition to four of the same unit purchased last year, a testament to their popularity with customers, particularly in wind energy, plant work and general construction in tight urban job sites.

Introduced in 2018, the GRT9165 is the highest-capacity, longest-reaching Grove rough-terrain crane, according to the company. Its 205-ft. boom is a favorite in wind markets, where the height of windmills continues to increase.

"It used to be that 130-ton or 150-ton capacity RTs were the workhorses for wind," said Chad Rados, industrial project coordinator of ALL. "But now, 165-tons is the sweet spot, and they are typically on site for extended periods."

The strength of the unit relative to its size also makes it attractive for urban construction.

"It packs a lot of power and reach into a small footprint," said Rados. "It is highly mobile on job sites compared to ATs and crawlers, requiring no real disassembly before moving to another location on the same site."

Rados also touted the ease of transporting the GRT9165 to job sites, which requires just three truckloads to deliver in full.

These same attributes drive interest in the GRT9165 among industrial plants, where scheduled downtime can be more easily accomplished with a machine that fits virtually anywhere and quickly moves from place to place.

ALL began taking delivery of units from this order in spring 2021, with the remainder expected to arrive throughout the balance of the year. Rados said they will be deployed across ALL's footprint of 33 national branches.